A message to all mobile app development lovers- the famous Java is no longer the only language used to build native applications on Android. Since 2017, Google has launched its new language: Kotlin. The main objective of this new technology is to replace Java in the long term, and for good reason, technology has some (good) surprises in store for you.

Every mobile app development company in India can create native Android applications either with Java or with Kotlin and even by combining the 2 languages ​​(that said, we do not recommend it for the sake of project readability). 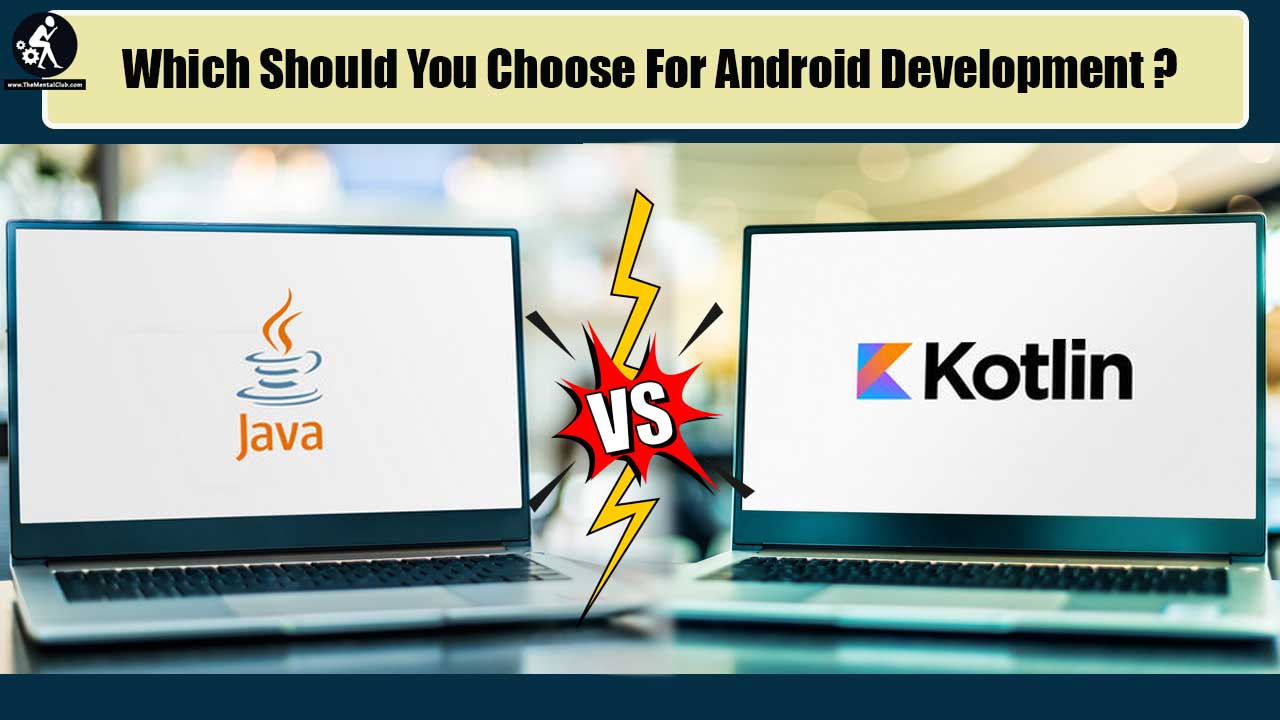 After having tested several Android applications in Java and in Kotlin, we now discuss Java vs Kotlin which you should choose for android mobile app development.

Let’s go for the verses for native Android development: Java VS Kotlin.

Impossible to compare Java VS Kotlin without mentioning Android Studio. Android Studio is the main solution for developing a project on Android. Currently, Android Studio is maintained by JetBrains. Just like Kotlin. In fact, the IDE is more and more turned towards the new language, and regularly pushes for its adoption with the development of new tools, even if it means leaving Java aside. 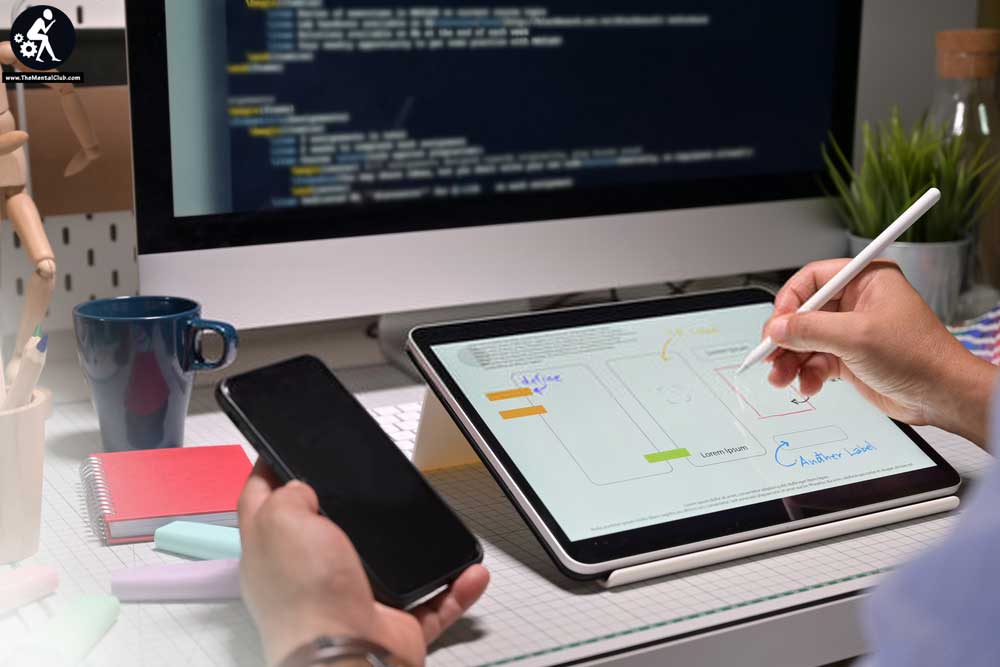 Main differences between Java and Kotlin

As we said a few lines earlier, Kotlin’s ultimate goal is to replace Java. To understand the differences between these two languages, we will build on the basics of Java and analyze what Kotlin adds, modifies, replaces or removes.

Present in the Java language, primitive types (non-object data types) are no longer present in Kotlin. Kotlin wants to be an exclusive object language. And for good reason, this new system allows the management of ‘NULL’: this means that we can define whether an object can be NULL, or not. If the object can be NULL, it can be managed. 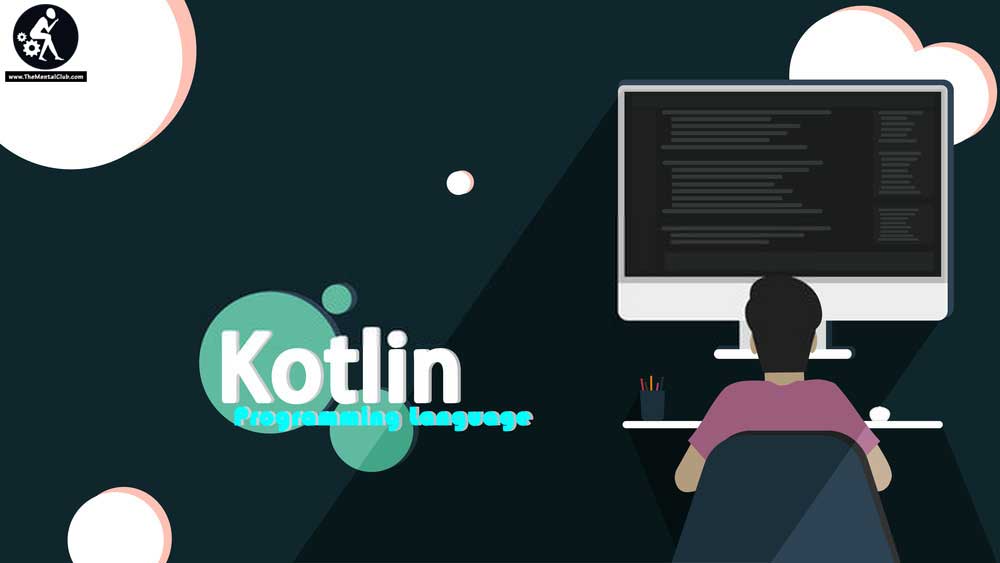 In Kotlin, a list may not be editable and therefore only readable. Java’s ternary operator disappears to be replaced by conditional structures returning values ​​(if / else,…).

In Kotlin, it is now possible to add functions to objects, but not to add the attribute without creating a class that extended the object.

All the attributes present in the default constructor of a class are public. It is nevertheless possible to make the setter private. On the other hand, any attribute present elsewhere can be private. 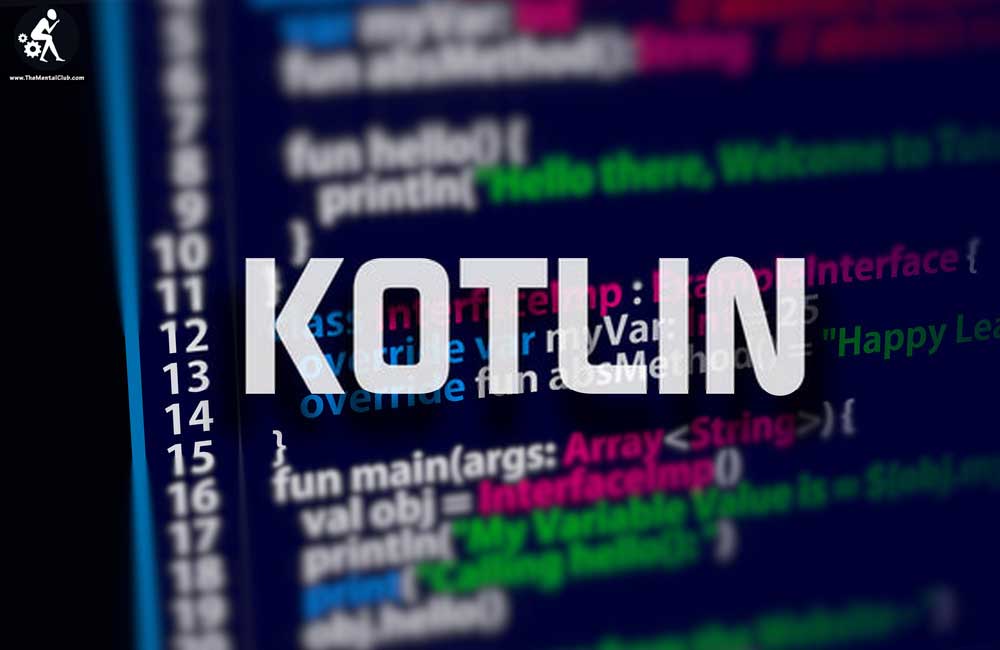 Data classes: yet another Kotlin novelty.

With Kotlin, it is possible to create ‘data class’. This allows you to create classes that automatically override the ‘equals, hashCode, toString and copy’ functions. These data classes also offer the possibility of retrieving each attribute independently in variables.

In terms of features and new features, Kotlin has done a good job of making our lives easier and that’s not all. 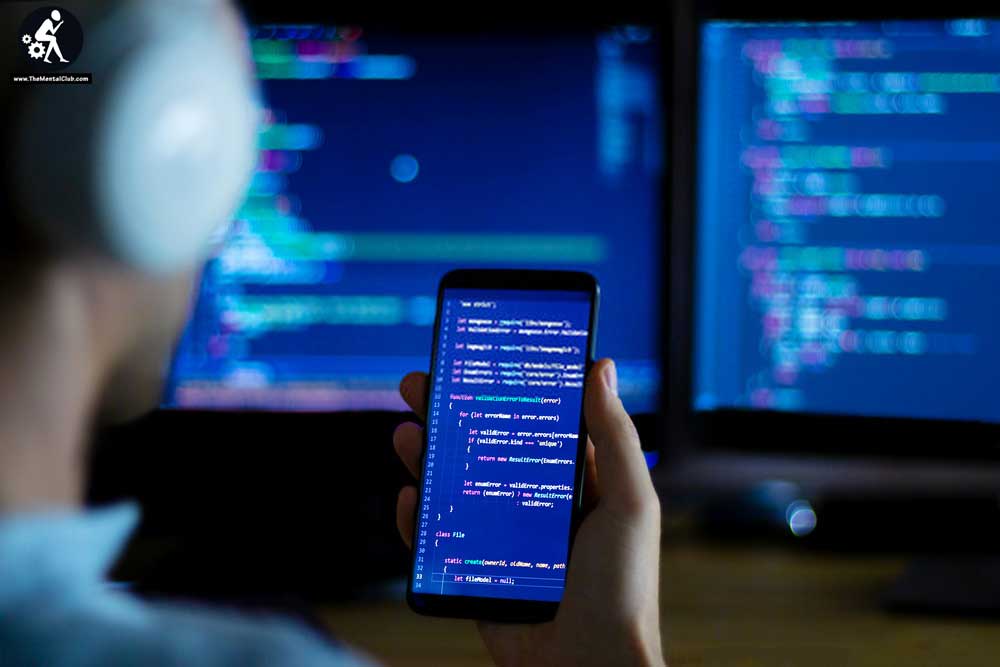 For example, the GreenDAO library which is an ORM for SQLite databases on Android, does not support Kotlin objects. The objects must necessarily be in Java to be able to use it (for objects linked to the library)

And the youth of Kotlin is not only felt at the bookstore level. The lack of information and help from the community at the moment is also noticeable. Indeed, it is not uncommon that when looking for a solution on the web, the only answers we get are not fully functional. Which is much less often the case on Java.

For now, Java’s history and larger community is working in its favor. However, that tends to change quickly, Kotlin is catching up with phenomenal speed.

Getting started with languages

Inspired by various recent languages ​​(and based on Java), Kotlin’s syntax is relatively easy to learn. It is even, from our point of view, much easier to understand than Java. The best mobile app development company in India or mobile app developer considers Kotlin over Java for quick and easy Android app development.

Kotlin overcomes one of the main faults of Java: its excessively heavy syntax! On this side, Kotlin is doing much better! Even if it takes the main features of Java, it has a much lighter syntax and a host of functions designed to lighten programs and speed up development. It is really very appreciable! Kotlin and the management of NULLs: a real treat.

Another big weak point of development in Java is the handling of “NULL”, because, on its own, it can double the size of a class. This overloads the code and increases the risk of error.

On this point, Kotlin arrives with objects “NULL” or not (at the request of the developer), and management of “NULL” is much less syntactically heavy.

Be careful though with the new features of Kotlin! New features are great but some can be dangerous if used improperly. We can cite for example the Coroutines (“mini thread”).

In summary, the handling is much easier on Kotlin and errors much less frequent, which gives Kotlin a slight advantage over Java in our comparison.

On the performance side, the difference between these two languages ​​is really not significant! We cannot say that one really takes the ascendancy over the other. 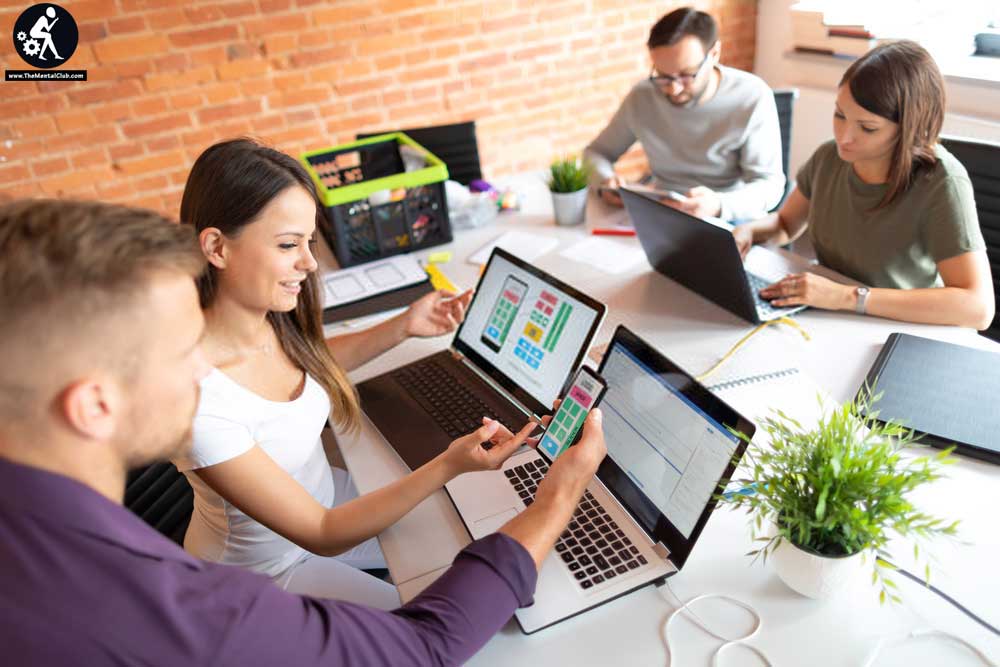 Rather, the difference lies in the factors that influence performance:

In Java, the performance of an application is mainly related to the developer. And yes, since Java’s functions are limited, the responsibility for optimizing its functions lies with the developer. This has the effect that each function does only the bare essentials of course, if the developer is doing their job well.

On the Kotlin side, the performance of an application is more related to the compiler. Indeed, Kotlin provides a lot of functions, and all these functions are optimized during compilation. What moreover has the effect of increasing the time necessary to generate the project.

Ultimately, since it is the Java virtual machine that will run the application, the memory will be managed in the same way.

After that, do you have to trust a developer or a compiler? Hard to choose.

So in terms of performance, the two solutions are equivalent for us. 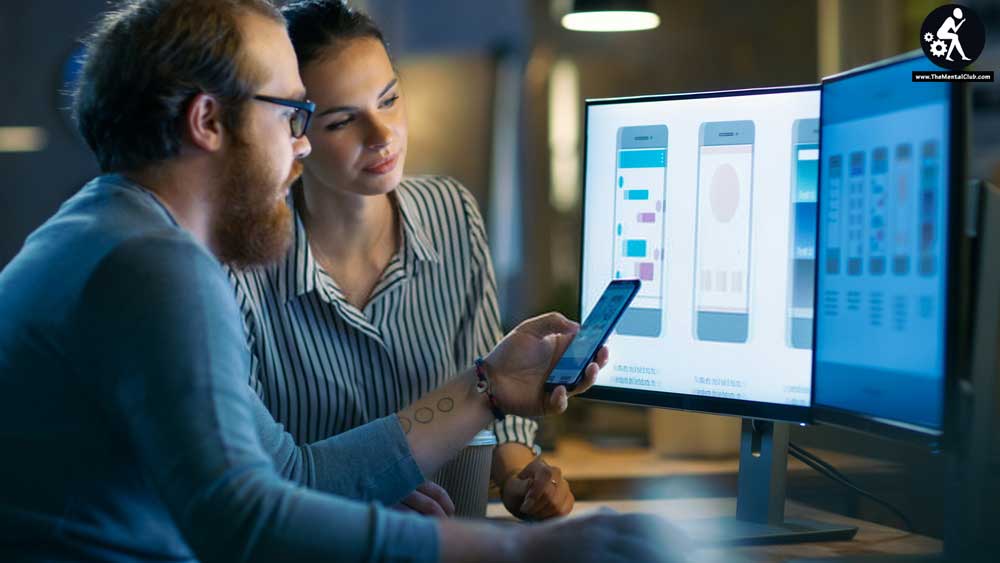 From our point of view, a project developed in Java will have less chance of “omitting” in the future compared to Kotlin. Why? Simply because once again, Kotlin is a young language. Also, it is very likely that it will evolve further and that functions will be renamed, see deleted and others added. Whereas, on the Java side, we have less to worry about when it comes to evolutions!

On the other hand, a project in Kotlin will have more chances to find developers interested in maintaining the project afterward! Because yes, if we consider the syntactic youth of Kotlin and its proximity to recent syntaxes and technologies, developers will turn more to this type of language. Who says more interest from developers, also says greater community. Compared to the age of Java, and the attractions of new generations of developers, Kotlin should, if Google continues to support this language, become more easily maintainable than Java!

In summary, Kotlin’s primary goal is to replace Java for Android app development. To do this, this new language comes to plug the main weak points of Java at the development level but behind it, it is always the Java virtual machine that executes the code.

A historic language for Android development, Java has a large, experienced community that is its strength. However, its age-related syntax is quite heavy (not to mention the “NullPointerExceptions”) and no longer attracts crowds.

Kotlin does not have such a mature and experienced community. On the other hand, it does well thanks to its much more concise syntax and its proximity to recent languages, which make it a much better solution for development on Android today.

Java wins by its community, where Kotlin wins by its light syntactic approach and close to recent languages. 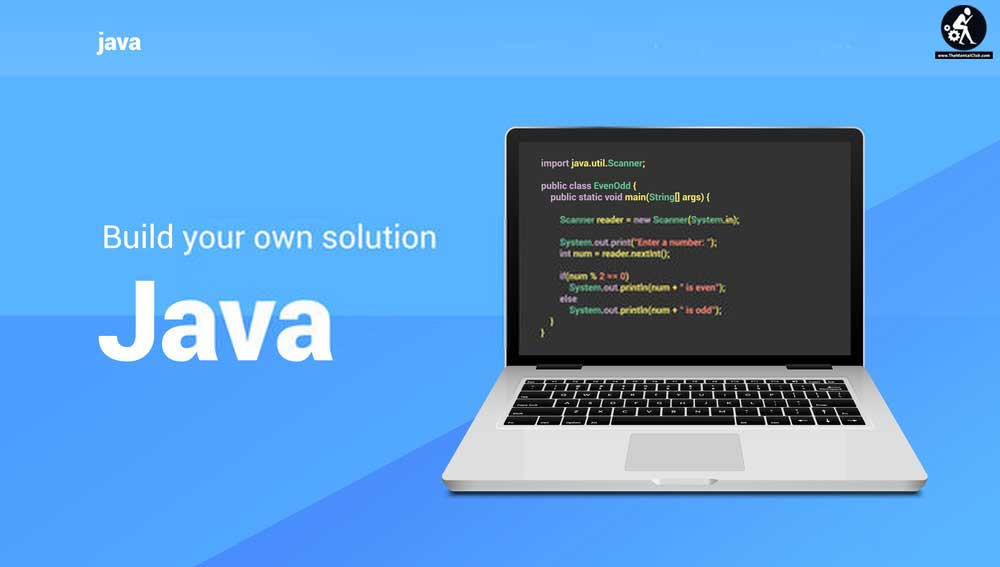 If you are planning to build a mobile app for your business and have no idea about Kotlin and Java then mobile app development company in India.

How to convert a website into an Android app