Removable Battery vs Non Removable Battery. Friends, I know, this type of question has in Smart Users with a removable battery and a non- removable battery. Read today’s tune because today I have gone to give a good description of this subject, which will remove both doubt and misconception in your mind. If you are a regular reader, then know it surely, I just don’t like to give more time in the introduction, so let’s filing toward the subject. 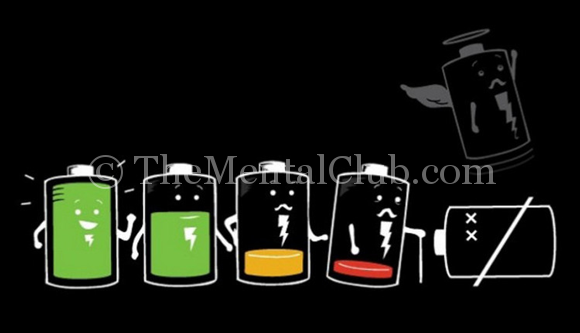 The Importance of Non-removable Battery

But that would not have been on the previous phone, now it has become a trend that battery will not remove in your phone [Other ways to take care of the battery in a smartphone. There are actually two or three different reasons behind this. Let’s know:

In past days, in the case of the Nokia phone, when a battery of phone would be wasted within 2-3 years, then buying any cheap battery from the market, which would be used. The quality of all that batteries is useless. And fake battery would be bought with the name of Nokia. But bringing all that batteries and after setting in the phone, after some days it would be seen that the battery was swollen of the phone. Or it would be heard that sometimes, the fire has spread by the short circuit in the battery of the phone. But who was to give blame? The company of your phone. It would be said, for that company phone has blasted. What can you face by using a mobile phone?

So in this situation, now the mobile, preparing company thinks that they set a sealed battery in their phone. For which one general user can’t open that. And if the battery is wasted then that is replaced only I service center. As a result, the user can set a real battery of good quality, without setting a cheap battery. For this, your security will keep safe and the reputation of the company will maintain also.

The third reason is at the time of changing battery it can see that price of prepared the battery is high by your phone company. Like, suppose removable batteries have set in your phone. And you saw at the time of changing, the price of your company’s battery is 2000/- and the price of other company’s battery of the same quality is 1500/-. So why you will pay 500/- above, where others company, have supplied the same quality in less rupee. So in this situation, the Phone Company gets a barrier from earning more profit. For that, some company decides to set the non-removable battery in their phone, for which user will come to change the battery to them definitely. And in this way, they will be able to earn more profit.

Some misconceptions with non-removable battery

Now let’s go to discuss with some misconceptions which we have in our mind. See, many people think that, non-removable battery phone means it is not possible to change after. You have got this subject clearly that in reality, it is possible to change. Yes, the problem can be seen almost in all phone’s battery after 2-3 years. But you think that, do you use any phone continuous 3 years? Yes, that phone is used continuously if it gives good service, but most of the time it is seen, after using 1-2 years we sell that phone. And then we bought a new phone at that time.

So in this situation, you don’t need to change the battery. And if there is a problem after that? It is very easy matter, which work you will do, instead of this going to the service center, they will do it within 2-3 minutes. And they are more skillful person than you.

Many people think that user removable battery of the phone is more beneficial. We can use both batteries together. We will keep it as a backup by charging one and other battery will set in the phone. Really? Well, tell me, have you used a phone like that? Yes, it is possible. I’m not saying it is totally impossible. But why you will invest money to buy another battery? Who wonders with two batteries in nowadays? When two batteries will stay with you then think there is no more charge in a phone, change battery.

Again, you think to charge another battery. Then you think about charging this phone, then again battery, then phone. Off your life will get complicated. We use a good power bank for ignoring the problem of battery charge in nowadays [some tips on buying good power bank]. Which is a great solution? In spite of this you stay at home, stay in office or in the car, in all places, but you will charge your phone easily and also you will use it [the technology of the fulling battery within 15 minutes].

So it is better to remove the tension by changing the phone’s battery again and again. Because going to do such a thing, the back part of the phone can be loose. In spite of this, as a result of changing battery more, battery pin can be a waste. And battery may be useless by spots of the connector on battery. In spite of this opening SIM and memory card are more beneficial in a phone of non-removable battery [Know before buying memory card].

Many people think that if the phone is hung on what they will do? Which would be seen in a Nokia Symbian phone before. We used to restart by opening the battery if the phone was hung. But if the phone’s battery can’t open then how you will restart the phone? See in nowadays modern smartphone hangs less and if it then hangs for 10 seconds, press power button and home button on your phone, your phone will restart. If you use an android phone, press for some time power button on the phone, your phone will restart [why update doesn’t come in your Android phone?]. So friends don’t worry about it.

Removable Battery vs Non Removable Battery. So this was the reason, for which we needed by using a non-removable battery. And this is a sure good subject. Because of using this phone design of your phone gets more beautiful, and it keeps value surely. And in spite of this, we should go forward definitely. Of course, we should use new technology. Then it will possible to change of smartphone [Is the generation of a smartphone at the way to end?]. You don’t need to think of that- is your phone’s battery, removable or non-removable? Yes, you need a battery of good quality which you will charge and discharge [know details about quick charging technology]. Anyway, friends, it is enough for today. I hope you have enjoyed this tune surely. So support me by sharing this tune definitely. And definitely comment me to inform opinion or any question.

Use Android Phone as Computer/Laptop Speaker