Home Dating Tips HOW TO SPOT AN EMOTIONALLY UNAVAILABLE MAN...

Knowledge is power, as they say in some circles. In the beginning of any relationship, we tend to be far more objective than when more time has passed and we have developed an emotional attachment. Because of this, it makes sense to be more alert to begin with, especially if you have a pattern of falling for emotionally unavailable men.

THE DEFINITION OF EMOTIONALLY UNAVAILABLE MAN 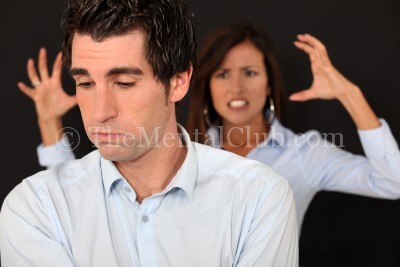 Emotionally unavailable men are either absent in spirit or literally not there, for one reason or another. In some cases it is because they are married or in a relationship with another woman—in which case it stands to reason that their emotional energy is diverted elsewhere. But in other cases a man is emotionally unavailable because he has been damaged by a previous relationship and can’t/won’t commit to anyone else. Sadly, in both cases you are on a one-way ticket to nowhere and the moment the penny drops, you are advised to get out quickly.

HOW TO SPOT AN EMOTIONALLY UNAVAILABLE MAN?

1.Emotionally unavailable men are almost always very charming in the beginning. They are the guys who go to extreme lengths to attract your attention. They chase you, bombard you with attention, and go the extra mile to ensure you are hooked. And then, once you ARE hooked, they lose interest and the shining light of love fades like a dying torch.

2.Emotionally unavailable men blow hot and cold more often than the weather. One minute they are all over you, texting you and telling you they can’t last another night without seeing you. Then they suddenly go cold and you don’t hear from them for days. Soon you don’t know whether you are coming or going, which makes you feel anxious and insecure. Not a nice state to be in.

3.Emotionally unavailable men often have a vast array of close female friends. Many will be exes, but he will be deliberately vague about the status of some of his female friendships, just so you aren’t quite sure whether he is still seeing them or not.

4.Emotionally unavailable men struggle to talk about their feelings or anything involving the “relationship”, so the moment you try and pin him down about “where this is all going”, you can expect him to look deeply uncomfortable and probably disappear shortly afterwards.

5.Emotionally unavailable men don’t make you happy and a relationship with a man of this type can best be described as deeply dysfunctional. Instead of feeling loved up and secure, confident that your man cares for you and is planning a future with you, you often feel ignored and sidelined, uncertain about how he feels, and unsure of whether the relationship is even a relationship, let alone if it’s going anywhere.

6.Emotionally unavailable men conduct relationships on their terms. They see you when it suits them, not when it suits you, and if you try and make demands on their time, they back off and leave you out in the cold until you cave in and beg them to come back.

7.Emotionally unavailable men are usually commitment phobic to boot, so if he’s blowing hot and cold all the time and won’t commit to anything other than a late night booty call (at his convenience), you may as well call time on the relationship now.

How do you know if a woman likes you?

6 ways to impress a man on a date

How to Write a Love Email