Munger is one of the popular districts in the state of Bihar. If you find out the historical records, then you see Munger has lots of historical attractions. Beautiful nature and charming weather of this site also attract many visitors. Read this article to know about the best tourist spots in Munger District. Bihar School of Yoga, Bhimbandh Wildlife Sanctuary, Munger Fort, Shri Krishna Vatika, Kashtaharni Ghat, Sita Kund, Chandisthana, Tomb of Pir Shah Nufa, Manpathar, Ucheswar Nath Temple, Gurudwara at Piparpanti, Baptist Mission, Pirpahar, Kharagpur Lake, Kharagpur Catholic Church, Kakandi Teerth, Mullah Mohammad Sayyid Grave, Goenka Shivalaya  these all places are the major attraction of Munger District. You can visit any time in this beautiful destination but winter is the best time to visit Munger District. 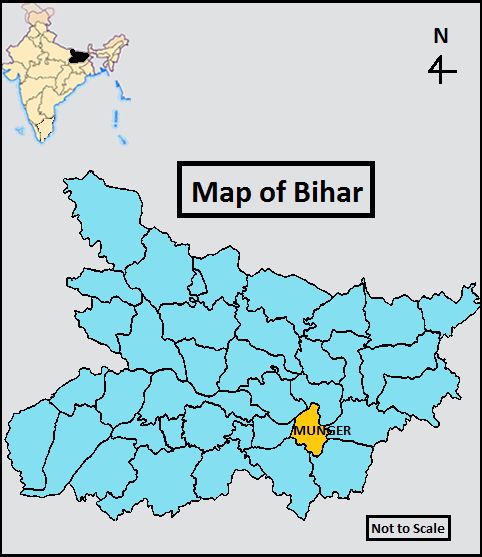 Let’s have a look at the best Tourist Spots in Munger District [Bihar, India]

Bihar School of Yoga in Munger district
1 of 3

The Bihar School of Yoga was established in 1964 by Swami Satyananda Saraswati, who was a famous yoga Sadhu. The headquarters of Yoga education is located inside the ancient Munger Fort. This is the first Yoga University in the world. Students come here to learn about Yoga from different countries, such as USA, UK and Australia. Here in this university also thought various types of Yoga skill by the Yogic Sadhu. The specialized courses offered in this University are Yogic Sadhana, Yogic health management and Yogic stress management.  This institute also provides the platform to complete different types of project and research.  Scholarship facilities are also available here.

Bhimbandh Wildlife Sanctuary is a wonderful place for every nature lovers. It is located at the top of the Kharagpur hills in Munger district.  This Sanctuary spread over an area of 682 square kilometres. A beautiful big dam presents in this forest and it derived its name from Bheema, who was a famous legend of Epic Mahabharata. Actually, this Sanctuary was established to preserve the Biodiversity. So many species and 2 biomes (grassland biome and forest biome) have been found in this Sanctuary. Major faunas are in this sanctuary are wild boar, panther, van murgi, nilgai, tiger, chital and sambhar. This all animal makes this place very thrilling. Hot Springs of this place attracts many visitors and during the migratory season, a huge number of migratory birds reach here from a far distance.

The Munger Fort in Bihar
1 of 2

The ancient Munger Fort is a historical attraction of Munger District. It was constructed during the period of the Slave dynasty. It is located on the bank of the river Ganga. The unique architecture of this fort reminds the glorious past of this place. There has 4 gateway, one on each side to entire into the fort. It is situated in the middle of the two hill, spread over an area of 222 acres. If you visit this place then you see various architecture inside the fort, such as Grave of Phir Shah, Chandisthan temple, the palace of Saha, old British cemetery etc.

Shri Krishna Vatika is famous for its charming nature. It is situated near the Kashtaharni Ghat. The sightseen of this place attracts many visitors. Mainly local people come here every day to spend their time with their family. It is one of the best relaxing places in this district. It derived its name from Dr Shri Krishna Singh, who was the first chief minister of Bihar. This beautiful place surrounded by a wonderful garden. The grave of Gul and Bahara is present inside the garden. This site is highly related to the history. 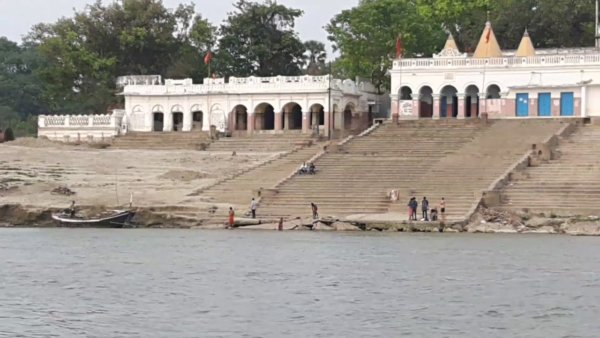 Kashtaharni Ghat is a holy place of Munger district. It is said that once upon a time Lord Ram and Mata Sita bathed at this site while returning to Ajodhya from Mithila, after that this place becomes a holy place. This place is also famous as pilgrim centre for Hindu religion. The word Kastaharni meaning the bathing place which expels all pain. Manpathar is a very popular place, which situated near the Ghat.

Sita Kund is a famous lake of Munger. It is a holy hot spring, located near a temple. There is another reservoir of cold water, which is popular as Rama Kund. According to the mythology, when Mata Sita came out of the fire, she took bath in this pool and the heat of her body was absorbed by the water of the pool. During Magh Purnima, a huge number of visitors come here to take a holy dip in this spring. Lakshman Kund, Bharat Kund and Shatrughan Kund also situated beside the Sita Kund.

Chandisthana is one of the famous Hindu temples of Munger. It is known as popular Sakti Peetha. 51 major Shakti peethas are situated in all over in India, Chandisthana is one of them. The temple is dedicated to the Mata Chandi. Chandi is another name of Durga Mata. The temple was built on this site too based on the left eye of Devi Sati’s fell in. Navaratri is the major festival of this site. During this time the temple collects a huge number of visitors. 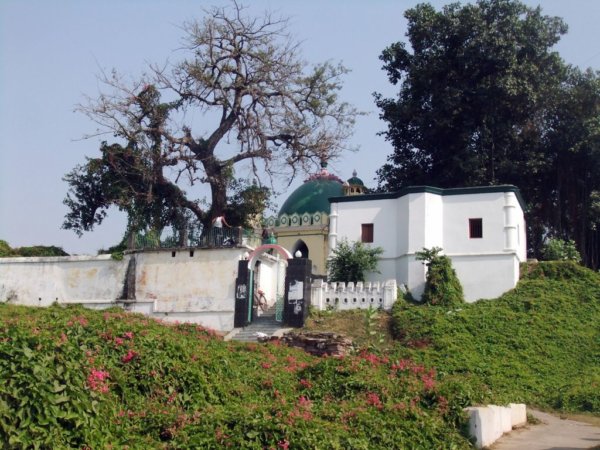 The tomb of Pir Shah Nufa is also known as the Pir Shah Nafah Shrine.It is the grave of a Sufi saint from Persia. The tomb situates near Munger fort and present form dates back to 1177. There is 16 feet high domed grave chamber at this place, which has a Pryar room and a rest room. In this place, a mosque was built by Prince Danyal for honouring the Sufi Saint. Every year 1st January here a Jalsa (Musical program) arranged by the authority of this mosque and collects huge numbers of visitors.

Manpathar is popularly known as Sita Charan. It is situated near the Kastahami Ghat in Munger district. There are footprints on the rock that are believe to be Goddess Sita. This temple is considered as one of the ancient holy temples of Hindu. 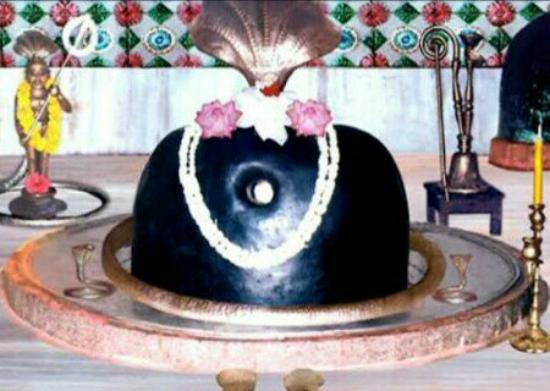 The Ucheswar Nath temple is situated in Munger district. The temple is dedicated to Lord Shiva. This temple is mainly used for the tribal marriage. During the time of Mahashivratri here a big fair arranged and management by the villagers.

Gurudwara at Piparpanti is an important destination for the Sikh community. There is a beautiful temple is situated on Piparapanti road, which is dedicated to the 9th Sikh Guru, Guru Teg Bahadur Singh. After few years this temple was converted into a gurudwara. This place is highly known as an important pilgrim centre of Sikh religion. 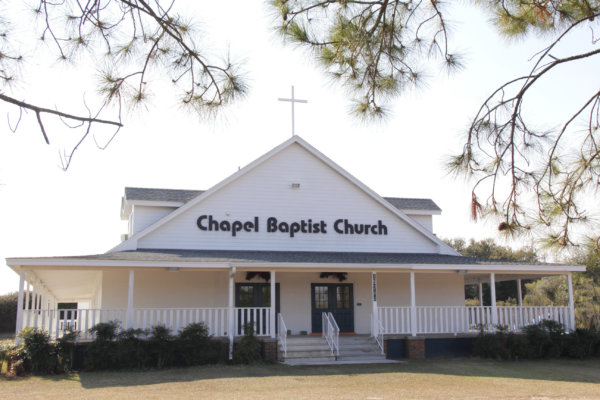 The Baptist Mission at Munger was established in 1860. This place is also famous for the tomb of Andrew Leslie, who is a Baptist missionary and he came to India for translating the new Hindi Testament. 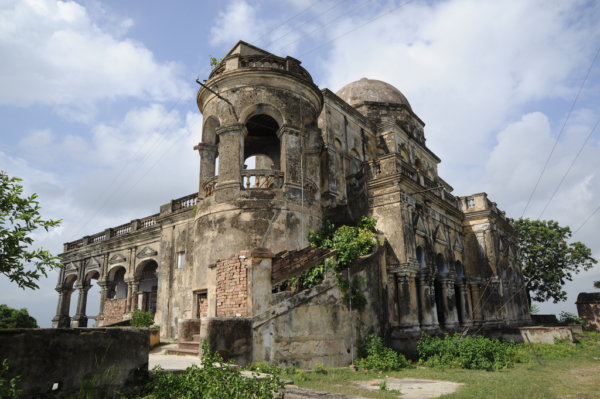 Pirpahar is a hill, it derived its name from a Mohammadan Saint, also known as Pir. On the top of the hill, there are situated 3 tombs. There are many beautiful inscriptions are present on the rocks, which is dedicated to Marry Anne Backett, who was an English composer.

The Kharagpur Lake was constructed by Maharaja of Darbhanga. The lake is situated at a distance of 3 kilometres from Munger town. The lake mainly used for irrigation purpose. The five princess waterfalls is another attraction of this destination, which is located close to the Kharagpur Lake. Beautiful nature and charming weather of this place attract many visitors. 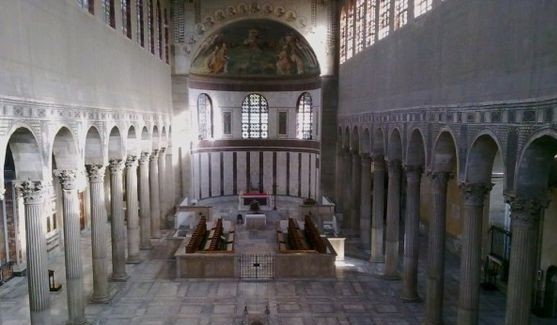 Kharagpur Catholic Church is located on the Bhagalpur-Jamui road. It was established in 1964, but it was destroyed by dacoits. After few years Fr. Chacko E.O. reconstructed a new Church at the same place.

Kandi Teerth is famous for the birthplace of Suvidhinath Bhagwan, who was 9th Jain Tirthankara. The Jain temple is considered as a popular pilgrim centre of Jain religion.

Muruk is an important place in Munger district. This place is popular as an idol picnic spot. It is situated at a distance of 13 kilometres from Munger town and a part or Kharagpur hill. 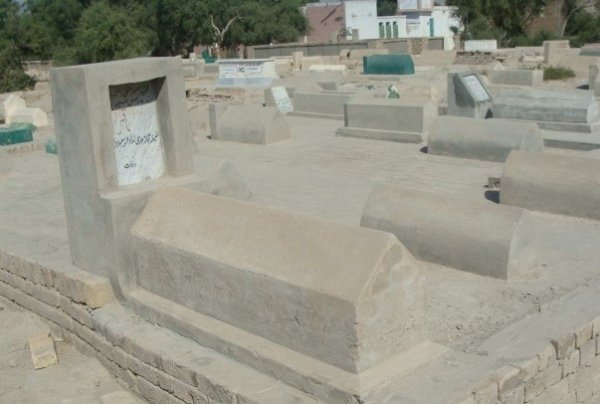 Goenka Shivalaya is also known as the Machli Talab. The word Machli means fish and the word Talab means water tank. There is a beautiful Hindu temple situated in the middle of this place, which is dedicated to Lord Shiva. This temple surrounded with a beautiful garden and the water tank also filled with fish. Various types of fishes and beautiful scenery of this destination attract many tourists.

If you love adventure, so friends don’t waste your time and visit all amazing destinations in Munger District, which I have already mentioned.