Nalanda is one of the popular Districts in the state of Bihar.  Nalanda is popularly known for its historical importance and beautiful architectures.  If you find out the historical records, then you see Nalanda has lots of historical attractions. Ruins of Nalanda University is the prime attraction of this site. Read this article to know about the best tourist spots in Nalanda District.  Nalanda University, Nava  Nalanda Bihar, Surajpur Temple, Surya Mandir, Hiuen Tsang Memorial Hall, Nalanda Archaeological Museum, Stupa of Sariputra, Bihar Sharif, Kundalpur, Baqra Mandir, Gaon Mandir, The Great Stupa these all places are the major attraction of Nalanda District. Most of the ancient architectures of the Medieval period are present here. you can visit any time in this beautiful Destination but winter is the best time to visit Nalanda District. Lets have a look at the best Tourist Spots in Nalanda District [Bihar, India]

Nalanda University is one of the ancient university in Bihar, it was constructed in 5th century BC. This excavated archaeological complex is a popular attraction for every tourist. It is spread over an area of 14 hectares. The university surrounded with the beautiful garden and made of the red bricks in the Kushana architectural style. The university is located in Nalanda district near the capital (Patna) of Bihar. As per the historical records, this university was famous for higher education. This university is known as one of the largest universities in the world.  The Gupta kings built various monasteries and Emperor Ashoka also built few temples in 3rd century BC, which attracts the tourist’s eyes. Lord Buddha, Harshavandhana, Hieun Tsang all legend stayed here for a long time. When Hieun Tsang wrote about the university with his wonderful experience, after that Nalanda University became famous in the world history. Now, this ancient site beautifully maintained and decorated by the government. If You are a student of History then can choose this site for your research purpose.

Nava Nalanda institute in Bihara
1 of 3

Nava Nalanda is an educational institute, which was set up in 1951 by the Bihar Government. Nava Nalanda is also known as Nava Nalanda Mahabihar and situated near a lotus pond in Nalanda district. This institute was established for the conservation of the status of the ancient Nalanda University. This institute mainly emphasized on Pali language and Buddhism for the teaching purpose. Many people come here from Sri Lanka, Korea, Japan, Tibet and Bhutan, for several research and studies on Pali language and Buddhism.

Buddha statue in Surajpur Temple or Surya temple in Nalanda, Bihar
1 of 2

The Surya Mandir is also known as Surajpur Temple, is situated near the Nalanda ruins University. The temple is dedicated to the Sun God. “Chat Puja” is the main festival of this temple. The Bengali month of Vaishak and Kartik “Chat Puja” is held here twice in a year. During the festival, the temple collects thousands number of devotees from different places. Idol of Mata Parvati and others Hindu Goddess statues of this site attracts many visitors.

Hiuen Tsang Memorial Hall is situated in Nalanda district. It is dedicated to the famous Chinese Scholar, Hiuen Tsang. Hiuen Tsang was a great writer. He stayed in this country for a long time and studies about yoga in Nalanda University, under the supervision of Acharya Shil Bhadra. This memorial hall fulfils with many famous writings of Hiuen Tsang, which remains the old culture, architecture, lifestyle and education setup of Nalanda University about medieval India.

The Nalanda Archaeological Museum is a popular attraction for every tourist, which was built in the year of 1971. This Museum has a huge antic collection. The sculptures, manuscripts, seals and statues these all things are present here. This museum is divided into four main galleries and all are filled with antiques. The status of this museum present here from date back to the time between 5th and 12 century AD and most of the statues are made of Basalt stone.  The main gallery of this museum has many sculptures like as Trailokya Vijay, Maitreya, Buddha in Varad, Parshvanath etc.

The Great Stupa or Stupa of Sariputra: 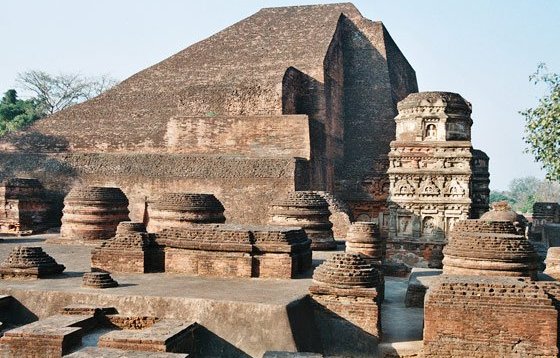 The great Stupa or Stupa of Sariputra is one the famous attraction of ruins Nalanda. Sariputra was the favourite disciple of Lord Buddha. The Stupa was built in the 3rd century. The Pyramidal shape stupa surrounded by the pillars. The unique structural stupa is protected by seven layers. The corner looms and neighbouring stupas at the place are ornamented with niches of Bodhisattvas and different events of Buddha’s life. 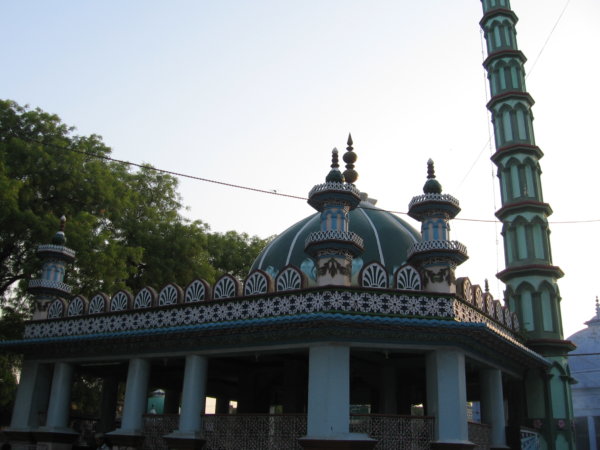 Bihar Sharif is an important centre of Muslim learning, constructed in the 13th century. Various graves and mosques of this place remain of Islamic architecture of the medieval period. Bihar Sharif is a popular pilgrim centre. The  Prime attraction of this site is the grave of Makhdum Shah Sharif-Ud-Din, who was a famous Muslim saint. Buddhist Bihar, a prison of the time of king Jarasandhan and few temples are other attractions of this site.

Kundalpur Religious Place in Nalanda
1 of 2

Kundalpur is a small village is famous for the birthplace of Gutamswamiji, who was a popular disciple of Lord Mahavira. It is said that Lord Mahavira has visited this place many times to communicate his religious teachings. Another popular attraction of this place is a Buddhist Monastery, which constructed between the years 424 BC and 454 BC during the rule of king Kumar Gupta.

Pawapuri is a holy pilgrim centre of Jains. Once Lord Mahavir stayed here for a few days and died here. After his death,  he was cremated in this place. After that, this place became a holy place. The is a beautiful pond name Lotus pond, which is another attraction for every tourist. The major festival of this site is Rajgiri dance festival and Chhat Puja. During the festivals, various classical dances are performed by the devotees and visitors.

If you love adventure, so friends don’t waste your time and visit all amazing destinations in Nalanda District, which I have already mentioned.