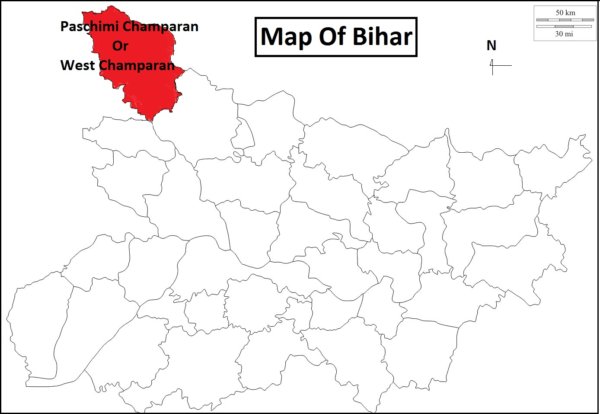 So many tourist attractions in Paschim Champaran or West Champaran, Valmikinagar is one of them. Valmikinagar is popularly known as Bhainsa Lotan. Important and one of the major attraction of this site is a Big Dam, which is built on the river Gandak. This dam is the lifelines of the north-western part of Bihar. This is also generating hydro-electricity. Nature’s beauty of Valmiki Nagar is just amazing. Sylvan Surrounding of Valmikinagar is a most popular destination because here the gushing streams of Gandak break the ascetic calm of the Himalayan foothills.

scenic view of Valmikinagar
1 of 4

Valmiki National Park or Valmiki Wildlife Sanctuary is a great national park. It is situated on the bank of the Gandak River in West Champaran District of Bihar state. This national park or forest is mainly covered by the grasses. Various types of birds, animals and nature’s beauty are the attraction of this park. This Sanctuary is famous as a preserver of Tiger. There are different types of flora and fauna are also exist in this national park. The main attraction of this national park is Mammals. Other animals and birds in the park include Indian leopard, Indian elephants, sambar, barking deer, spotted deer, hog deer, wild pigs, bison, crested eagle, Pallas’s fish eagle, three-toed quail, flycatcher, grey shrike, green willow warbler, tree pipit, white eye, green barbet, waders, ibises, storks, pitta, plovers, snipes, pied hornbill etc.

Valmikinagar is also famous for the Ashram of Valmiki Maharishi, who was the author of the great epic Ramayana. Here in this place, he spends a most expensive time of his life. Lord Shiva temple, built by Bettiah Raj and an ancient Shiv-Parvati temple is also collecting a huge numbers of devotees.

Bank of Triveni is located in West Champaran District. It is situated between the Indo-Nepal Border and just five miles away from Valmikinagar.  Bank of Triveni is famous as a meeting place of river Gandak, Panchanand and Sonaha. This confluence is a holy place.  According to the Hindu holy book-“Srimad Bhagwat” describe the thousand years of battle between Gaj (Elephant) and Grah (Crocodile) was started in this place. Every year in the month of 11 an annual fair is held in this holy place, it is called “Magh Sankranti”.  Huge numbers of devotees come here to enjoy the fair and take a holy dip in this confluence. This festival is also known as “bathing festival in holy rivers”. 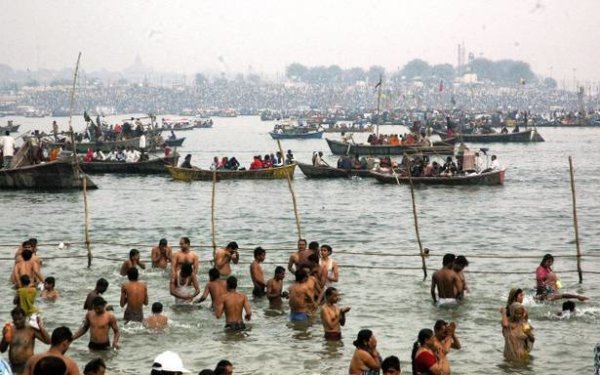 Bawangarhi is located on the Indo-Nepal border near Tribeni. The term Bawangarhi literally means 52 forts. This name is given to ancient remains of some fortification along the Gandak River. Bawangarhi is an older fort in Bihar. It is a great tourist attraction. This place is also known as Tripan Bazar. Bawangarhi is popular for its massive embankments process as well as a big reservoir. 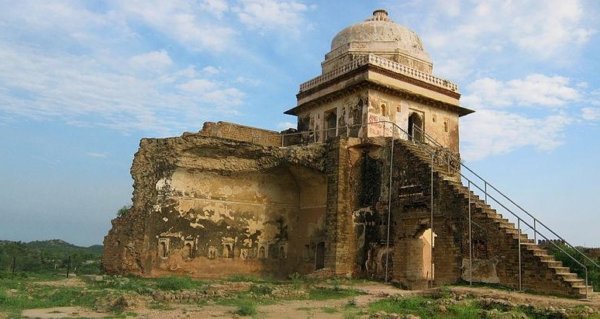 Bhiknatohari is a beautiful destination in Gaunaha block on the northern part of West Champaran District. This place is popular for its beautiful scenario. This place is given a clear view of the snow-capped Himalayas and the Annapurna peak in the winter. One upon a time George V had visited this place for hunting. Now a beautiful bungalow is still present here.

Sumeswer is a beautiful hill area of West Champaran, Bihar and it is located at a height of 2884 feet above sea level. The most popular attraction of this site is ruined fort, water bodies and excellent view of Himalayan picks. A beautiful water body is present with good management and it storage water for the use of local people. A magnificent view of the snow and of the intervening valleys and low hills situated in Nepal can be seen. You can also see the scenic view of the great Himalayas Peaks of Dhaulagiri, Gosainthan and Gaurishanker from the ruins fort.

Brindavan is situated in Gaunaha Block at a distance of 10 Kms from Bettiah. This venue is famous for the annual conference of “All India Gandhi Seva Sangh” in 1937. Mahatma Gandhi, Dr. Rajendra Prasad and Shri J.B. Kripalini have attended the conference. A basic school founded by Gandhiji has been working here from that time.

Bhitiharawa ashram is a hut where Gandhiji lived once. This ashram is situated in Gaunaha block. Gandhiji started his freedom movement at this place that’s why it is known as “Champaran Satyagraha” in Indian history. 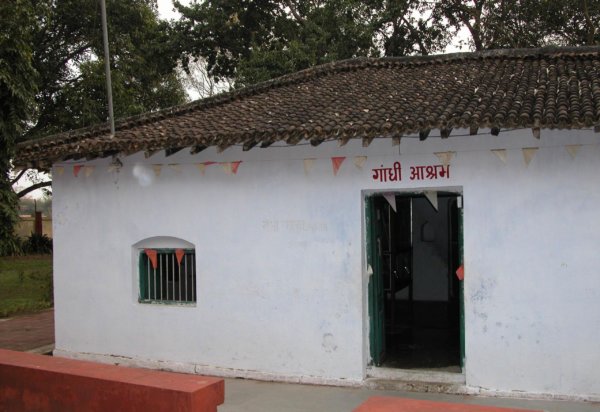 Nandangarh and chankigarh are located in Lauria block of West Champaran District. It is most attractive or researching place for every archaeologist. This historical place attracts many people by its unique archaeological structure. These mounds are actually so big, which are remains of the palaces of Nanda Dynasty and Chanakya, the world popular economist. Saraiya Man is a wonderful lake n West Champaran, which is situated at a distance about 6 kilometres from Bettiah town. The water of this lake is considered salubrious for assimilation because of blackberries (Jamun) planted on its banks which fall in the water. Beautiful nature and charming weather of this lake attract various types of birds from the different places.

Ashoka pillar is located in Lauria historical block.  The lion pillar of Ashoka over 2300 years old and is in excellent condition for good maintenance. This pillar is 35 feet height and its base diameter is 35 inches and upper diameter is 22 inches. The beautifully completed massive pillar remains as the best example of the skill of labourers in Ashokan Age. Two more beautiful pillars have been discovered near to Gandhiji’s Bhitiharawa Ashram in Rampurwa village of Paschimi Champaran.

If you love adventure, so friends don’t waste your time and visit all amazing destination in West Champaran District, which I have already mentioned.

Taj Mahal – The wishes of all hearts