Giridih is an important tourist destination in the state of Jharkhand. Before the year 1972, Giridih was a part of Hazaribagh district. Now, Giridih is famous as one of the popular headquarters in Jharkhand state. Giridih is a place where one can take a break from drudgery daily monotony & simply rejuvenate. Geographical location of this district is totally interesting. The word Giridih means land of hills. This district surrounded by the beautiful forest, hills and various small and big coal mines. Here in this post, I have prepared a full list of tourist spots in Giridih. Read this article to know about the 10 best tourist spots in Giridih district. Parasnath Hills, Sammed Shikharji, Usri Falls, Khandoli, Kharagdiha, Devari Temple, Madhuban, Stevenson Memorial Church, Rani Sati Mandir, Jain Museum these all are the major attractions of Giridih district. Winter (Mainly September and October) is the best time to visit this destination because this time you can enjoy the scenic beauty of the hills. 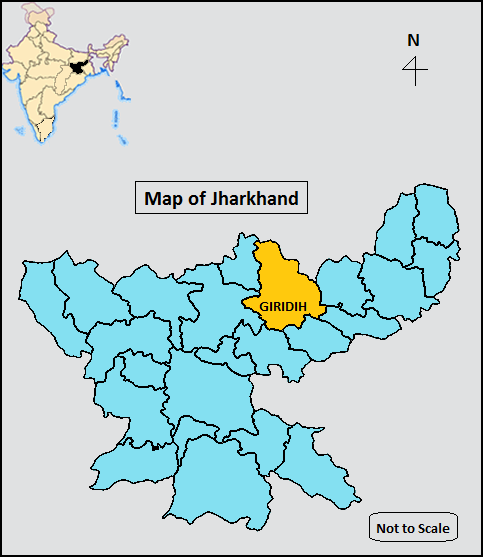 Let’s have a look at the list of 10 best Tourist Spots in Giridih District [Jharkhand, India]

Parasnath Hill in Giridih, Jharkhand
1 of 2

Parasnath Hill is located in Giridih district. It is one of the most popular destinations in Jharkhand. Climbing and trekking facilities also available here. On the top of the Parasnath Hill has a beautiful Jain temple which attracts many devotees. Parasnath Hill is known as a very good place for shoot sunset. If you reach the top of Parasnath Hill then you will see the scenic beauty of golden Giridih. 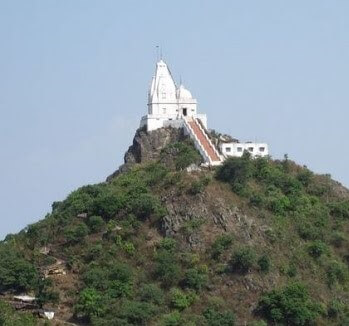 Sammed Shikharji is located in Giridih district. It is considered as one of the popular pilgrim centres for Jains. It is the place where twenty Tirthankaras attained salvation. Sammed Shikharji is also known as Tirtharaj.  During the time of occasion, many devotees come here to complete their Worship.

The Usri Falls is an attractive waterfall situated at a distance of 13 kilometres from Giridih on Usri River. River Usri is a tributary of Barakar River. This waterfall surrounded by dense forest and hills. Beautiful nature and charming weather of this site attract many visitors. The waterfall is falling down from a height of 40 feet. The tourists come here to taking a bath. Now, this destination is known as an ideal picnic spot.

Khandoli Park and Lake in Giridih
1 of 2

Khandoli is a small village in Giridih district. Kandoli Park and Lake is the main attraction for couples. The area of this lake is very quiet and silent, surrounded by the small hill. Most adventurous features of this place are parasailing, boating, kayaking, rock climbing and elephant safari.

Kharagdiha is a small village in Giridih. This village is famous for the Langta Baba Samadhi Sthal. Langta Baba was a famous Saint of this village and who worshipped by the local people.

Devari Temple is situated in Devari village. This temple is dedicated to Goddess Durga. During the time of Durga Puja, this temple collects a huge number of devotees. 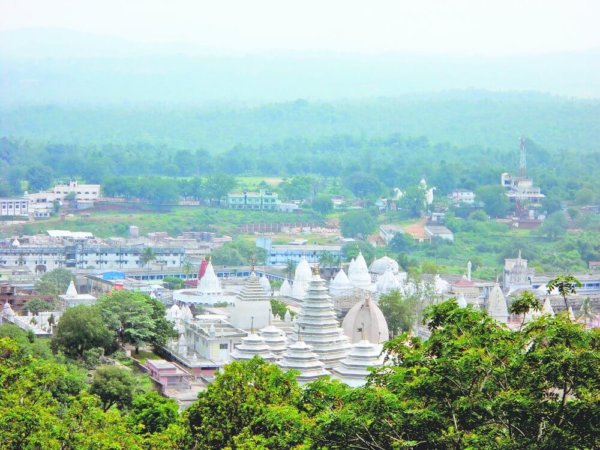 Madhuban is a famous pilgrimage centre for Jains. It is located near Pirtand tehsil in Giridih district. This site is known for an old temple, which is around 2000 years old.

Stevenson Memorial Church and temple in Giridih district, Jharkhand
1 of 2

Stevenson Memorial Church is located in the Pachamba area, the church was built in 1871 by Archibald Tempton. Pachamba is a tribal area, he visited the area and established a hospital. This church derived its name from William Henderson Stevenson, who was a popular doctor. Many tourists come here to visit this ancient church.

Rani Sati Mandir is located in the middle of the Parasnath hills, near Usri falls. Every year this pilgrim centre is hosting a wonderful fair and collects a huge number of visitors.

Jain Museum is located in Madhuban. This museum is famous as a preserver of antique collection such as old scriptures, idols, manuscripts etc. There is a telescope installed in the balcony of the museum, which is the main attraction near every visitors. Visitors usually take a clear look on the telescope to see the scenic beauty of Parasnath hills.

If you love adventure, so friends don’t waste your time and visit all amazing destination in Giridih District, which I have already mentioned.

Qutub Minar – a living testimony to Delhi’s venerable past