The road is the most efficient source of transportation. Nowadays driving on Indian roads is like walking on a rope. But in India the road conditions are is too much pathetic. Roads are meant to lead us to our destinations, no matter whatever the weather condition or topography is. But there are some roads around our country that are highly connected to the way of Hell. These all adventures roads are too much risk for every driver. Most of the roads are located beside the mountains and remote terrains that’s why these roads are listed as top 10 deadliest roads in India. 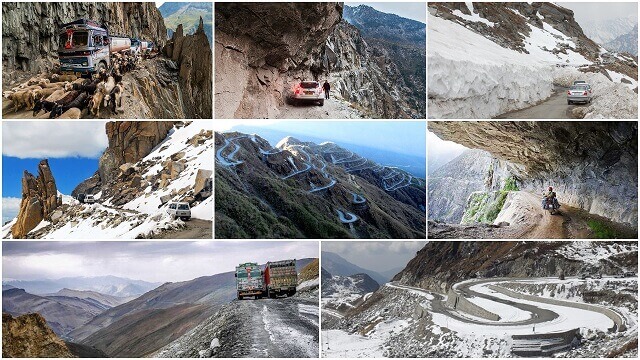 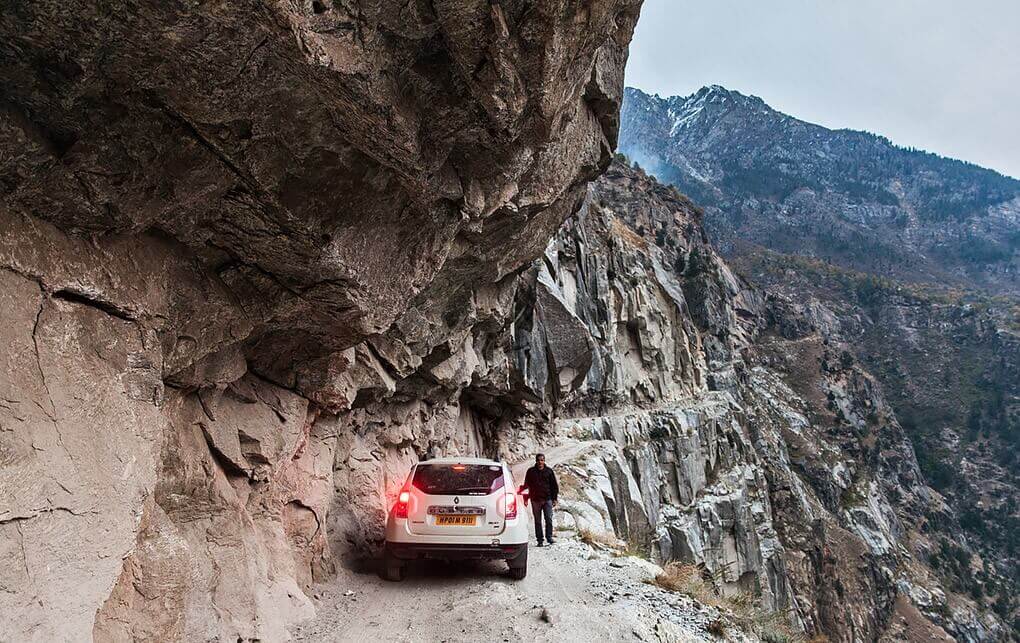 This road is actually a rock cut wonder. Driving on Killar to Kishtawar is sheer daredevilry! The road is a cliff-hanger and driving on it feels like a video game plot. Blink and you are dead! 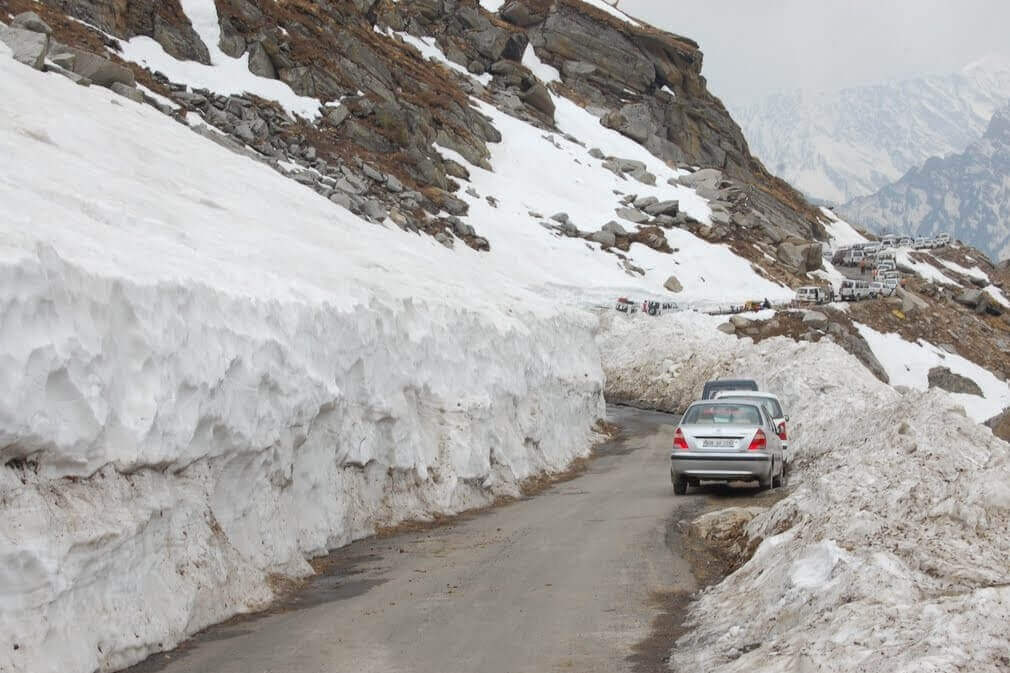 Rohtang Pass is at an elevation of 3979 meters above the sea level and is located on the eastern Pir Panjal Range of Himalayas. The path is situated about 53 kilometres away from Manali. It connects the Kullu Valley with the valley of Lahaul and Spiti. The road encounters huge traffic jams and the path could be closed for infinite time due to heavy snowfall and unpredictable landslides.

The road from Kishtwar to Kailash in the Indian Himalaya is one of the deadliest roads on earth, with over a 2,000 feet drop, and rocks hanging down obstructing your view of oncoming traffic. The one-lane path, which traverses through the newly formed J & K district, is so dangerous that it will make your GPS working for you. The climb is terrible, and one wrong could land you and your deathbed. At an altitude of 3538 metres above the sea level, Zoji La Pass is one of the important and most dangerous mountain pass in India. The pass is a major link between Ladakh and Kashmir. The blink of an eye could land a vehicle straight down from the top of Zoji La Pass. It is one of the countries most dreaded roads as it is frightfully narrow and easily gets muddy during rains and becomes impossible. The heavy snowfalls, violent winds and frequent landslides make it one of the riskiest roads in India. One of the riskiest ever highway, the Leh-Manali Highway spans over a length of 479 km and connects Jammu & Kashmir to Manali in Himachal Pradesh. Glacier melts, broken patches and water crossings make the road extremely dangerous. The road is surrounded with Rocky Mountains on both the sides, which make it prone to heavy landslides. Many portion of the highway are under repair or damaged. Driving on this road is massive pain, as the road faces never-ending traffic jams and vehicles move at a slow pace, that makes the journey more complicated. 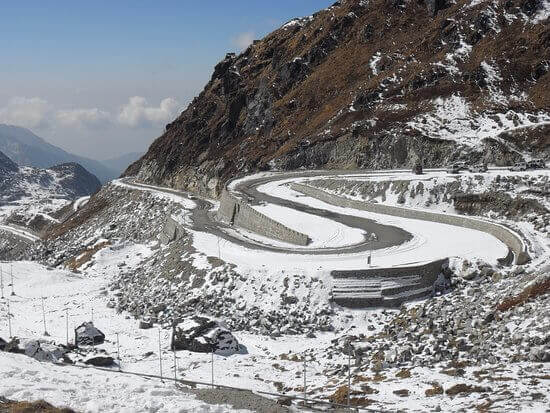 Connecting the Indian state of Sikkim with China, Nathula is a mountain Pass in the Himalayas. It is one of the three trade links between India and China. The Pass is at 4310 metres above the sea level and is one of the highest pass motorable roads in India. The road is extremely dangerous as it faces heavy snowfall during winters and also there are heavy landslides during monsoon. The road three gets blocked due to massive landslides and snow sludge, making driving a pretty bad experience.

Three Level Zigzag road is probably the most dizzying road in the world located in the Sikkim, in the Himalayan Mountain, the road includes more than 100 hairpins in just 30 kilometres. At 11,200 feet above the sea level, this road will give you the best view of the Himalayan crown. The curvy roads will send your head into a tizzy even if you are sitting in the backseat. Heavy snowfalls and landslides can occur anytime and cane sometimes blocks some sections of the road, being extremely dangerous due to frequent patches of ice. You need Special permits to pass through, as the road is not for faint-hearted. 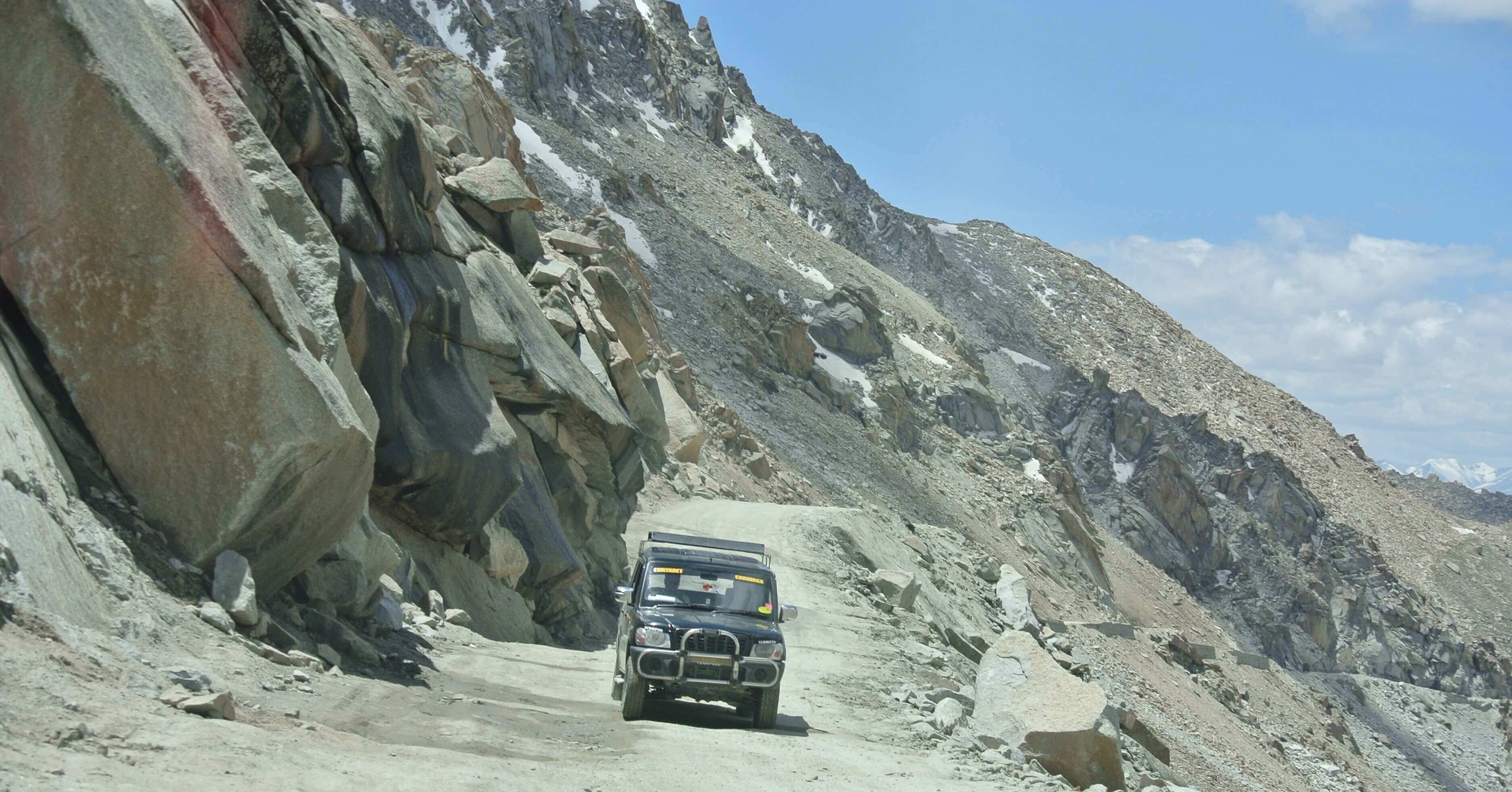 Chang La Pass is also located in the Ladakh region and it has an elevation of around 5360 meters which is claimed to be the third highest motorable pass in the World. This mountain pass is covered in snow throughout the whole year and guarded and maintained by the Indian Army. Drivers experience breathlessness and nausea while passing through this route due to less oxygen for its extreme height. It is advisable to carry extra warm clothes and a medical kit with you, as the winds and climate can be extremely harsh. 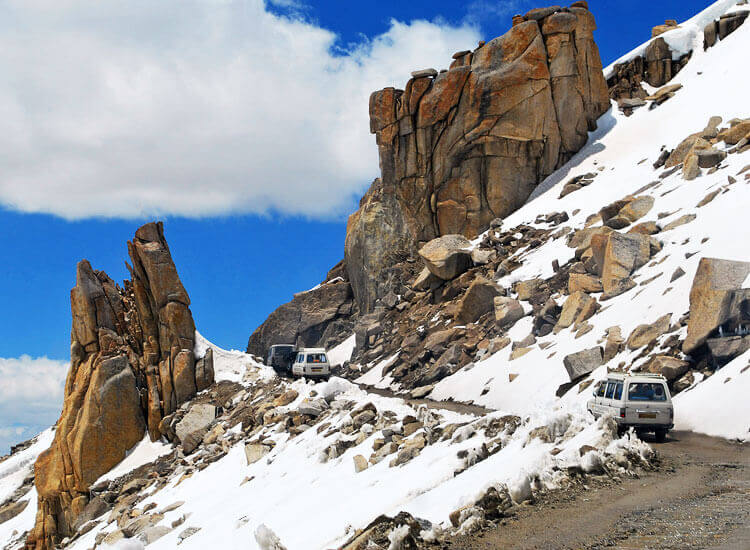 Khardung La Pass is also located in the Ladakh region of Jammu & Kashmir. Listed in Guinness Book of World Records, Khardung La Pass is believed to be the highest motorable road in the World. Which is 5359 meters above the sea level. The road looks scary for the invincible height. These roads are not paved and are slippery due to the frozen ice and dirt mix. The Pass is covered with hairpin turns which are fearful and heavily guarded by the army. It remains closed annually from October to May due to harsh weather conditions.

These ten are the top scariest roads, highways in India with frequent accidents and deaths. So friends remember one thing, when you will visit these roads you must be careful and enjoy!