Home Games Has your Clash of Clan ID banned permanently? Recover your ID

I hope all of you are fine except some people. Are you someone among some unhappy people? It means have your (COC) Clash of Clan ID banned permanently? (How much I have said before, don’t play X MOOD, but you didn’t hear me). Last 31st August was the Clash and Clan Day, that day it had been generally banned. So don’t worry. Though permanent means extended, but not extended because (COC) has pity in its heart, ID will be returned.

How To Get Back Permanently Banned Clash of Clans Account? 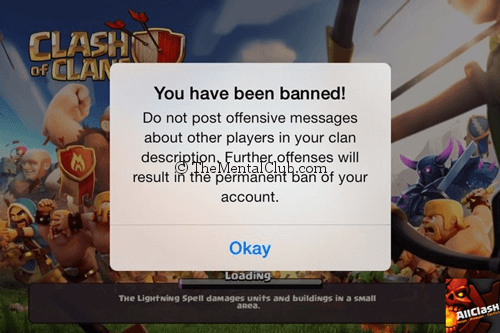 Why does the ID ban?

N.B: ID has never banned if you stay away of this 5 things.

Now come how will you get back your ID?

It is not possible to write more and to understand easily. So I’m thinking that, see the video.

N.B: Request to Admin, I’m trying to mention with comedy, please if there is any mistake, don’t forget to comment, I will correct them.