Home Computing How does the malware spread on the Internet? – (DNS Cache Poisoning...

What is DNS Cache Poisoning and how does perform it?

How are you? Hopefully, all of you are very well. Today, I have discussed – what DNS Cache Poisoning and how does perform it? Though, this topic is uncommon. But, we have to know that how does the malware spread on the Internet? Let’s have a start it.

What is Cache Poisoning?

Cache Poisoning is a one type attack, which entries into the corrupted cache database of DNS. Domain Name System (DNS) is a system which associates the domain name by giving the IP address. The devices which are connected to the private network, those are depended on DNS for resolving the IP address. During the time of attacking DNS cache poisoning from imposter DNS, a malicious party gives a duplicate response, for rerouting a domain name into an IP address. New IP address may be controlled by the attacker and it is used for spreading malware in the computer. Moreover, DNS cache poisoning is used in various attack for example: denial-of-service attack and man-in-the-middle attack. WordPress Users, save your WordPress sites from xmlrpc DDoS Attack.

Cache poisoning attack is occurred due to the problem of DNS software.

If an attacker sends a duplicate response, then this duplicate response conserves as a DNS name server. In this moment, we regard DNS cache as a “poisoned”. For this, the users are tried to visit in this corrupted domain, as a result, the attackers are rerouted by new IP address. The users get the duplicate IP address from DNS until the poisoned cache is fully deleted. 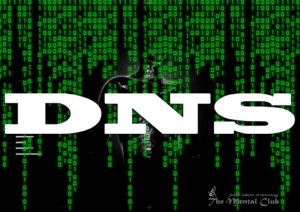 DNS Cache poisoning attack use some engineering equipment for provoking the victims to download the malware. For replacing the IP addresses, the attacker uses those servers and website which are forced to think that these are original but actually these are malware. Attackers apply that social engineering equipment which shows the domain name normally. Then, users cannot identify the cache poisoning attack and it is impossible to identify it. As a result, victims are downloading the malicious content from the valid and reliable source.

Obviously, we have to conscious about this. All of you guys use the correct firewall. I f we conscious about it, then we will free from DNS cache poisoning. How is this tune? Please leave your valuable comments.

Computer related some accents which you don’t know

Neural Network – How will be that if computer starts to...