Welcome Back to THEMENTALCLUB. Today, I am bringing another new topic with different tastes. But, you guys, how are you? I am fine.

Now, the topic is:  What is Computer Processor Core? Different Kinds of Processor Cores. Hyper-Threading Technology. Difference between Clock Speed and Core.

What is Computer Processor Core ?

Central Processing Unit or CPU is the brain and the heart of the computer. The CORE is the separate Central Processing Unit though, which is the part of the main CPU but does the same job.  For example, duel Core Chip. This is the view of a single CPU chip, though there are two different physical central processing units. This means that one of the two CPUs.   Now the question is what happens if this additional central processing unit will come in handy? The fact that there will be additional cores in a processor core that operates at multi-tasking. If your PC has a single core and if you want to upgrade it in a dual-core, then you can understand that the PC has become the fastest in speed. Let’s explain how it is possible.

Suppose that, you are listening to the music on a computer and browsing the internet at the same time. If your PC has a single Processor Core then the internet browser will be unresponsive. That’s because when a processor core will be used to play music if the browser is on the work, the processor core can be divided into two parts, and the biggest task will not be enough to respond. However, the task is to be carried out quickly enough if a PC has two or more cores.

Different Kinds of Processor Cores and their Comparative Discussion 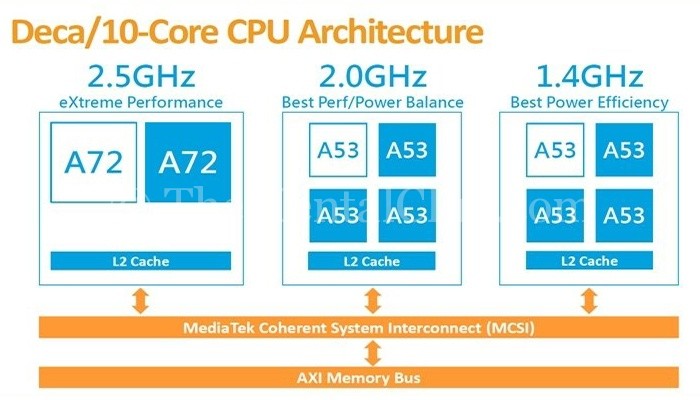 How many cores do use in the programs on your computer or which one is active or which core is stable in condition: you can easily handle or monitor it. Previously I said that, if you open so many tabs, then Google Chrome use so many cores. You directly observe it. However, from Computer task managers, by clicking on process tab you observe that which program do use which processor core. Otherwise, on any program do a right click of your mouse and from affinity option, you can watch all the cores.

What is Hang? Easy Way to Get Rid From Computer Hangs Permanently?

Of the overall work of your computer, you can watch the number of cores using in computer and very easily you can watch the performance of the task manager from the monitor just like the below picture. If the core of your PC is less then just like the above picture you can limit the core numbers from affinity option. The one program can not restrict the performance of the other programs.

Hyper-Threading Technology: Outstanding Contributions to the Core of the World Please watch the below picture and tell me how many cores of the processor are being watched. You, guys, will clearly give the answer that there are eight cores of the processor.  However, in fact, the pictures look like eight cores, but it is a quad-core processor. Do you think that, do we make fool to you, guys? No, not at all. This total credit goes to Intel.  Hyper-Threading Technology is made by them and every physical core present in such a way that they act with the system as two logical cores.

Now you understand that, in Hyper-Threading Technology, the performance of quad-core equals to the performance of octa-core.  Because it’s not just about theory. In fact, a quad-core processor uses Hyper-Threading Technology and octa-core serves as the 8 logical cores. The comparative discussion between quad core and octa core in mobile technology will be published in our site shortly. That’s the way you know full.

Difference between the Clock Speed and Core

If the Core may be doubled the Speed is not Doubled

Many computer programs that are based on a single core, that is they do not separate cores just like google chrome. However, if you add more than one core, then the speed will remain the same. So if you have a 3GHz quad-core processor, the program will display 12GHz(3*4 = 12) instead of core 3GHz. And remaining 3Ghz will on ideal mode.

Since most of the programs are Single Core based. For example, Microsoft Office is a single core based program. As a result, it can use on any computers, but the speed will remain same. And the programs which are multiple core based. They will give an exceptional performance on multiple core PC. This time you understand that why Google Chrome does not work well in normal PC?

If you like my tune, then please comment on my post. Your comment encourages me to write down better tune. If my tune is thought to be a unique tune, then you are requested to like my tune.  So, let’s come and give up the copy-paste and encourage another tune. See you in the next post.

Computer related some accents which you don’t know