Gaya is one of the famous and populous Districts in the state of Bihar. Bodh Gaya or Gaya is located on the bank of the River Lilanjan. This district is popular for many pilgrim center and religious places. Gaya is famous for various temples, mosques, monastery, caves, trees and hills. There is much religious importance in the state of Bihar but Gaya takes the number one position for its popularity. Bodh Gaya is a great attraction for every man, such as Devotees, history lovers, nature lovers as well as scholars also. Read this article to know about the best tourist spots in Gaya District. Vishnupad Temple, Bodhi Tree, Barabar Hills, Shrine of Hazrat Makhdoom Syed Shah Durwesh Ashraf, Jama Masjid, Gaya Pind Daan, Akshayabat, Barabar Caves, Surya Kund, Brahmayoni Temple, Muchalinda Lake, Animesh Lochana Chaitya, Cankamana, Chinese Temple, Indosan Nippon Japanese Temple, Ajapala Nigrodha Tree, Great Buddha Statue,Royal Bhutan Monastery, Thai Monastery, Dungeshwari Hills these all are the attraction of Gaya District. Gaya is also popular for its communication facilities and meditational places. Except rainy season (June-August), you can visit any time in this beautiful Destination. 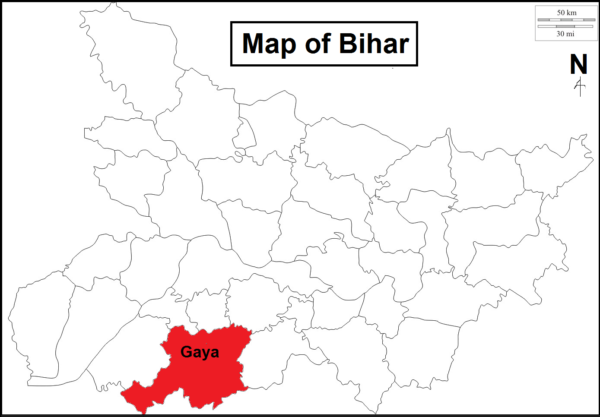 Here the list of amazing tourist spots in Gaya District

Vishnupadh_Temple in Gaya- Bihar
1 of 6

Vishnupad temple is one of the most ancient temples of Gaya. This temple is dedicated to Lord Vishnu. The temple was reconstructed by Ahilya Bai Holkar of Indore in the same place in 1778. The structure of this temple is Shikhara style. According to the mythology, it is believed that the footprints of Lord Vishnu are present inside the holy temple. The 40 centimeters long footprint is surrounded by a silver plates basin. The temple area is large and fulfills with the many goddesses.

Inside the area, there is another important temple of Lord Nrisimha, another attraction of this destination.  The temple and the statue are intricately inscribed and designed. This beautiful architectural and stylized temple was constructed using stone pillars and brick walls.

The eastern part of this temple is dedicated to Lord Shiva, who situated here in the form of Phalgwisvara. This unique form of Lord Shiva is known as the Lord of the River Falgu.

The footprint of Lord Vishnu is the major attraction of this temple but all statue of other gods beautifully decorated that’s why this all statue attracts many visitors.

Bodhi tree is holy tree situated in Gaya District. This Bodhi tree is considered as a holy tree because once Lord Buddha attained meditation here. The tree, which is located on the southern side of Mahabodhi temple and it is approximately 115 years old. As per the Indian history or mythology, once Emperor Ashoka’s wife uprooted the original tree because she was jealous about the devotion of her husband to Buddha. But the most interesting thing was, after the tree was fell down on his wife’s order, he poured milk on the roots of the tree after which it revived. The tree was destroyed again by King Sesaka in 600 AD. After few years passed another Bodhi tree was planted by King Purnavarma in 620 AD at the same spot.

Barabar hill is also known as Banabar hill. The caves were constructed by the Great emperor Ashoka. This ancient monument situated from the dates bake from Ashoka’s time. The main attraction of this monuments is 7 caves made in a single big stone. These caves are used by monks to live in. If you come here to visit, then you see the beautiful inscriptions on the walls of the caves.

Jama Mosque is the largest mosque in the state of Bihar and it is situated in the heart of Gaya. This 200 years old mosque is famous for Shabina and Tabligh.

Gaya Pind Daan is a famous pilgrim center or religious place of Gaya district.  It is situated on the bank of the Ganga River. As per the Indian mythology, it is believed that Lord Ram came to Gaya to offer Pind Daan to his father King Dasaratha. Gaya Pind Daan is a most important part for Hindus to free the spirits of their deceased ones, thus liberating them from the bondage of the materialistic world.

Akshayabat holy tree in Gaya
1 of 2

Akshayabat is situated in Bodh Gaya, at a distance of 12 kilometers from the main city. It is popular as a holy tree where Gautam Siddhartha meditated in search of eternal truth. This destination is one of the most important pilgrim places for the Hindus.

Barabar Caves is an excellent spot in Gaya. This ancient cave is situated from the dates back to Mauryan era, between 322 BC and 185 BC. This rock-cut cave is one of the most oldest destinations in all over India. This Barabar Cave was comprised with the 4 caves and the Lomas Rishi caves are most interesting to them. The inscription of Lomas Rishi caves walls depicts the history and growth of Buddhism. The architecture of this caves are remaining the culture of this old period and it attracts many visitors.

Surya Kund is another popular attraction of Gaya. It is located near the Vishnupad temple. According to the history of this site, there is a pond and everybody believe that a holy dip in this pond sets a person free from all the sins committed. 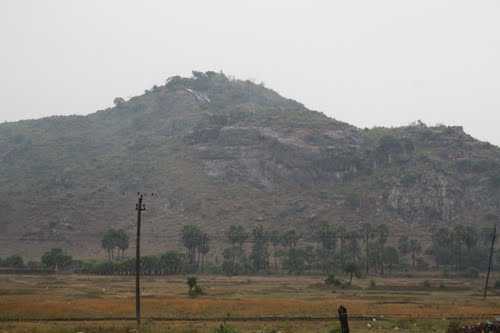 Brahmayoni Temple is situated at a distance of 1 kilometer from Vishnupad temple. This temple is a popular attraction for every pupil. This temple is located on hill area, if you want to visit this temple then you need to climb up 424 high stone steps after that you reach the top of the hill temple.

If you reached on the top this temple then you can see the scenic beauty of the city. Besides the temple you can see the two amazing caves, one is Brahmayoni and the other one is Matreyoni.

Muchalinda Lake in Gaya
1 of 2

Animesh Lochana Chaitya is another attraction of Gaya. During the second week of enlightenment, Lord Buddha spent seven days looking at the Bodhi tree.

Cankamana is another pilgrim center in Gaya. This holy place is used by the Lord Buddha third week of enlightenment for the purpose of meditation.

Chinese temple is located near Mahabodhi temple. This temple is constructed by the government of China and Buddhist monks of China in the year 1945. 200 years old Buddhist statue is situated inside the temple. Their are Three golden idols of Lord Buddha and it attracts many visitors. The beautiful Chinese temple was reconstructed in the year 1997. Many visitors come here to know about this temple for their research purpose. Many Chinese scholars published the various journal about this temple.

Ajapala Nigrodha Tree is one of the famous holy tree, located near Mahabodhi temple. It is believed that once Lord Buddha meditated for the fifth week under this tree. 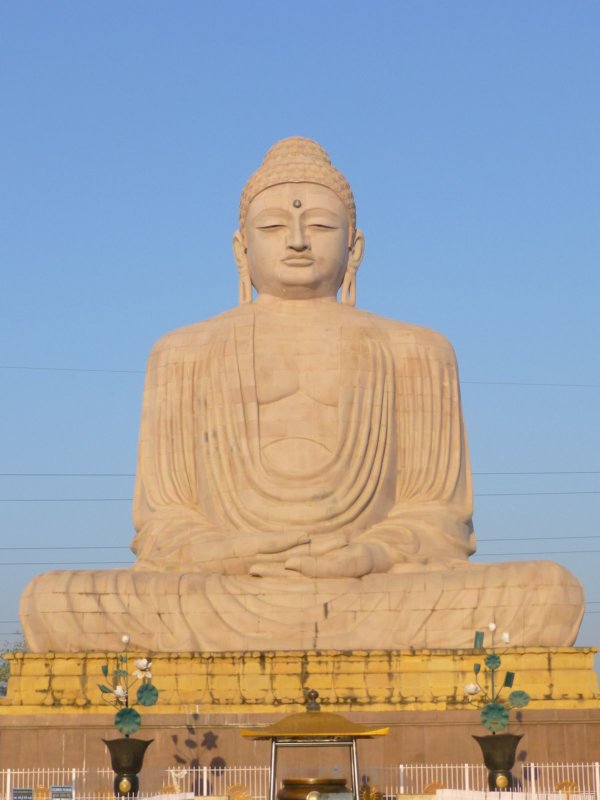 Great Buddha Statue is one of the famous attraction in Gaya district. This unique statue was constructed by the XIV Dalai Lama in 1989. The statue of Buddha is the tallest Buddha statue in the country. The idol of Buddha was made by sandstone and red granite.

Royal Bhutan Monastery in Gaya
1 of 3

So many monasteries are situated in Gaya, Royal Bhutan monastery is different of them. This monastery was built by the king of Bhutan, for the conservation of Buddhist culture. This monastery is dedicated to Lord Buddha and also popular as preserve incident related to his life. Thai Monastery is famous for its beautiful views. This monastery is one of the most visited monasteries in Bodh Gaya. The main attraction of this monastery is the idol of Buddha, which is made from bronze.

Dungeshwari Hills in Gaya-Bihar
1 of 3

Dungeshwari Hills is become a famous destination in Gaya because of its beautiful nature. It is situated at a distance of 15 kilometers from the city center. In the hills, there is a beautiful cave is present which is surrounded with several shrines and ancient stupas. According to the mythology, it is believed that here Lord Buddha meditated for a long time.

If you love adventure, so friends don’t waste your time and visit all amazing destination in Gaya District, which I have already mentioned.