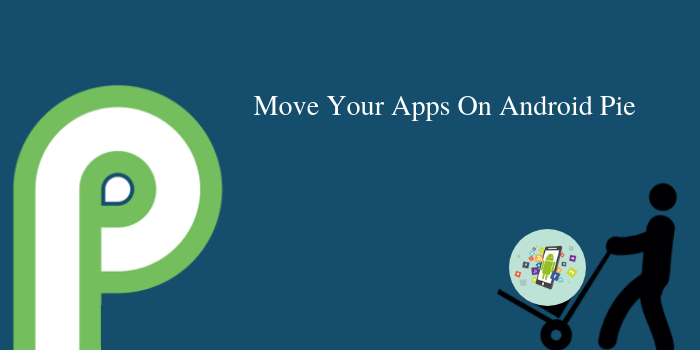 The traditional navigation bar can be chucked with the new version of the Android i.e. Android Pie. You can tap it to go to the home page from any page or any app. For the google assistant, hold it down and for the new overview screen, swipe it up. It is very effective and amazing. Its best thing is that, if you don’t like it then you can switch back to the classic buttons of the navigation at any time you want.

The new overview screen is a big example of the ushers of the Android Pie in an array of the changes in navigation with or without the controls of gestures. Android Pie makes it much easier to flip between your apps which are active. It lines them up in the horizontal direction so that you can slide between these active apps. Also, the access of your full app’s listing and the search bar is present just below. In a pixel phone, you can easily copy the texts and photo and can share these from an app with the help of this overview. For this, there is no need to jump into the apps and out the apps. This is all because of the new version of Android.

In the new android pie, there is a feature of the ambient light sensor which helps the machine learning to track how much brightness level you want and when and where you want that much level. And after tracking, it adjusts the brightness according to your need.

In the new version of Android, there are many notifications which get improved such as if you reply to a message from the alert, you will see a contextual of smart replies which save your lots of time. It also gets easier to manage your notifications and also shut them off quickly.

Android Pie has a feature to think about what you want to move next and then after knowing, it automatically pops up the options to reduce your steps and save the time. Here is the list of the top 10 Android apps in 2018.

This is another feature of the Android Pie but this feature will launch later and will be present in your search results on the right side of the app actions. It saves some of your time from your usage of every day.

It is the most important part for some users for the modern experience of Android. It is designed for you to inform you about how you use your handset and why and tells that you should use it less or not. Basically, it is a series of tools. In the dashboard, you can see how much time you have spent on which app on your phone and also how many notifications come in your mobile phone. This feature is not fully ready to launch but it will be added later by the end of this year. Basically, this feature is used to track your digital distractions.

So the above features are some causes to move your apps to the new version of Android.

Do you know what type of sensor has set in your...

BlueStacks and BlueStacks Download: 9 Very Easy Steps to Use Apps...

Some Extraordinary Exposed Framework Modules to Customise your Android Smartphone