Qutub Minar – a living testimony to Delhi’s venerable past: Hi Guys! It’s Amit again. Today I am going to share with you about the Qutub Minar. Qutb Minar is the tallest brick minaret in the world inspired by the minaret of the jam in Afghanistan. It is an important example of early Afgan architecture, which later evolved into indo-Islamic architecture. It is construction also marked the beginning of Muslim rule in India even today the possibly made one of the most important towers of victory in the world.

Qutub Minar – a living testimony to Delhi’s venerable past 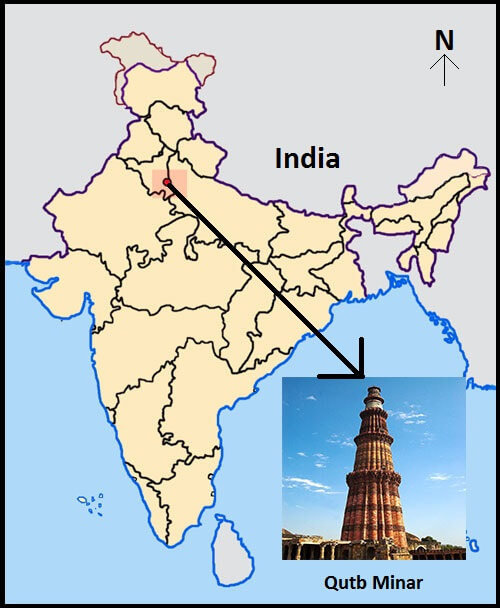 The Qutb Minar is the tallest brick miner in the world.

The Minar is 72.5 meters (Approximate) high and it is listed as a UNESCO World Heritage Site.

Qutb Minar is also a significant historical monument. A Diameter 14.3 metres at the base to 2.7 metres at the top, which is 379 steps away.

The Qutb Minar is start founded by Qutb ud- Din Aibak in 1199 AD. Its construction then completed by his successor and son-in-law Iltutmish in 1220 AD.

In 1369, lightning struck the top storeys, destroying it completely. So, Firoz Shah Tughlaq carried out restoration work replacing the damaged storeys with two new storeys made of red sandstone and white marble.

What is the perfect time to visit Qutub Minar?

Winter (December to February) is the best time to visit this destination because this time you fill comfortable and easily communicate with this place.

Significance and Information about Qutub Minar :

Qutb Minar and its monuments are a group of religious and funerary buildings that displays the architectural and artistic achievements of early Islamic India. The Qutb Minar construction of the might of Islam congregational mosque was begun in 1199 by Qutb-ud-Din-Aibak and completed in 1220 using the demolished remains of Hindu temples. It was enlarged by Iltutmish and again by Alauddin Khalji. It is the earliest extant mosque built by the Delhi Sultans. Iltutmish erected a massive stone screen of a lofty five arches. In front of the mosques prayer hall, which imparted an Islamic character to the building. The screen is beautifully carved with borders of inscriptions and geometrical and arabesque design. The mosque is built on a raised and paved courtyard measuring 43 by 32 meters surrounded by pillared cloisters.

The Qutb complex is a fine example of the Indo-Islamic style of architecture. When Alauddin Khalji come to power Muslim rule was established in the country and there were many artists who came from central Asia thus the difference in the buildings of the period of Iltutmish and Alauddin Khalji is prominent.

The iron pillar in the mosque compound was brought from elsewhere in India. It bears a fourth century Ad Sanskrit inscription describing the exploits of the ruler named Chandra believed to be the Gupta King Chandragupta second. The iron pillar is 7 meters in length and one meter of this beam below ground. Qutb Minar is still the highest stone tower as well as one of the finest Islamic structure ever raised in India.

The tower is also has a monumental purpose since a later Nagari inscription calls it Alauddin victory monument. Its present form it consists of five stories the topmost of the original four stories having been replaced by two stories during the region of Firuz Shah Tughlaq. The whole structure was originally surmounted by the cupola, which fell during an earthquake and was replaced by a new cupola in late Mughal style in the early 19th century.

Alai gate was built in red sandstone and elaborately carved is the southern entrance to the enlarged enclosure at the Qutb complex. It was begun by Ala-ud-Din-Khilji but he died before it reached the first storey and work on the structure was abandoned in contrast to the existing Qutb mosque was built with the material of the existing temples on the side. From its floor, it is domed ceiling its height is 14 meters. It is wide shallow dome rests on an octagonal base and the transition from the octagonal base to a circular dome is achieved with skill.

The importance of the Qutb complex declined towards the end of the 13th century due to two major factors, one the increasing water scarcity of the capital and two the decision on the part of each new ruler to consolidate his political legitimacy by building a new city.

The Qutb complex remains a highlight of sub-continental pre-Mughal Islamic architecture in both original Hindu temples and the later Muslim editions the intricate stone carving and calligraphic work stand out.

The complex also contains several smaller buildings.  The tomb of Imam Muhammad Ali, who was also known as Imam Zamin sits on a raised platform. History has it that Imam Zamin was a Turkish Saint who settled in India, during the region of Lodi. He like many others constructed his own tomb when he was buried with complete rituals and honour after his demise.

The dome of the tomb sits on a base structure shaped like an octagon built of sandstone while its interiors are perfectly polished with white plaster.

Before the development of sculptural architecture by the use of stone in the middle ages wooden architecture was the mainstream for ancient India as wood decreased monumental edifice is came to be constructed of stone. However, in spite of using stone Indians who’d been totally involved in the tribe tic structure and the aesthetics of wall would continue to possess tint radiation, which means composing buildings with the post and beam method.

Some of the Major structures within the Qutub Minar complex are the following: 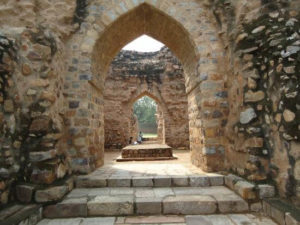 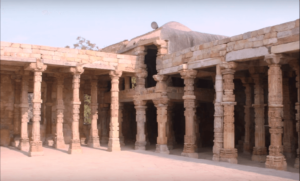 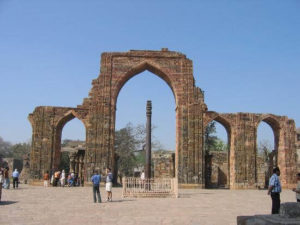 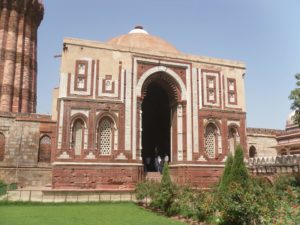 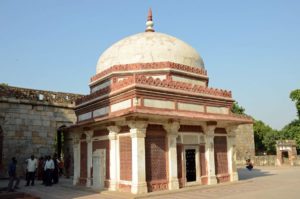 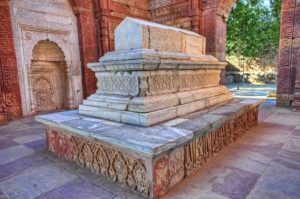 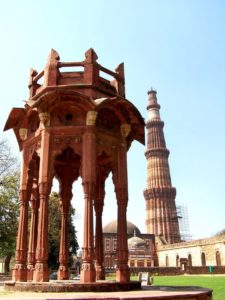 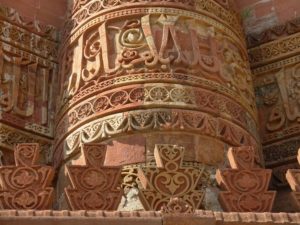 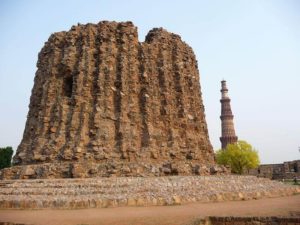 All these structures are the valuable attraction near every tourist, which attracts tourist’s eyes.

Watch the Review of Qutub Minar

Qutub Minar is a symbol of India and one of the most popular landmarks in India. I hope you enjoyed reading about the Qutub Minar.

Related Post:  The Agra Fort – A complete destination in India