Home Video Editing How to convert Audio to Video?

You have converted from video to Audio so far, now do convert from Audio to Video. Now, I have started this article by wishing Good Luck to all of you guys. Hopefully, all of you are very well. Today, I am going to discuss with a topic which is hopefully liked by all of you guys. Today, I will discuss about a software by which you easily convert the video from the audio. But, the users who use it previously, I requested them to get backwards from 10 paces. All of us like to upload ours’ favourite songs on YouTube. But, it creates a problem when my favourite uploaded song is audio, but YouTube does not allow the audio song. In that case, you need a software by which you can convert the audio song into the video song. But, the users who use Windows XP they do not face a problem. Because, the movie maker software is always available in the built-in condition. Now the people are very much updated. So nobody used Windows XP. I have had a lot of chattering.

Now, we come in the main topic. There is nothing to speak the main topic, just download and use it. I don’t say about the software in detailed because its use is very easy which you can do easily after watching the entire page. Let’s take a look the video by using this software which is made by me. Though it is not well enough but as a demo you can use it.

After that, I will try to mean you by using an image. First of all, you just download this software (Alternatively, you may use Windows Movie Maker or Microsoft PowerPoint 2013) and installs it just like the other software. After installing the software you open this software from Start Menu. 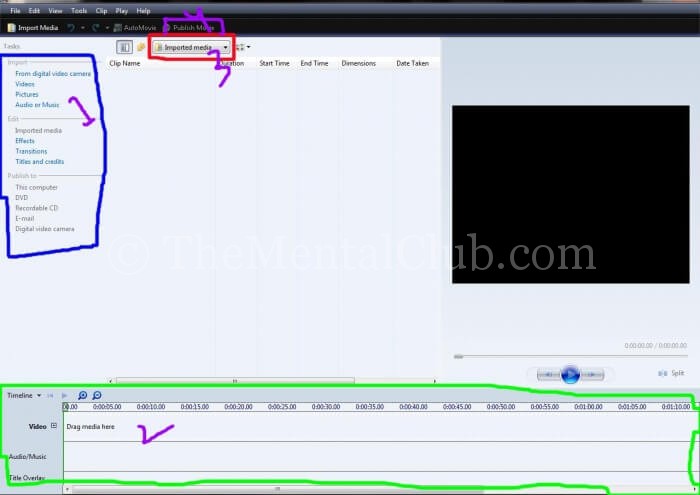 Import the picture from 1 nos. room and drag this image in 2 nos. room. Select your desired animations and effects from 3 nos. room. The audio song which you want to convert in video import it from 1 nos. room by clicking import audio and drags it in 2 nos. room. Now adjust it and publish it in 4 nos. room i.e. click on the Publish Movie Button and save it. It requires time for saving it. Finally, your job is finished.

How to Edit A Wedding Video In The Easy Way