If you know the answer then you think this question is easy but if you don’t know this answer then you think it is a critical question. Everybody minds those things. West Bengal Civil Service Examination 2015 (Preliminary) is over on May 3, 2015. Today I will prepare some question – answer list. This question-answer list is West Bengal Civil Service Examination 2015 (Preliminary). So friends read it and know the important answer which you don’t know. 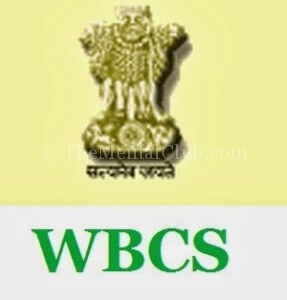 Q: At what temperature, Celcius and Fahrenheit readings will be same?
Ans: -40
Q: LED stands for……..
Ans: Light Emitting Diode.
Q: Who was the founder Commander of the Indian National Army (INA)?
Ans: Capt. Mohan Singh
Q: 2014 Novel award in Physics is associated the invention of which type of LED?
Ans: Blue
Q: When did the Jalianwalabagh Massacre place?
Ans: 13th April, 1919
Q: The author of Kadambari was-
Ans: Banabhatta
Q: Who was the founder of the Indian Association?
Ans: Surendra Nath Banerjee
Q: Tattwabodhini Sabha was found by-
Ans: Debendranath Tagore
Q: When did the Dandi March take place?
Ans: 12th March, 1930
Q: Which of the following upheavals took place in Bengal immediately after the Revolt of 1857?
Ans: Indigo Rebellion
Q: Name one book written by Swami Vivekananda-
Ans: Bartaman Bharat
Q: NABARD is associated with-
Ans: Rural development
Q: Who introduced the railways and telegraphs India?
Ans: Lord Dalhousie
Q: Who was Titumir?
Ans: Wahabi Movement
Q: When the Muslim League was established?
Ans: 30 December, 1906
Q: Who among the following was not associated with the Home Rule movement?
Ans: Maulana Azad
Q: The minimum age for being eligible to vote in the Indian Elections was reduced from 21 years to 18 years in the decade of-
Ans: 1980’s
Q: Who passed the “Vernacular Press Act”?
Ans: Lord Lytton
Q: When was the Hindu Widow Remarriage Act passed?
Ans: 1856
Q: When and where was the ‘Gadar Party’ founded?
Ans: America, 1913
Q: Between whom and when was the Treaty of Bassein Signed?
Ans: Peshwa Baji Rao the second and the English, 1802
Q: What was the effective date of the partition of Bengal?
Ans: October 16, 1905
Q: The first plan holiday in independent India covered the period-
Ans: 1966-1969
Q: In which of the following plans did India experience two successive wars?
Ans: Third Five Year Plan
Q: In which year was the Pitt’s Act Passed?
Ans: 1784

What Is Difference Between Term Paper and Research Paper

How You Can Progress After You Have Hit A Career Ceiling

How to Overcome Digital Barriers in Your Later Years

Learn French To Benefit Your Career In India

Tips for Older Students: Preparing Yourself for a Return to College

Everything You Need to Know About Studying Economics

Father of Various Branches of Science

Necessary Parts of our human body