Click here to get all articles about e-Commerce (Index Page)***

I have discussed about Auction System in early chapters. So, in Joomla, there are a few components of making an auction site. It discusses in below.

Auction Factory: This is a complete auction system for Joomla. It can also be used with Joomla’s community builder component. This component supports all types of auctions, including proxy biddings. It has built-in support for multiple languages and SEF. Its user-friendly administrative interface provides easy tracking of auctions and bids.

For doing work in Joomla, you may get some shopping carts which performs tasks as an alternative of Virtue mart.

Virtue mart is an open source e-commerce component. By this, you will be able to make product catalogue, configure payment and shipping method, manage customer’s orders, and also sell your product through the online system. We also see so many others shopping cart such as: OS commerce, ZenCart, Magento etc. The main difference in between virtue mart and these shopping carts (OS commerce, ZenCart, Magento) is that these types of shopping cart run separately but virtue mart cannot run without Joomla. Virtue mart totally integrated with Joomla. It runs as a Joomla component.

Like Joomla, virtue mart has developed with the help of PHP code and MySQL is used in back-end. Due to an open source anybody can download it and does work as a component of Joomla and Mambo. It is very important to mention that virtue mart was derived from the shopping cart named PHP Shop. PHP shop is a standalone shopping cart which in the beginning, the port of the PHP and MySQL base was mambo and got popularity as a Mambo PHP shop.

As a component of Joomla and Mambo, the all features of Virtue mart are very developed. Though Virtue mart was derived from a standalone shopping cart, but all the required features of making online shop are available here. Below, I am discussing some features.

As a component, virtue mart is totally integrated with Joomla and Mambo. It uses the security architecture of Joomla and has the power of using Secure Sockets Layer (SSL) encryption, until 128 bits. This type of encryption communicates with HTTPS. So, for this, it is very secure for the customers. 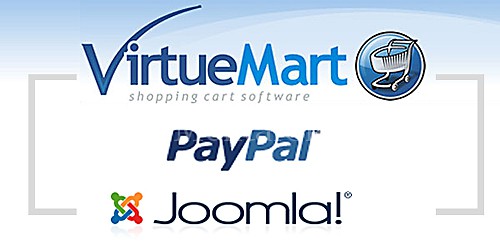 You can use various currencies along with various languages. For this, you get currency converter module which you use it after the configuration. By this, your customer can watch the value of his/her choice able products in his/her own currency.

5 Ecommerce Metrics That Can Make Or Break Your Success

Starting an Online Business: Dos and Don’ts for Success

Are you searching for the perfect Ecommerce Website? Essential points to consider