Home Technology What is a photoresistor?

1. What is a photoresistor

The photoresistor is a kind of light-sensitive component, and its resistance value can change with the change of external light intensity. Photoresistors are represented by the letters “R” or “RL” and “RG” in the circuit. 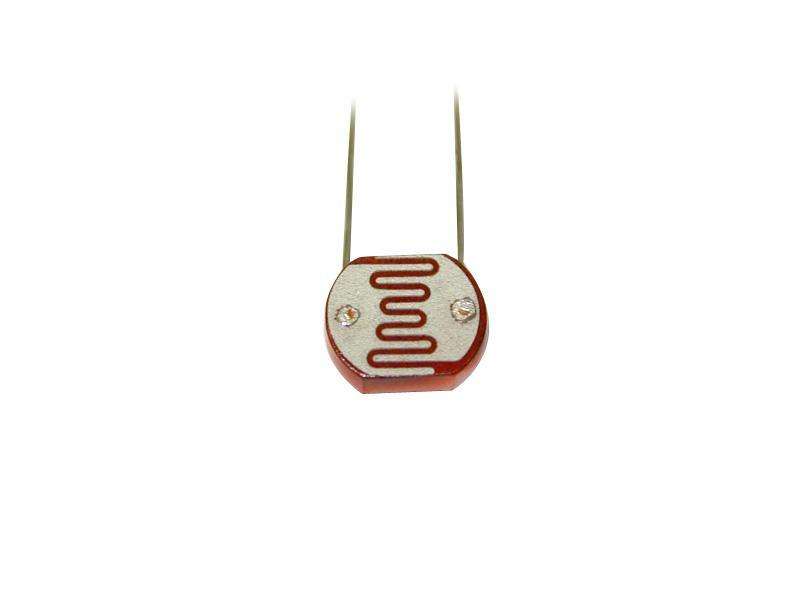 Photoresistors can be classified according to the material and spectral characteristics of the photoresistor.

(1). Classified by the material of photoresistor

3. Does the photoresistor have positive and negative electrodes?

4. How does the resistance of the photoresistor change?

A photoresistor or light-dependent resistor (the latter is abbreviated as LDR) or photoconductor. Commonly used materials are cadmium sulfide, and also selenium, aluminium sulfide, lead sulfide, and bismuth sulfide. These production materials have the characteristic that the resistance value decreases rapidly under the irradiation of light of a specific wavelength.

The photoresistor is based on the internal photoelectric effect. Photosensitive resistors are formed by mounting electrode leads at both ends of the semiconductor photosensitive material and encapsulating them in a tube case with a transparent window. To increase the sensitivity, the two electrodes are often made into a comb shape. The materials used to make photoresistors are mainly semiconductors such as metal sulfides, selenides, and tellurides. Usually, coating, spray coating, sintering, and other methods are used to make a thin photoresistor and comb-shaped ohmic electrode on an insulating substrate. The leads are connected and sealed in a sealed housing with a light-transmitting mirror to prevent moisture from affecting its sensitivity.

When the incident light disappears, the electron-hole pairs generated by the photon excitation will recombine, and the resistance of the photoresistor will return to the original value. A voltage is applied to the metal electrodes at both ends of the photoresistor, and a current passes through it. When the light is irradiated with a certain wavelength, the current will increase with the increase of the light intensity, thereby achieving photoelectric conversion. The photoresistor has no polarity and is purely a resistive device. It can be used with both DC voltage and AC voltage. The conductivity of a semiconductor depends on the number of carriers in the semiconductor’s conduction band.

Here is another related article that gives us an introduction of photoresistor.

Article Name
What is a photoresistor?
Description
The photoresistor is a kind of light-sensitive component, and its resistance value can change with the change of external light intensity.
Author
Alan

Does Need for Technology Evolution in Post COVID Era?

The Best Ten Inventions of the 20th Century

How Do Electric Bikes Work?

The Benefits of Using Managed IT Services

How to Steer Yourself Into the Autonomous Vehicle Industry