Sahibganj is an important tourist destination in the state of Jharkhand. Sahibganj is a place where one can take a break from drudgery daily monotony & simply rejuvenate. Geographical location of this district is totally interesting. This district also surrounded by the beautiful hills, temples and historical places. During the Bengali month of Shraban, this district collects huge numbers of devotees from different places, including West Bengal, Odisha, Bihar, Chhattisgarh etc. The devotees come here to complete their worship near Lord Shiva.

Except monsoon season, you can visit any time in this district. Winter is the best time to visit this destination because this time you can easily communicate with all places and enjoy the scenic beauty of various places. 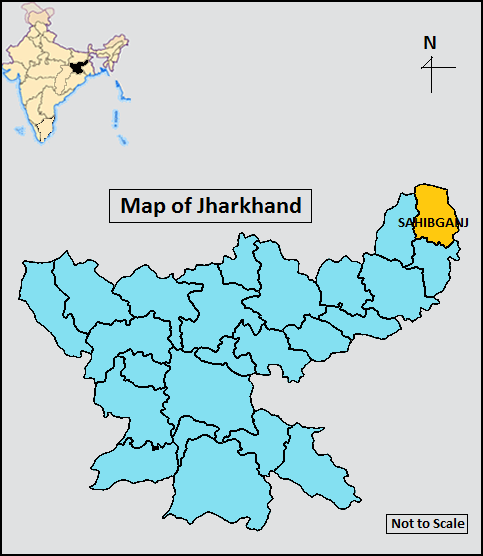 Let’s have a look at the list of best Tourist Spots in Sahibganj District [Jharkhand, India]

Rajmahal is a town of Sahibganj district, which has historical importance. This town located on the right bank of Ganga River. In the year of 1952, during the time of Mughal period, a Rajmahal palace was built by Raja Man Singh, who was the general of Emperor Akbar.

The other attraction of this town are Singhi Dalan, Akbari Masjid, Tomb of Maina-Bibi and Grave of Miran.

Kanhaiyasthan is a small village located on the bank of River Ganges. It is situated at a distance of 13 kilometres from the famous Rajmahal Palace. Kanhaiya temple of this village is the main attraction, which is dedicated to Lord Krishna. This village is derived its name from Kanhaiya Temple. This village also famous as a footstep preserver.

Once upon a time, Chaitanya Mahaprabhu visited this village, whose footsteps have been preserved here. Teliagarhi, Mangalhat and Rajmahal these three popular picnic spot situated near Kanhaiyasthan village. The Bhagwa Kuan was built in 1815 in the memory of Edward VII. It has huge historical significance. 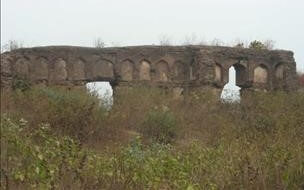 The Teliagarhi Fort of Sahibganj district is another famous attraction near every history lovers. This ruined fort was built by Teli Zaminder and it has been named after the builder.

The Teli Zamindar was a resident of this place during the time of Mughal Emperor Shahjahan. There is a holy temple also situated near the fort, which dates back from the year 1819.

Actually, this sanctuary was established to preserve the Biodiversity. More than 100 species of birds are currently present in this sanctuary and every year in winter season many migratory birds from different places (Mainly Europe and Siberia) come here to spend their expensive time in this sanctuary.

Berhale and Pataura two beautiful lakes also a part of this site, which covered an area of 155 hectares and 410 hectares of this district. The major species of this Lake Sanctuary include darters, jacanas, dabchicks, cormorants, teals, and gulls, who make their home in the region around the lakes.

The Shukravasini Temple is located in Mirzapur village. This temple is dedicated to goddess Shukravaini. This temple always fields up with the local devotees. Mainly devotees come here to complete their worship and they believed that goddess fulfils their all wishes.

The Palmau Tiger Reserve is a famous project Tiger reserve in Jharkhand. In the year of 1947, this reserve declared as a protected area under the Indian Forest Act. The major faunas are tigers, elephants, wild dogs, leopards, gaur, sambar etc.

St. Mary’s Church is located very close to the Sahibganj Town. This holy church was constructed here in the year 1950.

Mangalhat is famous for the historic monuments Jama Masjid. It is located at a distance of 10 kilometres from Rajmahal. This Mosque was built here during the ruled of Emperor Akbar.

The Shivgadi Temple is situated at a distance of 8 kilometres from Barhait. This temple is dedicated to Lord Shiva. The idol of Lord Shiva is situated inside a cave.

This temple surrounded by hills and water fall is falling down from the hills. Scenic view and Lord Shiva always attracts many visitors and devotees. During the time of Mahashivratri and the Bengali month Shraban, this place collects huge numbers of visitors. 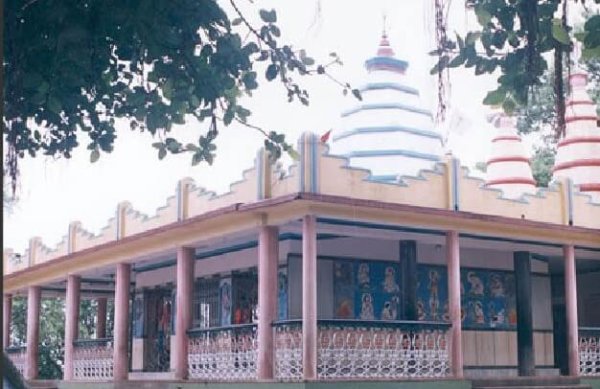 The Binduvasini Temple is situated at a distance of 2 kilometres from the Barharwa Railway Station. It is another popular religious importance of Sahibganj district. Navaratri is the major festival of this site. During this time the temple collects a huge number of travellers.

The Raksisthan Temple is a popular pilgrim centre for tribals. This temple is located very close to Teliagarhi fort, near Kkaramtola Railway station. The temple was constructed in 1819 and it is open for all devotees. 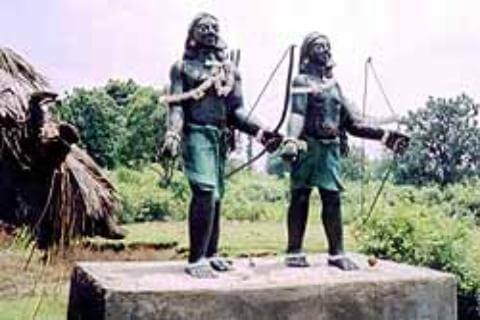 Bhoganadih and Panchkathiya both are famous as historic sites and it derived its name from two legendary brothers. The legendary brothers led the Santhal revolt 1855. As per the history, it is believed that this is the place where two brothers hanged by the British. The statue of Sido and Kanu was built here to save the memory of two fighter brothers.

If you love adventure, so friends don’t waste your time and visit all amazing destination in Sahibganj District, which I have already mentioned.