Purnia is one of the famous international tourist destination of Bihar. It is situated in the north-eastern part of the state. This city is famous as a Sangam asthal. River Ganga and River Koshi both are meet together in this district. Read this article to know about the best tourist spots in Purnia District. So many interesting tourist spots are present here but Line Bazar, Purnia Devi Maa Temple, Forbesganj, Manihari, Kamakhya Mandir and Jalalgarh Fort these five places are the most popular attraction of Purnia District. Another tourist destinations are Kaath Pool, Maa Kali Mandir, Kursela, Thakurganj, Kamalpur etc.  Winter is the best time for visiting Purnia District. Line Bazaar is a famous and most popular market in Purnia district. This market has huge numbers of shops and everything is available here, which peoples need. This market is also popular for its medical center. A Multi facilities medical center is present in this market and all types of specialty doctors and physicians reside and practice here. This ultra-modern medical center spread over a huge area with beautiful buildings. Now a days peoples from the different places come here to receive medical care.

Purna Devi Maa Temple is an interesting place of religion. This temple is dedicated to the Puran Devi Maa. Devi Puran is another name of Goddess Kali Mata. Shed takes the form of nine different goddesses. The statue of Mata Puran Devi wearing beautiful jewelry and traditional Indian Sari. Shiv Linga is another popular statue of this temple which is also worshiped by devotees. A beautiful story present behind this oldest temple. Everybody said that many times ago a hundred goats were beheaded here in the name of sacrifice to please the goddess. Diwali and Durga Pooja are the major festivals of this site. During this occasions, lots of devotees will come here to celebrate their holy festivals.

Forbesganj is a famous commercial place in Purnia district. This small town is situated at a distance of 12 kilometers from the city of Birathnagar in Nepal. At first, the name of this site was Forbes. Actually, the name of this town came from the named Forbes, who was a ruler of this city. After the independence, this site was renamed as Forbesganj. This site is also famous for its beautiful architectural buildings. This all buildings have so many antic collections from the time of British rules. The villagers of this place also influence by the British tradition and culture. The old culture, tradition, and lifestyle of the villagers attract huge numbers of tourists. College Chowk, Badi Masjid, Dal Bangla, Gandhi Maidan are the popular destination of this place.

Manihari a good tourist spot in Bihar
1 of 3

Manihari is a village in Purnia District. According to this mythology, this place is very famous. It is said that Lord Krishna while traveling through these parts, had a lost valuable here. Once upon a time, this ancient place was known as Maniharan, after that, it’s replaced by the current name. In the Sanskrit language, the word ‘Mani’ means ‘jewel’.  Manihari situated on the banks of the River Ganga. This place is also famous for Manihari Ghat, an amazing picnic spot. This village is a flood prone area, during the monsoon season every year due to heavy water flow in the river. This village hosts an annual fair during the full moon. The major attractions of this place are Maharishi Mehi Ashram, Gogabill Lake, Peer Mazar etc.

Jalalgarh Fort in Purnia, Bihar
1 of 3

Jalalgarh Fort is a rectangular shaped oldest fort in Purnia District. This unique fort was built in the year 1722 by the Nawab Saif Khan. He has constructed the fort to defend the city against Nepal invasion. This 300 year ruins Fort is the major attraction for every tourist. This ruins fort has situated with beautiful architectural style. Now the government of Bihar took this place and give the full effort to maintain this ruins forts. This beautiful site has so many tourist spots such as Adampur, Ramkrishna Ashram, Kamalpur, Chakla, Thakurganj etc.

Other places of interest in Purnia 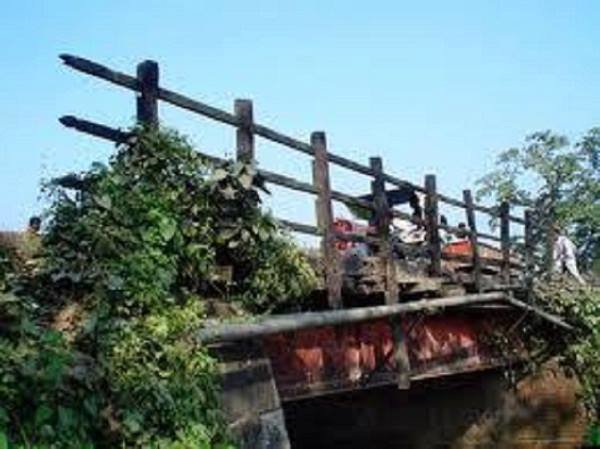 Kaath Pool is an oldest and famous bridge of Purnia District. This bridge was made of the wood. It is situated on Khuskibagh National Highway. This bridge was constructed centuries ago and still remains functional.  Now, this place became a good tourist spot for local visitors.

Maa Kali Temple is one of the most popular temples of this region. This temple is dedicated to Kali Mata. During the time of Diwali every year, the authority of this temple hosts a big fair and collects huge numbers of devotees.

Kursela is a wonderful tourist spot in Bihar
1 of 2

Kurusela is famous as a Sangam asthal or meeting Point of Ganga River and Koshi River. The Scenic view of this meeting point attracts many visitors.  Now Kursela is a famous hilly region of Purnia district.

Thakurganj is a famous attraction for its ancient history. It is located in the border area. This place is related to the Mahabharata. According to the mythology, Pandava had stayed at this place during their one-year incognito exile. This place also popular for its old tradition and culture.

Kamalpur is a wonderful village in Purnia District. This village is popular for its unique shape like a lotus flower, that’s why this village famous as its local name Kokaful. Now this place developed as a tourist spot.

If you love adventure, so friends don’t waste your time and visit all amazing destination in Purnia District, which I have already mentioned.