Muzaffarpur is one of the famous and populous districts in the state of Bihar. Muzaffarpur town is situated on the bank of the Burhi Ganga River. It is named after Muzaffar Khan, who was a revenue officer under the British rule.  Muzaffarpur is one of the largest commercial and educational centers in North Bihar. This town is famous for the Litchis production, that’s why it is known as the Litchi Kingdom. Read this article to know about the best tourist spots in Muzaffarpur District. Litchi Gardens, Baba Garibnath Temple, Jubba Sahni Park, Ramchandra Shahi Museum, Khudiram Bose Memorial, Kali Mata Temple, Shri Ram Temple, National Litchi Research Centre, Masjid-e-Belal, Simri Mai Temple, Ambara Chowk, Ramna’s Tripur Sundari Temple these all are the attraction of Muzaffarpur District. Muzaffarpur is also popular for its communication facilities and beautiful temples. Winter is the best time for visiting Muzaffarpur District. 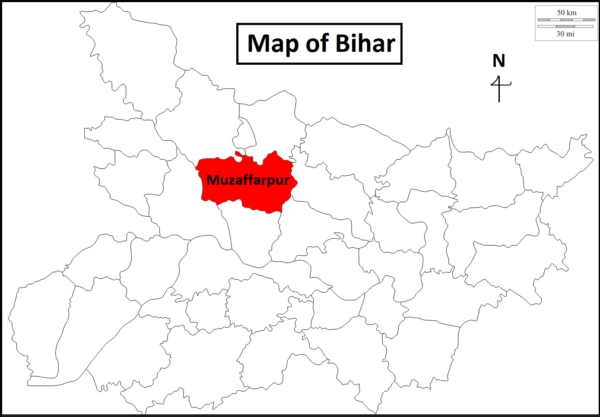 A full list of tourist attraction in Muzaffarpur District are –

Litchi-gardens-muzaffarpur district in Bihar
1 of 4

Litchi garden is one of the major attraction for every tourist. This beautiful garden covered a huge area of this district. Every year more than 3 lakh tonnes Litchi producing here. It is situated at a distance of 7 kilometres from the main city.  This production center produces high-quality Litchis, which is exporting other countries. In the month of May to June is the best time to visiting this place, because in this two month garden fulfil by the litchis.

Baba Garibnath Temple is another one popular attraction of Muzaffarpur District. This holy temple is situated in the heart of the city. This temple is dedicated to Lord Shiva. Everybody believe that once upon a time the statue of Shiv Linga was collected beside the holy tree of this temple. After the collecting of the statue of Lord Shiva, people of this village built a beautiful temple with the support of Bihar government. Every Monday this pilgrim centre collects many local peoples. Every year the Bengali month of Sraban here celebrated Mahashivratri by the local and the devotees from other places.

Jubba Sahni Park is the oldest park in Muzaffarpur District. It is situated near Mithanpur area. This park is the main attraction for adults and Children’s.  These children park named after Jubba Sahin, who was a famous freedom fighter. The beautiful nature, flowers, playground, green trees and grass, view of sunset these all are the major attraction for every tourist. Every day the time of sunset in this relaxing place fulfil with the local visitors.

Ramchandra Shahi Museum in Muzaffarpur-Bihar
1 of 2

Ramchandra Shahi Museum is another popular attraction for every tourist, which is situated in the midst of the Jubba Sahni Park. This beautiful and entertaining museum was built in the year of 1979. The ancient museum has a huge collection of antics including rare postage stamp, artefacts and various art objects.

Khudiram Bose Memorial is one of the popular historical places in Muzaffarpur District. It is located on the Prafool Chaki Marg. An 18 years old freedom fighter Khudi Ram Bose was arrested in 1908, for the throwing a bomb on the British District and Sessions Judge of Muzaffarpur, Kingsford. It a great attraction for every history lovers. Kali Mata Temple is situated near Sikandarpur in Muzaffarpur District. This temple is dedicated to the goddess Kali. It was built in the year 1932 on the southern part of the River Gandak. This holy temple was established by Darbhanga Maharaj Kamlesh Singh. Every Tuesday and Saturday worship held here by the local people of this village. 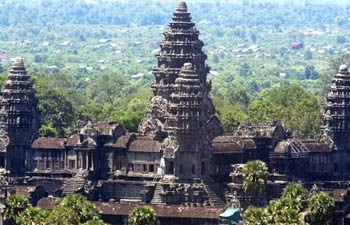 So many Navaratna temples are situated in Sahu Pokhar in Muzaffarpur District, Shri Ram Temple is One of Them. This temple is dedicated to Lord Ram and his batter half Sita Maya. Local People believed that this temple was established by Rajasthani artist. After that Shiv Prasad Sahu take the responsibility to the maintenance of the temple. Beside this holy temple, there is also a famous temple situated in this district, which is dedicated to Lord Shiva. The temple of Lord Shiva has considered as the third largest Shivalinga in India. 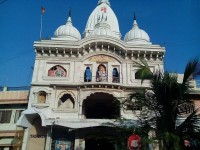 Durgaasthan Mandir is a popular temple in Muzaffarpur District. This temple is dedicated to Goddess Durga. Every year the authority of this temple arranged Durga puja with the new style. The area of this temple is so big and this temple wins many awards for its very lovely Pooja styles.

The Simri Mai Temple of Muzaffarpur is located in Avaas Nagar. This temple is also known as Bhagwati Mata Temple because this temple is dedicated to Goddess Bhagwati. According to the old legend, an old lady uses to meditate here at night for long hours. After that, this place becomes popular and it’s known as Simri Mai.

Ambara Chowk is situated in the Saraiya Block in Muzaffarpur District. Everybody believed that this Chowk is the home of Amrapali, a wonderful Sculpture of Vaishali. 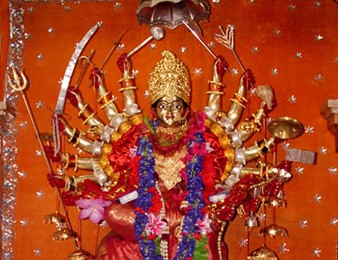 Ramna’s Tripur Sundari Temple is a beautiful and idol temple of Devi Mata. This unique temple was built by Shri Umashankar Prasad in the year 1941. The temple hosts various types of festivals and collects huge numbers of visitors from the different places.

Rajkhand is a wonderful village covering with the beautiful village situated at a distance of about 5 kilometres from the headquarters in Muzaffarpur District. The village is popularly known for an old temple of Bhairav Nath. Ever year local peoples of this village arranged an annual cattle fair on the day of Mahashivaratri. Tourist can visit also Radha-Krishna Temple, Hathilwa-Mathh, Badi Masjid and Ramna Gurudwara in this village.

Katra Garh is situated around 35 kilometres from Muzaffarpur District. This historical place was known as Akbarpur, during the time of Mughal Emperor Akbar. So many historical attraction are here, which attracts every history and adventure lovers.

If you love adventure, so friends don’t waste your time and visit all amazing destination in Muzaffarpur District, which I have already mentioned.