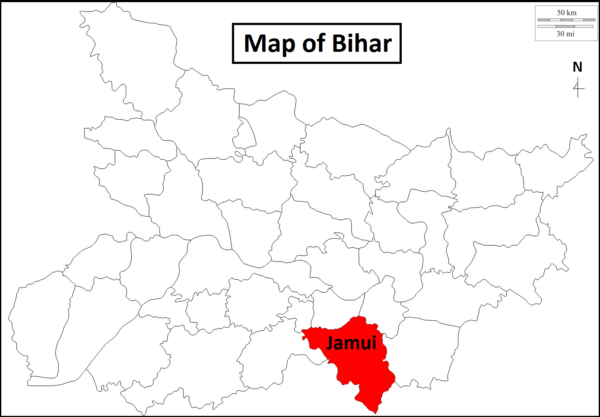 Here is the list of best tourist spots in Jamui District

Simultala is a small village in Jamui district, famous as a heart resort. Simultalla Hill station is mainly famous for its scenic beauty and charming weather. According to the Indian mythology, it is popularly known as the meditation place or tapobhumi of great saint Sri Ram Krishna Paramhans. The natural beauty of this hill station attracts many visitors. This place is an ideal place for relaxing.

Chandrashekhar Singh Museum is also known as Chandrashekhar Singh Sangrahalaya. This museum was founded on 16th March 1983 and was named after Chandrashekhar Singh, who was a renowned member of Indian Congress. In the year of 1983-85, he was Bihar’s, Chief Minister. The museum is famous as a preserver of antique collection. This all antique products are present here from past few years. 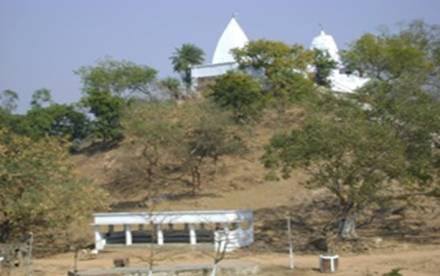 Patneshwar Mandir (Temple) is one of the famous temples in Jamui district. This temple is dedicated to Lord Shiva. Once this site was famous for the residence of Goswami family. It is said that One day Goswami saw something shining in woods and on closer he found was a Shivling. After that, he established this Holy Temple inside his house.  The Patneshwar Temple was finally constructed in 1711 AD. Shivling of this temple also called Kamna ling by the local people.In the Bengali month of Shravan every year, local people celebrate Mahashivratri festival.

This temple is a large and old rest house for Jain pilgrims. This rest house is also known as Jain Mandir Dharamsala. It is situated at a distance of 20 kilometers from Jamui town. Inside the Dharamsala, there is a big Lord Mahavir temple. 65 big rooms are present in this rest house. This Jain Mandir rest house becomes one of the most attractive places for its grandeur and serenity.

Giddheshwar Temple in Jamui
1 of 2

Giddheshwar temple is situated at a distance of 15 kilometers from Jamui. This temple is dedicated to Lord Shiva. Giddheshwar is another popular name of Lord Shiva. It is a holy temple of Lord Shiva located on the top of boulders. According to the mythology, this site is famous for an unbelievable fight between Ravan and Jatayu. Mahashivratri and Magh Purnima are the major festivals of this site and during this time huge numbers of devotees come here to celebrating the festivals.

Hazrat Khan Gaji Dargah is one of the famous pilgrim center of the Muslim religion. This Darga collects huge numbers of local visitor’s daily basis. Mainly visitors come here to complete their prayer because they believe God fulfill their wishes.

Kshatriya Kund Gram is one of the popular holy places in Jamui. This place is famous because it is the birthplace of the 24th Tirthankar or last Tirthankar Lord Mahavira. Lord Mahavira temple is the main attraction of Kshatriya Kund Gram. Another attraction of this village is Lachchuar, which is located at a distance of 15 kilometers from south of this village.

So many beautiful temples are present in Jamui district, Kali temple is one of them. It is situated in the malaypur village near Jamui railway station. This place mainly famous for the big fair. Every year during the time of Diwali here a big fair arranged by the authority of temple. This fair locally knows as Kali Mela.

Suggi is the habitat of a Kaystha family and it is located at a distance of 10 kilometers from Jamui district. The place is mainly popular for a Shiv Mandir and Durga Mandir that is situated here.

Minto Tower Gidhaur is one of the popular tourist spot and historical place of Jamui district. Minto Tower was constructed to welcome the then British Viceroy, Lord Irwin to Gidhaur, by the ruler of Gidhaur. This tower is situated on the Jamui-Jhajha state highway, when you cross the road then you easily notice this tower.

Maa netula temple in jamui
1 of 2

Maa netula temple is one of the famous temples of Maa Ambe, is located at Kumar Gram in Jamui district. This temple is a popular pilgrim center for both Hindus as well as Jains.

Bhim Bandh is situated between Lakshmipur and Haveli Kharagpur Jungle. This place is the source of hot water. This place is an ideal picnic spot in the winter season. This dam or Bandh is the major attraction for every tourist.

If you love adventure, so friends don’t waste your time and visit all amazing destination in Jamui District, which I have already mentioned.