Madhepura is an excellent tourist destination in the state of Bihar. When you come to visit in Bihar state, then you don’t forget to visit Madhepura District. It is situated in the northern part of the state. This ancient and fertile city is irrigated by the Koshi River. After the independence this old district struggling for development. An old tradition, devotional places, architectural marvels, religious places of this districts collect huge numbers of visitors from the different states. Read this article to know about the best tourist spots in Madhepura District. Singheswar Sthan Mandir, B N Mandal Stadium, Railway Sleeper Factory, Jwala Mandir, Dakini Sthan Mandir these all are the major attraction of Madhepura District. Chat Puja and Durga Puja are the major festivals of this city.  Madhepura is also popular for its beautiful temples and sightseeing. When the temperature will be decreased in the month of October to March, this is the best time for visiting Madhepura District. A full list of tourist attraction in Madhepura district are –

Singheswar Sthan Mandir is one of the famous devotional place Madhepura District. This temple is situated at a distance of 8 kilometers from the city center of Madhepura. It is known for its historical and religious importance. This temple is dedicated to Lord Shiva. The ruins of Seven ‘Havana Kunds’ make this place more attractive. It is believed that once upon a time the place was inhabited of Sringi Rishi, after that it is famous as Singheshwar. Mahashivratri is the main festival of this place. Every year in Bengali month of Shraban thousands of devotees come here to worship and celebrate the birthday of Volanath.

B N Mandal Stadium is one of the major attractions for the youth generation. This playground is used for playing crickets matches and other outdoor sports. This stadium hosted various cricket matches on the Daily basis. Every afternoon many people come here to see the playing.  This stadium is also used for official activities of the government.

Railway sleeper Factory is another attraction of Madhepura District. So many technical features are present in this factory. This factory is too big and started with a lot of publicity and promise.  This factory was established to manufacture railway sleeper coaches. Local peoples are very helpful by the factory because this factory offered job so many peoples of this village. 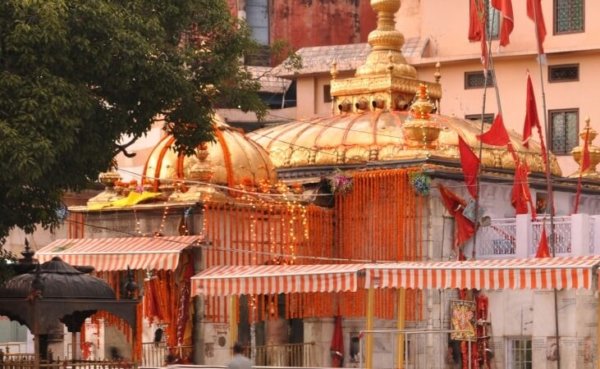 Jwala Mandir is a famous temple of Madhepura District. It is situated at a distance of 1 km from Phulot Region. This temple is dedicated to Goddess Jwala Devi. According to the mythology, jwala refers to the flame that erupted out of the tongue of Sati during the tandav performed by Lord Shiva. ‘Jwala Devi’ means Durga Mata. This temple is considered as one of the famous Sati peeth. Lots of devotees come here for worship on a regular basis. During the festivals, this holy temple collects huge numbers of visitors from different places.

Madhepura is famous as an ancient temple city, Dakini Sthan Mandir is one of them. The temple is located in the city center of Madhepura district. This temple is dedicated to the goddess Durga Mata, who is the symbol of women empowerment. As per the Mythology, the ancient temple is made to worship the goddess of power and wisdom. This beautiful temple covered a large area with unique architecture. The architecture of this temple inspired by Mauryan art.

If you love adventure, so friends don’t waste your time and visit all amazing destination in Madhepura District, which I have already mentioned.