Gumla is an important tourist destination in the state of Jharkhand. In the year of 1983 on 18 May, Gumla was established as a separate district. It is popularly known for its nature’s beauty and rich historical tradition. Gumla is the perfect destination, where one can take a break from drudgery daily monotony & simply rejuvenate. Geographical location of this district is totally interesting. This district is surrounded by thick forests full of luxurious greeneries, undulating hilly landscape and sparkling rivers. The tribal and nontribal communities in this region live together and celebrate various festivals with unity. If you come here then you can see various beautiful features and you will gather more experience about the history of this district. Here in this post, I have prepared a full list of tourist spots in Gumla. Read this article to know about the best tourist spots in Gumla district. 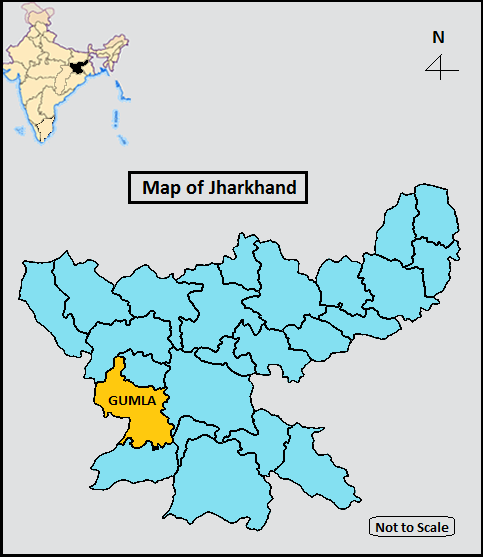 Let’s have a look at the List of best Tourist Spots in Gumla District [Jharkhand, India]

Tanginath-dham in Gumla district
1 of 3

Tanginath is a beautiful temple situated at a height of around 300 feet in the Dumri block of Gumla district. It is covered an area of 10,000 square metres. This shrine is famous for its architecture. This ancient medieval era’s architecture always attracts tourist’s eyes. This temple also famous for Trishool, which is made of iron. The temple has the various inscription, which represents the ancient history of this place. Anjan: Idol of Lord Vishnu, Surya, Lakshmi and Bhavani are the other attraction of this place. This all idols are made of stone.

Baghmunda Waterfall is situated in the Basia block of Gumla district. The temple of Lord Jagannath, near Baghmunda Waterfall, is another attraction of this place. This temple is considered as one of the oldest temples of Jharkhand. According to the history, everyone believes that the traditional Kalinga architectural stylized temple was built around 400 years ago. 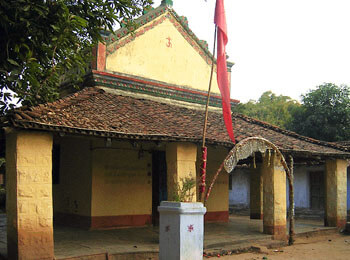 Hapamuni is a small village in Ghaghara block. Mahamaya temple is the main focus of this ancient village. This temple is dedicated to Mata Durga, who is the symbol of the power of women. The temple was built by Gajghat Ray, who was the 22nd king of the Naga dynasty. 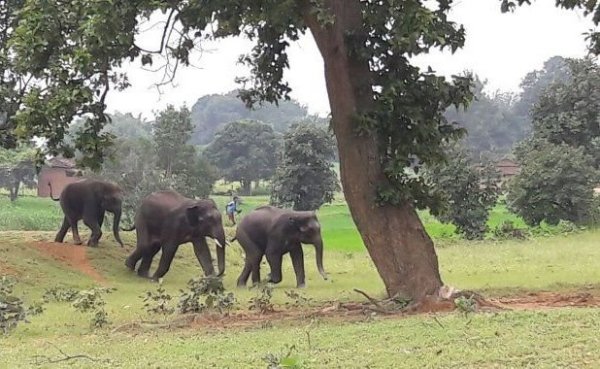 Bharno is known as an ideal picnic spot. It is located in Gumla district. This block is famous for the Beng hill. There is a big cave on the top of the hill, where 40-50 people can easily take shelter at a time. This place also famous as a green vegetable production centre. Samsera Dham is another religious attraction of this place. During the time of Kartik Poornima, a huge number of visitors visit here to gather more knowledge about this place.

Panch Pandava Pahar is situated in Bishnupur block. There is a large settlement of tribal communities including Asur, Brijiya, Korwa and Birhor. Once upon a time, the Pandavas stayed here for short time, that’s why this hill is known as Panch Pandava hill. 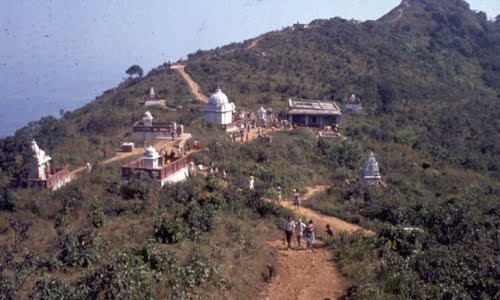 Chainpur is a small village surrounded by various rivers, water streams and forests. There is a large settlement of tribal communities including Munda and Oraon. Sadni waterfall is another attraction of this village.

According to the history, Palkot was known as Nagri and Pampapuri in ancient period. It is believed that once Palkot was the capital of king Bali and Sugriva. Shitalpur, Malmalpur and a cave are the major attraction of this village. Gobbarsilli is a place near Palkot, which is also famous for the variety of fabrics manufacturing.

Nagpheni is located in the middle of Gumla and Sisai village. The temple of God Jagannath is the main attraction of this place. One can also find here a huge rock, which takes the form of a snake otherwise known as ‘nag’. 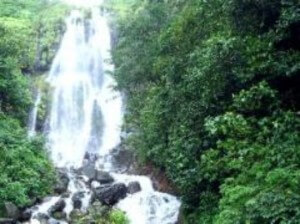 Rajadera village is situated at a distance of 25 kilometres from Netarhat. Pleasant weather of this place collects thousands of tourists. The natural Beauty of Shankh River and the sparkling waterfall always attracts tourist’s eyes. The waterfall is falling down from a height of 2600 feet.

Kamdara is a hill area, situated at a distance of 10 kilometres from Gumla city centre. The temple of Lord Shiva is the main attraction of this place. During the time of Mahashivratri, various devotees visit this place and a beautiful fair is hosted here.

Mahadeokona is a beautiful village surrounded by huge numbers of Shiva lingas. According to the mythology, it is said that a temple of Lord Shiva situated here from dating back to the time of Mahabharata. The temple was made of stone. There has a dangerous cave also, which is most adventurous near every tourist. It is said by the local peoples some ten years back, one could hear lions roaring in the cave.

Dewaki is famous religious place in Gumla district. It is located on the bank of Ghaghra River. A holy temple of Lord Shiva and Goddess Parvati is present here. The idol of Shiv-Parvati was discovered between 1967 and 1968. During the time of Shiv Puja, various devotees come here to complete their worship near God.

If you love adventure, so friends don’t waste your time and visit all amazing destination in Gumla District, which I have already mentioned.