Jama Masjid – The largest mosque in India: Hi Guys! It’s Amit again. Today I am going to share with you about the Jam Masjid. The Jama Masjid is the largest mosque in India, with a courtyard capable of holding 25,000 devotees. The mosque is a good symbol of great architecture that existed during the Mughal period. It is also known as Masjid-i-Jahan-Numa. Jaha means the world and Numa means a view. 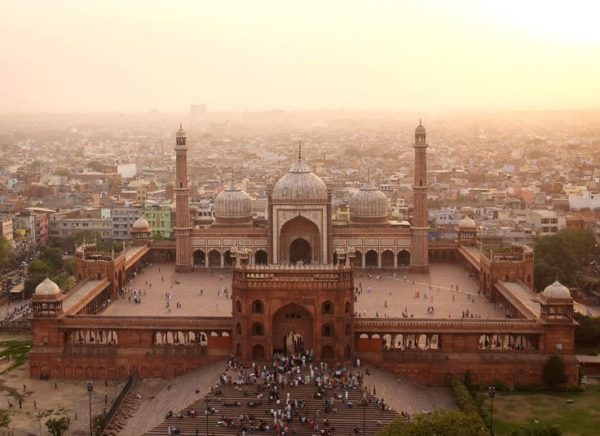 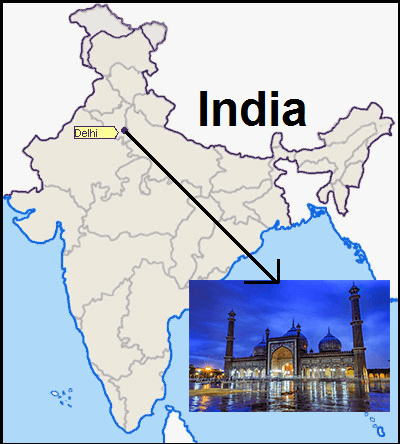 Open: All days of the week,

Tourist not allowed during the time of Prayer

Significance and Information about Jama Masjid:

The Jama Masjid was completed in 1656. Which is 16 years after the formal inauguration of the city. The city has several mosques but this was Masjid-i-Jahan-Numa, which was built by Saha Jahan. It is this mosque that was to later become the stereotype design for all mosque to be built subsequently. After this anybody who built a mosque has tried to copy this. Before Jama Masjid, there is no mosque in Delhi that has the miner. You climb the tower and shout your voice does not reach the ground. The people believe the God lives above you, so you wanted to go as high as possible to closer to God. In the case of Shah Jahan deeply concern about balance, so he had to frame his prayer chamber with the two towers. Architecturally this is a phenomenal structure. The total proportion, the balance, the domes and this became an inspiration. The mosque of Jama in Aligarh is a copy of this mosque. This mosque is also probably the first mosque built exclusively with sandstone and marble.

On a Friday as you arrive here through the bustling bazaars Chandni Chowk the spectacle is overwhelming. Everything about the Jama Masjid is larger than life. The intimidating entrances beyond them in the vast courtyard nearly a hundred square meters. It is flanked by pillared corridors which run along its length, its western chamber stands on 260 carved pillars. The carvings drawing heavily from Hindu Jain and Islamic traditions. The Jama Masjid is a confluence of majestic gateways, angle stars and two minarets stunning 40 meters high. The roof was designed black and white stripes of marble and the top is gilded with gold. The prayer hall is decorated with arched model structures detailing its history. Its sanctum contains freshest religious history a replica of the Quran written on a deerskin. A red beard hair of the prophet his sandals and a footprint built between 1650 and 1656. It was built in red sandstone and marble by more than 5000 artisans at the center of what was called the capital city of the Mughals Shah Jahan. Braving centuries of heat and dust the Masjid stands proud unchallenged a tourist attraction a historians delight a soul space for the faithful a thing of beauty and joy forever.

Watch the Review of Jama Masjid

My Last Words: Jama Masjid is a great symbol of India and one of the most popular landmarks in India. I hope you enjoyed reading about the largest Jama Masjid.

Related Post: The Agra Fort – A complete destination in India