Home Android Do you know what type of sensor has set in your phone?

Friends, do you know what type of sensor has set on your phone and what are the activities of each sensor. If you don’t know then read this tune attentively, you will get to know about all types of sensor.

Let’s know about what type of sensor has set in your phone? 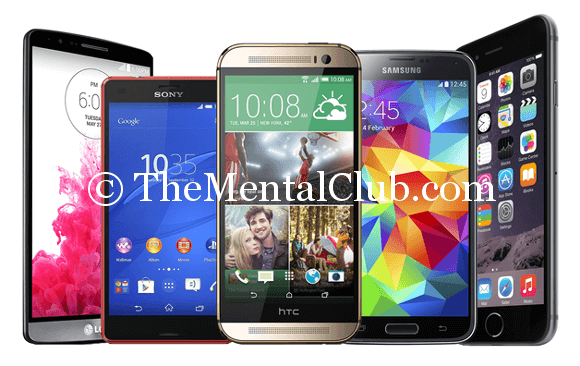 At first, I tell you about Accelerometer, which has set almost on all smartphones. Now, what does Accelerometer do, see this sensor tells to software about how you have kept your phone. Suppose when the auto rotate option of your phone is activated that time if you see any photo by keeping straight normally, then photo goes on straight, but when you hold your phone by keeping landscape mood then photo goes on the landscape. There are features in somephone like this way, when tcall comhe es in your phone and if you hold that phone by keeping opposite then the phone will be silent. Or if you hold your phone opposite, then it will go in a saving mood. So Accelerometer works for all these matters and it tells your phone’s software that how you have held the phone and instead of this your phone works in that way.

Another sensor on your phone is Gyroscope or Gyro sensor. Now, what does Gyroscope do, actually it is a type of Accelerometer. But it is the very prosperous Accelerometer. With the help of Gyroscope your phone gets totally perfect information, that’s how you have held your phone, in what angle or curving how much degree corner. Google has an app which is the photocopier, through which photo is taken by 360-degree. So using this app when you capture the 360-degree photo, then your phone captures several photos in several angles. In this situation, the camera can know with the gyroscope that which photo has been captured in which angel. And according to that your phone’s software collects that photos by changing into a totally 360-degree photo. Or it is seen in some games several tasks is completed in the game through moving phone in several angles. Like if you recline phone before or behind by keeping landscape mood, then one task will be held. If you decline your phone, then another task will be held or if you rotate around your phone then another task will be held etc. So all this work is completed with the help of Gyro sensor.

The third name of a sensor is Magnetometer. This sensor works of a compass on your phone. If you don’t have Magnetometer on your phone, then on the map or in an app of several compasses you will not see the instruction of north south etc. Some app works as the metal detector with the help of a sensor. As this sensor is a magnet, so if you bring any metal thing near your phone then this sensor can determinate that. And several types of the app work with the help of it.

Friends, let’s talk about proximity sensor. This sensor is found to be out of your phone. It is found on the camera on your phone or at the top of a nearby speaker. This sensor works by measuring the distance from you to your phone’s screen. Like when you are in a call and you talk by keeping the phone in the ear, then light closes off your screen. There are two benefits in it. One is- your battery light saves and the second is- when you talk and put the phone in the ear, then you know if the call is not cut by touching the face or it does not hold or even any option does not click, that’s why screen’s light closes.

You will see nowadays there are3-4 proximity sensor instead of 1 on Motorola’s phone. When you take away your hand on your phone, then the phone’s screen will be on, so you will see notification etc. There are many apps like that who completes several works by using proximity sensor. Like to receive a call from the top of the phone by hand, clicking selfie by giving the sign of the head etc.

Generally, proximity sensor throws an infrared light, then how much that light comes back or not to the sensor, that decides how much far you or anything from the phone.

Now let’s talk about the light sensor. This sensor is situated correctly nearby proximity sensor. This sensor works in correcting phone’s brightness automatically. When you hold your phone normally, then the light sensor gives information to phone’s software by measuring extend lighting levels of around. And according to that information, your phone’s screen light can be seen less or more. Suppose you have wondered any outside area and a lot of sunshine around you, but this sensor will increase screen’s light for which you can see well. Or if you use the phone in the dark night, then this sensor will decrease phone’s light for which more light can’t reach in your eyes and you can get a good night vision.

Friends, there is such sensor which name is Barometer. The barometer is used for measuring the pressure of the atmosphere. With the help of sensor, you can know that how much are you from sea level to altitude. This sensor has two main functions. Firstly, if you have Barometer on your phone then this helps GPS and it can inform you correctly your location. Secondly, there are some health-related apps which measures the height of ride hill, or how much height you have ridden within how much time etc. Matters you can know with the help of the barometer.

What is Air Humidity Sensor, it had been found in some phone of Samsung. This sensor can inform you by determining the environmental conditions around you that this weather is useful or not for your health.

Now let’s talk about Pedometer. See Pedometer is not seen on all phones, just it can be seen in some phone. A pedometer is another improved version of Accelerometer. And through this, you will decide that how much you have walked in the whole day. You can do this work with the help of Accelerometer, but it will not be totally correct. But if you have a special Pedometer sensor in your phone, then it is possible to determinate correctly on your walk, you don’t need to use any apps of the third party.

Another sensor name is Radiation sensor, which we can’t ignore it. It can be seen only on some phones. And it can be seen only on some Japanese phones. With this sensor, you will know that there is the existence of how much fatal Radiation in your surroundings. Suppose there are several types of radioactive device in your house like cell phone signal, Wi-Fi signal, microwave etc. So this sensor measures mainly levels of Radiation and it can inform you about that how much this is fatal for you. Though at present these are in some phones only, but it is expected that you will get to see this in many phones in future.

At last, I will tell about Heart Rate sensor and Blood Oxygen sensor. These two sensors have been seen in Samsung Galaxy and some phones of note series. It is possible to measure your heart rate and oxygen in blood with these sensors.

So this was the today’s tune. I hope you have known about using many types of sensor in mobile phone and their work. If you know more about any sensor then you can comment. Share this tune definitely at the time of comment if you like it.

Now talk and hear song together on your Android phone

How to restore deleted contacts from an Android phone using Gmail...