Another top 50 questions of computer Network. I think, it is working for you. You can comment your requirements. 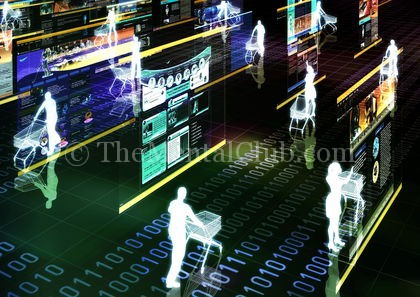 2. What is fiber-optic cable?
Answer
Fiber-optic cable is used to transmit light signals over long distances. It has the ability to carry large amount of bandwidth over a greater distance at faster speeds. Fiber- optic cable has the core in the center, which is the glass fiber that carries the light signals. The cladding layer surrounds the core and acts as a mirror allowing the light to reflect off it as the light travels. Outermost layer of the cable is buffer coating, which protects both fiber and cladding, and prevents signals from leaking out of the cable. It also protects the fiber from damage and moisture.

6. What is High-Definition Multimedia Interface (HDMI)?
Answer
HDMI is an interface standard used for audio-visual equipment, such as high-definition television and DVD player. It simplifies cabling and provides users with the high-quality home theater experience by delivering crystal-clear all-digital audio and video through a single cable.

10. Explain tree topology?
Answer
A tree topology is a LAN architecture that is similar to the bus topology but with multiple nodes. It can also be defined as a combination of the bus and star topologies.

12. What is repeater?
Answer
A repeater is a device used to interconnect the media segments of an extended network. It enables a series of cable segments to be treated as a single cable. Repeaters receive signals from one network segment and amplify, retime, and retransmit those signals to another network segment to prevent signal deterioration caused by long cable lengths and large numbers of connected devices.

13. What is hub?
Answer
A hub is a device that connects multiple user stations, each through a dedicated cable.

14. Multiple devices cannot communicate on the network simultaneously; therefore, what type of method must be used to allow one device to access network media at a time?
Answer
Carrier Sense Multiple Access / Collision Detection (CSMA/CD) and token passing.

15. What is CSMA/CD?
Answer
CSMA/CD is a layer 2 access method in which if a transmitting data station detects another signal while transmitting a frame, it stops transmitting the frame. Instead of the frame, it transmits a jam signal, and then waits for a random time interval before trying to send the frame again.

16. What is token passing?
Answer
A token is a small frame, which is passed from one node to another in a token ring network. If a node has data to send, it must wait until it receives a token. After the token is received by the node, it seizes the token, marks it as used, and attaches the data. The frame is then addressed to the destination node and the node continues passing the data around the ring until it arrives at the destination node. The destination node copies the data and marks the frame as received. When the sender node receives the frame, it implies that the data is successfully delivered. The sender node then frees the token to be used by another node.

22. What is NetBIOS Extended User Interface (NetBEUI) and is it routable?
Answer
NetBEUI is designed for peer-to-peer network and is a high_speed protocol used on small networks. It provides a good recovery and error protection. And No, it is not routable.

24. What is NetBIOS?
Answer
NetBIOS stands for Network Basic Input / Output System. It is an application interface, which operates at the session layer. It enables communication between applications with NetBIOS compliant protocol. NetBIOS applications can be supported over Transmission Control Protocol/Internet Protocol (TCP/IP) and IPX/SPX.

25. What is the role of Internet Protocol (IP)?
Answer
IP provides connectionless delivery between computer systems. It does not guarantee the delivery of the packets.

26. What is the role of Transmission Control Protocol (TCP)?
Answer
TCP provides acknowledged and connection oriented communication. It provides guaranteed delivery with proper sequencing of packets and data integrity checks.

27. What is the role of User Datagram Protocol (UDP)?
Answer
UDP is designed for connectionless unacknowledged communications. It adds the information about the source and destination socket identifiers in the datagram’s. However, it provides an unreliable service and datagram’s may arrive out of order, or appear duplicated.

29. What is the role of Internet Control Message Protocol (ICMP)?
Answer
ICMP controls and manages transmitted information using TCP/IP. It is an error reporting and diagnostic utility that enables nodes, such as routers, intermediary devices, and hosts, to share error information with other nodes.

30. What is Hypertext Transfer Protocol (HTTP) used for?
Answer
HTTP is used for transferring web-based information between client and server. It also defines how information is formatted and transmitted over Internet.

31. What is File Transfer Protocol (FTP) used for?
Answer
FTP is used to transfer files between FTP client and FTP server.

32. What is Simple Mail Transfer Protocol (SMTP) used for?
Answer
SMTP is used for sending e-mails between systems in TCP/IP environment. The main objective of this protocol is to transfer e-mails reliably and efficiently.

33. What is Domain Name System (DNS) used for?
Answer
DNS is used to resolve logical names into IP addresses. It also stores information, such as the list of mail servers that accept e-mail for a given Internet domain.

34. What is telnet used for?
Answer
Telnet is used to enable a remote terminal session across TCP/IP network. It is primarily used on the Internet or LANs to provide a communication facility, which is bidirectional, interactive, and text-oriented, using a remote terminal connection.

35. What is Serial Line Internet Protocol (SLIP) used for?
Answer
SLIP sends IP datagram’s over a serial link and transfers network traffic over dialup connection. It is often used where very low overhead is required. It is designed to work over serial ports and modem connection.

37. What is AppleTalk Protocol (ATP) used for?
Answer
ATP is used for Macintosh computers to provide connectivity to other computers.

40. What is the use of print services?
Answer
Print services are used to share output devices such as print and fax servers.

43. What is electronic mail?
Answer
Electronic mail is a set of applications that supports the transfer of information and data between two network users.

44. What is Dynamic Host Configuration Protocol (DHCP) used for?
Answer
DHCP is a configuration protocol that allows a computer to be configured automatically to communicate with other computers on the network and provides a centralized database to keep track of computers that have been connected to the network.

45. What is the role of repeater in a network?
Answer
Repeater is used for network interconnection to receive a network signal from one LAN cable segment and tc regenerate and retransmit the signal in its original strength to another cable segment. In other words, it amplifies the electronic signals from one network cable segment to another.

46. What layer does repeater work on?
Answer
Repeaters work on the physical layer of the OSI model.

47. What is the role of bridges?
Answer
Bridges reads the physical address of a device in one network and filters the information before passing the information to another network.

49. Can bridges connect networks with different architectures?
Answer
Yes, bridges can connect different types of networks, such as Ethernet and token ring.