Hi, Computer Experts, have you memorised last top 150 Computer  Network Question Answer? – which I published few hours ago . Now I’ll give you more 50 question of computer Network. I think, it is working for you. You can comment your requirements. 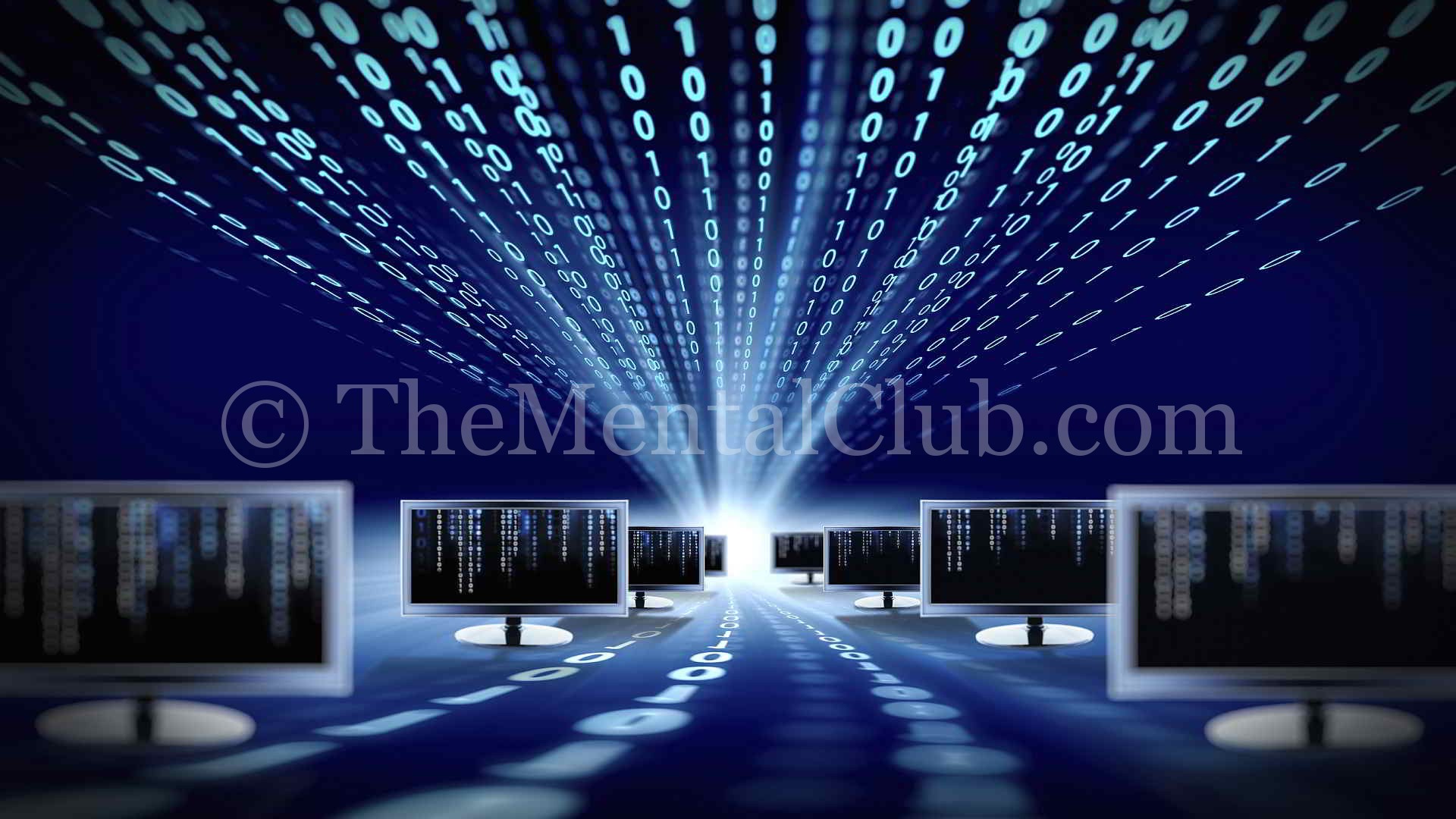 1. What is a TP Monitor in client server environment?
Answer
There is no commonly accepted definition for a TP monitor. According to Jeri Edwards’ a TP Monitor is “an OS for transaction processing”.

They were originally introduced to run classes of applications that could service hundreds and sometimes thousands of clients. TP Monitors provide an OS – on top of existing OS – that connects in real time these thousands of humans with a pool of shared server processes.

3. What is a Transaction server in client server environment?
Answer
With a transaction server, the client invokes remote procedures that reside on the server with an SQL database engine. These remote procedures on the server execute a group of SQL statements. The network exchange consists of a single request/reply message. The SQL statements either all succeed or fail as a unit.

5. What are General Middleware in client server environment?
Answer
It includes the communication stacks, distributed directories, authentication services, network time, RPC, Queuing services along with the network OS extensions such as the distributed file and print services.

7. What is an Object server in client server environment?
Answer
With an object server, the Client/Server application is written as a set of communicating objects. Client object communicate with server objects using an Object Request Broker (ORB). The client invokes a method on a remote object. The ORB locates an instance of that object server class, invokes the requested method and returns the results to the client object. Server objects must provide support for concurrency and sharing. The ORB brings it all together.

8. Why is Bluetooth called a cable replacement technology?
Answer
Bluetooth technology allows the creation of Personal Area Networks without cables or wires that are usual in home networks.

9. Give a generic description of Bluetooth?
Answer
Bluetooth is a low-cost, short-range (RF) links between mobile PCs, mobile phones and other portable devices. Bluetooth can transmit through solid, non-metal objects.

11. Explain Proxy ARP?
Answer
It is using a router to answer ARP requests. This will be done when the originating host believes that a destination is local, when in fact is lies beyond router.

12. Explain OSPF?
Answer
It is an Internet routing protocol that scales well, can route traffic along multiple paths, and uses knowledge of an Internet’s topology to make accurate routing decisions.

13. Explain Kerberos?
Answer
It is an authentication service developed at the Massachusetts Institute of Technology. Kerberos uses encryption to prevent intruders from discovering passwords and gaining unauthorized access to files.

15. Explain NVT (Network Virtual Terminal)?
Answer
It is a set of rules defining a very simple virtual terminal interaction. The NVT is used in the start of a Telnet session.

18. Explain autonomous system?
Answer
It is a collection of routers under the control of a single administrative authority and that uses a common Interior Gateway Protocol.

19. Explain EGP (Exterior Gateway Protocol)?
Answer
It is the protocol the routers in neighboring autonomous systems use to identify the set of networks that can be reached within or via each autonomous system.

20. Explain IGP (Interior Gateway Protocol)?
Answer
It is any routing protocol used within an autonomous system.

21. Explain passive topology?
Answer
When the computers on the network simply listen and receive the signal, they are referred to as passive because they don’t amplify the signal in any way. Example for passive topology – linear bus.

22. Explain Protocol Data Unit?
Answer
The data unit in the LLC level is called the protocol data unit (PDU). The PDU contains of four fields a destination service access point (DSAP), a source service access point (SSAP), a control field and an information field. DSAP, SSAP are addresses used by the LLC to identify the protocol stacks on the receiving and sending machines that are generating and using the data. The control field specifies whether the PDU frame is a information frame (I – frame) or a supervisory frame (S – frame) or a unnumbered frame (U – frame).

25. What does the Mount protocol do?
Answer
The Mount protocol returns a file handle and the name of the file system in which a requested file resides. The message is sent to the client from the server after reception of a client’s request.

26. Explain a pseudo tty?
Answer
A pseudo tty or false terminal enables external machines to connect through Telnet or rlogin. Without a pseudo tty, no connection can take place.

27. Explain anonymous FTP and why would you use it?
Answer
Anonymous FTP enables users to connect to a host without using a valid login and password. Usually, anonymous FTP uses a login called anonymous or guest, with the password usually requesting the user’s ID for tracking purposes only. Anonymous FTP is used to enable a large number of users to access files on the host without having to go to the trouble of setting up logins for them all. Anonymous FTP systems usually have strict controls over the areas an anonymous user can access.

30. Explain redirector?
Answer
Redirector is software that intercepts file or prints I/O requests and translates them into network requests. This comes under presentation layer.

31. Explain NETBIOS and NETBEUI?
Answer
NETBIOS is a programming interface that allows I/O requests to be sent to and received from a remote computer and it hides the networking hardware from applications. NETBEUI is NetBIOS extended user interface. A transport protocol designed by microsoft and IBM for the use on small subnets.

33. Explain cladding?
Answer
A layer of a glass surrounding the center fiber of glass inside a fiber-optic cable.

34. Explain attenuation?
Answer
The degeneration of a signal over distance on a network cable is called attenuation.

35. Explain MAC address?
Answer
The address for a device as it is identified at the Media Access Control (MAC) layer in the network architecture. MAC address is usually stored in ROM on the network adapter card and is unique.

36. Difference between bit rate and baud rate?
Answer
Bit rate is the number of bits transmitted during one second whereas baud rate refers to the number of signal units per second that are required to represent those bits. baud rate = bit rate / N where N is no-of-bits represented by each signal shift.

37. Explain Bandwidth?
Answer
Every line has an upper limit and a lower limit on the frequency of signals it can carry. This limited range is called the bandwidth.

38. Explain ICMP?
Answer
ICMP is Internet Control Message Protocol, a network layer protocol of the TCP/IP suite used by hosts and gateways to send notification of datagram problems back to the sender. It uses the echo test / reply to test whether a destination is reachable and responding. It also handles both control and error messages.

42. Define the term “DMZ” as it pertains to network security, and name three different common network devices that are typically found there?
Answer
It’s easy to think of your network as the “inside”, and everything else as “outside”. However, we’ve got a third area when it comes to firewalls – the DMZ.

From an IT standpoint, the DMZ is the part of our network that is exposed to outside networks. It’s common to find the following devices in a DMZ:
• FTP server
• Email server
• E-commerce server
• DNS servers
• Web servers.

46. Where can the backup configuration file be found?
Answer
It is stored in the NVRAM.

49. What is Windowing?
Answer
It is a kind of flow control.