A link refers to the connectivity between two devices. It includes the type of cables and protocols used in order for one device to be able to communicate with the other.

2) What are the layers of the OSI reference model? 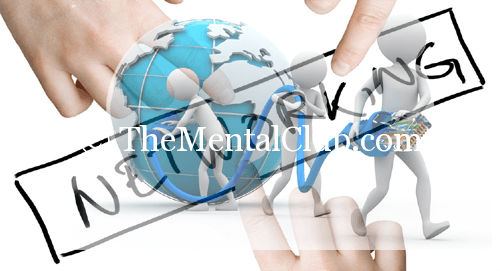 3) What is backbone network?

A backbone network is a centralized infrastructure that is designed to distribute different routes and data to various networks. It also handles the management of bandwidth and various channels.

LAN is short for Local Area Network. It refers to the connection between computers and other network devices that are located within a small physical location.

A node refers to a point or joint where a connection takes place. It can be computer or device that is part of a network. Two or more nodes are needed in order to form a network connection.

Routers can connect two or more network segments. These are intelligent network devices that store information in its routing table such as paths, hops and bottlenecks. With this info, they are able to determine the best path for data transfer. Routers operate at the OSI Network Layer.

7) What is point to point link?

It refers to a direct connection between two computers on a network. A point to point connection does not need any other network devices other than connecting a cable to the NIC cards of both computers.

8) What is anonymous FTP?

Anonymous FTP is a way of granting user access to files in public servers. Users that are allowed access to data in these servers do not need to identify themselves, but instead log in as an anonymous guest.

10) What is the maximum length allowed for a UTP cable?

A single segment of UTP cable has an allowable length of 90 to 100 meters. This limitation can be overcome by using repeaters and switches.

11) What is data encapsulation?

Data encapsulation is the process of breaking down information into smaller manageable chunks before it is transmitted across the network. It is also in this process that the source and destination addresses are attached into the headers, along with parity checks.

Network Topology refers to the layout of a computer network. It shows how devices and cables are physically laid out, as well as how they connect to one another.

VPN means Virtual Private Network, a technology that allows a secure tunnel to be created across a network such as the Internet. For example, VPNs allow you to establish a secure dial-up connection to a remote server.

NAT is Network Address Translation. This is a protocol that provides a way for multiple computers on a common network to share single connection to the Internet.

15) What is the job of the Network Layer under the OSI reference model?

The Network layer is responsible for data routing, packet switching and control of network congestion. Routers operate under this layer.

16) How does a network topology affect your decision in setting up a network?

Network topology dictates what media you must use to interconnect devices. It also serves as basis on what materials, connector and terminations that is applicable for the setup.

RIP, short for Routing Information Protocol is used by routers to send data from one network to another. It efficiently manages routing data by broadcasting its routing table to all other routers within the network. It determines the network distance in units of hops.

18) What are different ways of securing a computer network?

There are several ways to do this. Install reliable and updated anti-virus program on all computers. Make sure firewalls are setup and configured properly. User authentication will also help a lot. All of these combined would make a highly secured network.

NIC is short for Network Interface Card. This is a peripheral card that is attached to a PC in order to connect to a network. Every NIC has its own MAC address that identifies the PC on the network.

WAN stands for Wide Area Network. It is an interconnection of computers and devices that are geographically dispersed. It connects networks that are located in different regions and countries.

21) What is the importance of the OSI Physical Layer?

The physical layer does the conversion from data bits to electrical signal, and vice versa. This is where network devices and cable types are considered and setup.

22) How many layers are there under TCP/IP?

23) What are proxy servers and how do they protect computer networks?

Proxy servers primarily prevent external users who identifying the IP addresses of an internal network. Without knowledge of the correct IP address, even the physical location of the network cannot be identified. Proxy servers can make a network virtually invisible to external users.

24) What is the function of the OSI Session Layer?

This layer provides the protocols and means for two devices on the network to communicate with each other by holding a session.  This includes setting up the session, managing information exchange during the session, and tear-down process upon termination of the session. 25) What is the importance of implementing a Fault Tolerance System? Are there limitations?

A fault tolerance system ensures continuous data availability. This is done by eliminating a single point of failure. However, this type of system would not be able to protect data in some cases, such as in accidental deletions.

The 10 refers to the data transfer rate, in this case is 10Mbps. The word Base refers to base band, as oppose to broad band. T means twisted pair, which is the cable used for that network.

NOS, or Network Operating System, is specialized software whose main task is to provide network connectivity to a computer in order for it to be able to communicate with other computers and connected devices.

DoS, or Denial-of-Service attack, is an attempt to prevent users from being able to access the internet or any other network services. Such attacks may come in different forms and are done by a group of perpetuators. One common method of doing this is to overload the system server so it cannot anymore process legitimate traffic and will be forced to reset.

30) What is OSI and what role does it play in computer networks?

OSI (Open Systems Interconnect) serves as a reference model for data communication. It is made up of 7 layers, with each layer defining a particular aspect on how network devices connect and communicate with one another. One layer may deal with the physical media used, while another layer dictates how data is actually transmitted across the network.

31) What is the purpose of cables being shielded and having twisted pairs?

The main purpose of this is to prevent crosstalk. Crosstalks are electromagnetic interferences or noise that can affect data being transmitted across cables.

32) What is the advantage of address sharing?

33) What are MAC addresses?

MAC, or Media Access Control, uniquely identifies a device on the network. It is also known as physical address or Ethernet address. A MAC address is made up of 6-byte parts.

34) What is the equivalent layer or layers of the TCP/IP Application layer in terms of OSI reference model?

The TCP/IP Application layer actually has three counterparts on the OSI model: the Session layer, Presentation Layer and Application Layer.

35) How can you identify the IP class of a given IP address?

36) What is the main purpose of OSPF?

Firewalls serve to protect an internal network from external attacks. These external threats can be hackers who want to steal data or computer viruses that can wipe out data in an instant. It also prevents other users from external networks from gaining access to the private network.

Star topology consists of a central hub that connects to nodes. This is one of the easiest to setup and maintain.

Gateways provide connectivity between two or more network segments. It is usually a computer that runs the gateway software and provides translation services. This translation is a key in allowing different systems to communicate on the network.

40) What is the disadvantage of a star topology?

One major disadvantage of star topology is that once the central hub or switch get damaged, the entire network becomes unusable.

SLIP, or Serial Line Interface Protocol, is actually an old protocol developed during the early UNIX days. This is one of the protocols that are used for remote access.

42) Give some examples of private network addresses.

Tracert is a Windows utility program that can used to trace the route taken by data from the router to the destination network. It also shows the number of hops taken during the entire transmission route.

44) What are the functions of a network administrator?

A network administrator has many responsibilities that can be summarize into 3 key functions: installation of a network, configuration of network settings, and maintenance/troubleshooting of networks.

45) Describe at one disadvantage of a peer to peer network.

When you are accessing the resources that are shared by one of the workstations on the network, that workstation takes a performance hit.

46) What is Hybrid Network?

A hybrid network is a network setup that makes use of both client-server and peer-to-peer architecture.

DHCP is short for Dynamic Host Configuration Protocol. Its main task is to automatically assign an IP address to devices across the network. It first checks for the next available address not yet taken by any device, then assigns this to a network device.

The main task of ARP or Address Resolution Protocol is to map a known IP address to a MAC layer address.

TCP/IP is short for Transmission Control Protocol / Internet Protocol. This is a set of protocol layers that is designed to make data exchange possible on different types of computer networks, also known as heterogeneous network.

50) How can you manage a network using a router?

Routers have built in console that lets you configure different settings, like security and data logging. You can assign restrictions to computers, such as what resources it is allowed access, or what particular time of the day they can browse the internet. You can even put restrictions on what websites are not viewable across the entire network.

How Upskilling With Computer Networking Makes Me Better At My Current Job?

Neural Network – How will be that if computer starts to...