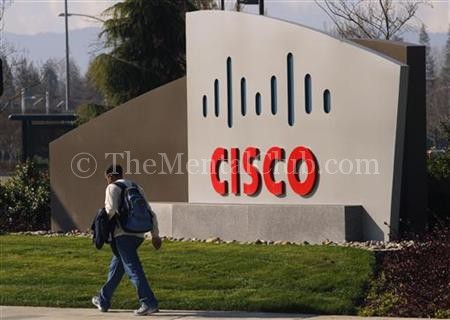 1.What does it mean when a route table says that an address is variably subnetted?

Answer: Variably subnetted means that the router knows of more than one subnet mask for subnets of the same major IP address.

2.What are discontiguous subnets?

Answer: Discontiguous subnets are two or more subnets of a major IP network address that are separated by a different major IP address.

3.What command is used to examine the route table in a Cisco router?

Answer: show ip route is used to examine the routing table of a Cisco router.

4.What are the two bracketed numbers associated with the non-directly connected routes in the route table?

5.When static routes are configured to reference an exit interface instead of a next-hop address, in what way will the route table be different?

Answer: When a static route is configured to reference an exit interface instead of a next-hop address, the destination address will be entered into the routing table as directly connected.

7.What is an administrative distance?

8.What is a floating static route?

9.What is the difference between equal-cost and unequal-cost load sharing?

traffic will be distributed inversely proportional to the cost of the routes.

10.How does the switching mode at an interface affect load sharing?

11.What is a recursive table lookup?

12.What is a routing protocol?

Answer: A routing protocol is a “language” that routers speak to each other to share information about network destinations.

13.What basic procedures should a routing algorithm perform?

Answer: At a minimum, a routing protocol should define procedures for:

Passing reachability information about networks to other routers

Receiving reachability information from other routers

Reacting to, compensating for, and advertising topology changes in an internetwork

14.Why do routing protocols use metrics?

Answer: A route metric, also called a route cost or a route distance, is used to determine the best path to a destination. Best is defined by the type of metric used.

15.What is convergence time?

Answer: Convergence time is the time a group of routers take to complete the exchange of routing

Answer: Load balancing is the process of sending packets over multiple paths to the same destination. Four types of load balancing are:

17.What is a distance vector routing protocol?

Answer: A distance vector protocol is a routing protocol in which each router calculates routes based on the routes of its neighbors and then passes its routes to other neighbors.

Answer: Neighbors are routers connected to the same data link.

20.What is the purpose of route invalidation timers?

Answer: Route invalidation timers delete routes from a route table if they exceed a certain age.

22.What is the counting-to-infinity problem, and how can it be controlled?

23.What are holddown timers, and how do they work?

Answer: Holddown timers help prevent routing loops. If a route is declared unreachable or if the metric increases beyond a certain threshold, a router will not accept any other information about that route until the hold down timer expires. This approach prevents the router from accepting possibly bad routing information while the internetwork is reconverging.

24.What are the differences between distance vector and link state routing protocols?

Answer: A distance vector router sends its entire route table, but it only sends the table to directly connected neighbors. A link state router sends only information about its directly connected links, but it floods the information throughout the internetworking area. Distance vector protocols usually use a variant of the Bellman-Ford algorithm to calculate routes, and link state protocols usually use a variant of the Dijkstra algorithm to calculate routes.

25.What is the purpose of a topological database?

Answer: Each router floods a link state information advertisement describing its links, the states of its links, and any neighboring routers connected to those links, throughout the internetworking area. All routers store all received copies of the link state advertisement in a link state database. Each router calculates a shortest path tree from the information in the topological database and enters routes in its routing tables based on the shortest path tree.

27.Why are sequence numbers important in link state protocols?

28.What purpose does aging serve in a link state protocol?

A: Aging prevents old, possibly obsolete, link state information from residing in a topological database or from being accepted by a router.

29.Explain how an SPF algorithm works?

Answer: A router builds a shortest path tree by first adding itself as the root. Using the information in the topological database, the router creates a list of all of its directly connected neighbors. The lowest cost link to a neighbor becomes a branch of the tree, and that router’s neighbors are added to the list. The list is checked for duplicate paths, and if they exist, the higher-cost paths are removed from the list. The lowest-cost router on the list is added to the tree, that router’s neighbors are added to the list, and the list is again checked for duplicate paths. This process continues until no routers remain on the list.

30.How do areas benefit a link state internetwork?

Answer: Within a routing domain, areas are subdomains. They make link state routing more efficient by limiting the size of the link state database of each router in the area.

31.What is an autonomous system?

Answer: Depending on the usage, an autonomous system can be defined as an internetwork under a common administrative domain or a single routing domain.

32.What is the difference between an IGP and an EGP?

34.What metric does RIP use? How is the metric used to indicate an unreachable network?

Answer: RIP uses a hop count metric. An unreachable network is indicated by setting the hop count to 16, which RIP interprets as an infinite distance.

35.What is the update period for RIP?

Answer: RIP sends periodic updates every 30 seconds minus a small random variable to prevent the updates of neighboring routers from becoming synchronized.

36.How many updates must be missed before a route entry will be marked as unreachable?

Answer: A route entry is marked as unreachable if six updates are missed.

37.What is the purpose of the garbage collection timer?

Answer: The garbage collection timer, or flush timer, is set when a route is declared unreachable. When the timer expires, the route is flushed from the route table. This process allows an unreachable route to remain in the routing table long enough for neighbors to be notified of its status.

38.Why is a random timer associated with triggered updates? What is the range of this timer?

Answer: The random timer, whose range is 1 to 5 seconds, prevents a “storm” of triggered updates during a topology change.

39.What is the difference between a RIP Request message and a RIP Response message?

Answer: A Request message asks a router for an update. A Response message is an update.

40.Which two types of Request messages does RIP use?

Answer: A Request message may either ask for a full update or in some special cases it may ask for specific routes.

41.Under what circumstances will a RIP response be sent?

Answer: A Response is sent when the update timer expires, or upon reception of a Request message.

42.Why does RIP hide subnets at major network boundaries?

43.Which UDP port number is used to access IGRP?

Answer: IGRP does not use a UDP port. It is accessed directly from the network layer, as protocol number 9.

44.What is the maximum IGRP internetwork diameter, in hops?

How Upskilling With Computer Networking Makes Me Better At My Current Job?