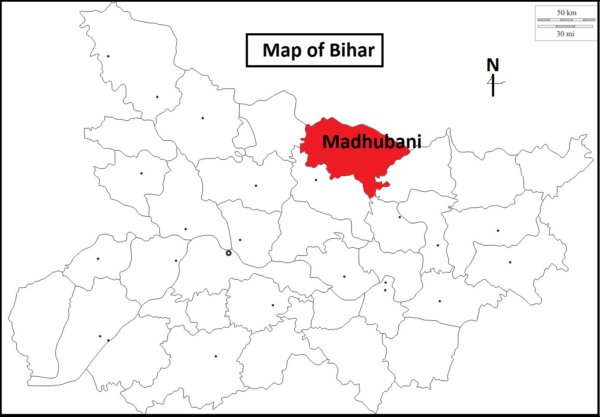 A Full list of popular attraction of Madhubani District are – 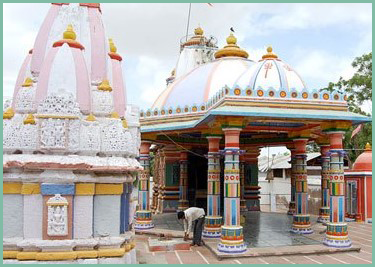 Kapileshwar temple is located in the Rahika region of Madhubani District. This village is also known as Kapileshwar sthan. This temple is dedicated to Lord Shiva. According to the local history, everybody believed that a Shiva linga was placed at this site by a saga named Kapil. Darbhanga Raj of the Royal family takes the responsibility to maintain this holy temple for several years. Every Monday local Peoples come here to complete their pray and especially during the Bengali month of Shravan this silent place became very much crowded. Every year in Mahashivratri this temple hosts a huge fair and many visitors come here to celebrate the occasion.

saurath-sabha- Madhubani District in -Bihar
1 of 2

Saurath is small roadside village situated at a distance of 6 kilometres from the town of Madhubani. Somnath Mahadev Temple is the main attraction of this village. The temple is dedicated to Lord Shiva. This place is used for traditional gathering also known as the Saurath Sabha Gachchhi. Every year, all the Maithili Brahmins of the nearby village meet here to discussing their tradition and that’s why this village become a very popular attraction for every visitors. Uchaitha is a beautiful village located in the Benipatti Block. This village is famous for the Sati temple. The temple is also known as Bhagwati temple. The temple is dedicated to goddess Durga. The holy temple of Durga Mata is situated on the bank of the Thumne River. Uchaitha is also popular for its historic stories, everybody believed that here goddess Bhagawati was exclusively impressed by the talent, skills and dedication of Kalidas and blessed him. 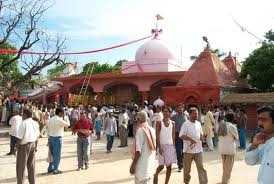 Bhawanipur village is located in Madhubani District. It is situated just 5 kilometres away from the Pandaul Block headquarters. The village is popular for the Ugaranath temple and its association the famous poet Vidyapati. According to the Indian Mythology, Vidyapati was an ardent devotee of Lord Shiva. Impressed by the poet, Lord Shiva started began serving him as a servant, Ugana.

Nager fort is also known for its anther popular name Naulakha Place. It is situated in the Rajnagar town of Madhubani District. This historical and archaeological place is the major attraction for every archaeologist. In the year of 1934 earthquake this fort was destroyed after that it was newly constructed by Maharaja Shri Rameshwar Singh. Once upon a time, the Royal family used it for their residence purpose but this magnificent structural fort now just stands there like a Khandahar.

If you love adventure, so friends don’t waste your time and visit all amazing destination in Madhubani District, which I have already mentioned.