The first projectors on the car windshield (HUD displays) appeared back in the late 90s, although then, along with other technological developments, they were available exclusively for military personnel and they had a monochrome picture. The first such projectors were developed for military aviation. They displayed information about the state of the aircraft on the glass of the pilot’s helmet, which, under conditions of high speed and the need for full attention, became simply an irreplaceable invention. As for the development of technology in the automotive context, we should not forget about BMW, which was the first European manufacturer to project digital data from its sensors onto the windshield of a car. In this article, we will touch upon the already popular types of these displays and describe the new one.

The HUD – display allows the driver to see all the indicators of the car (speed, number of revolutions, temperature of the cooling system, mileage, fuel consumption, etc.) directly in front of you, on the windshield, without turning or tilting your head. This feature significantly increases the level of safety during the trip, and ensures that the driver is focused only on the road. Currently, there are various advanced models of HUD displays, which allow you to display a picture with additional information on the windshield. They can display the tachometer indicators, the operating mode of the active cruise control, information about the degree of lateral overloads and the inclusion of side lighting, as well as the driver can see the picture from an infrared camera night vision.

Such a device consists of a high-brightness LED display and fasteners that help to securely fix it on the dashboard of the car, from where the image is projected. In addition, a special thin film, which is applied to the windshield and displays the image from the projector, is included. In all respects, this invention can safely be called a leader among new auto-tuning products.

It is possible to divide all existing types of projectors, which are put into the windshield, using the method of their connection:

This is the easiest way to install HUD displays. This is also the best connection option if your car is under warranty and it is very undesirable to deal with an on-board computer. Moreover, when you are using Rental24h.com, this connection method will suit you best.

This is the most difficult way, which is better to entrust to professionals. Types of HUD – displays vary, also, based on their functional features, which should be learnt before their purchase. 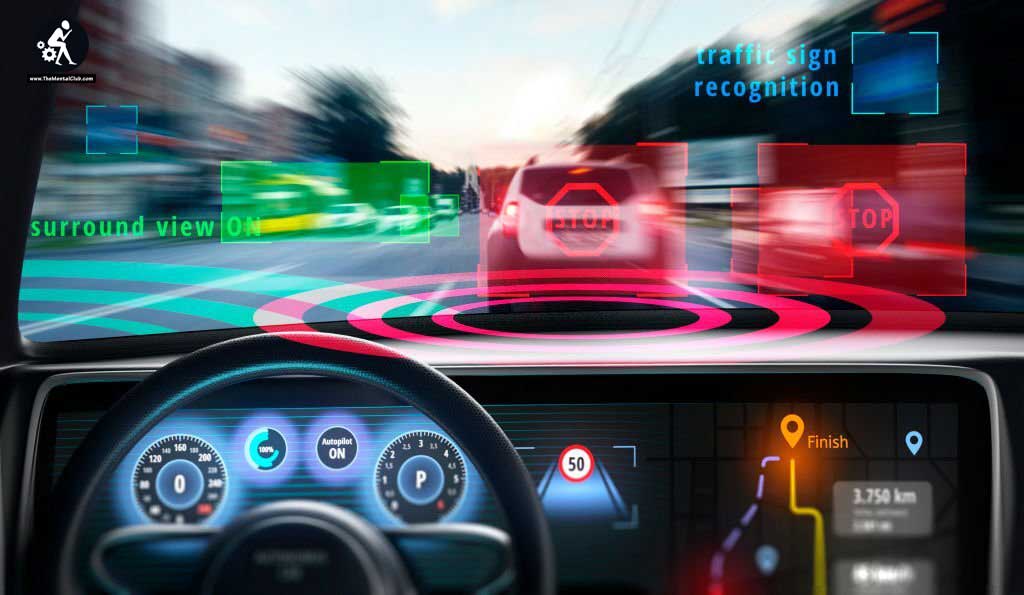 Installing the projector on a car windshield

In case you still want to connect directly to the on-board computer yourself, you should follow these recommendations: carefully remove the skin from the left rack and front panel, and then the wires from the projector should be let out to the pedals under the panel. Next, find the bundle of wires that comes out from under the hood and pull the projector wires into the space under the hood. Get out of the car, open the hood, find the outstretched wires (they are usually located behind the left headlight), remove insulation from them and pull them out of the passenger compartment.

Be sure to disconnect the negative terminal from the battery. Red wire, near the left headlight, connects to the positive terminal, black – to ground, white – to the speed sensor. After that, collect all the wires in a bundle and isolate them. Replace the skin from the left pillar and front panel. Glue the film on the glass and connect the projector. Before gluing the film, the windshield should be washed well and moistened with water, and after gluing, remove the remaining water with a scraper. Setting up the projector is easy enough, as you can yourself set the settings, adjust and save them. An innovative system that is capable of projecting augmented reality is getting closer to its embodiment. Swiss WayRay have developed a system that uses smart glass. The system is capable of overlaying current data, such as directions, speed limits, etc. on the windshield, creating a virtual display. The device uses a front-facing HD camera and data display to show directions and other information. In addition, WayRay seeks to work with third-party developers to create applications that could, for example, highlight where the nearest cafes or gas stations are located. However, in order to implement the concept, it is necessary to install a special windshield in the cars.

A car windshield projector is an optional equipment that makes it easier for the driver to get important information during the trip. In this case, the projection is put on the windshield in front of the eyes, so it is not necessary to look away from the road. Previously, the HUD display was the prerogative of a luxury class auto, but now a useful device has become available for installation on different vehicles, including inexpensive ones. Manufacturers of additional automotive equipment produce a wide range of projectors: from the simplest to multifunctional.