Home Others 15th August 1947 in The INDIAN History

15th August is a memorable or never forgettable day in the history of India. August 15, 1947, a red-letter day for the Indians, is celebrated with great fanfare and show, across the length and breadth of India. The day, which is a national holiday, is dedicated to all those brave freedom fighters who fetched India her due respect and the much-desired independence from the British rule. In this article, I have decided to tell our readers about the history of 15th August or history of Independence Day 15th August 1947.

History of 15th August 1947 in The Indian History 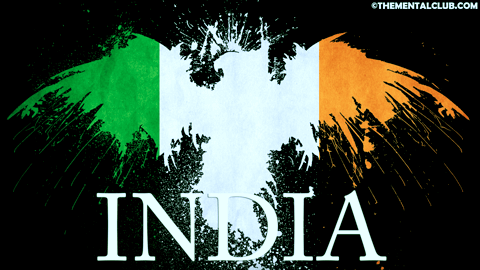 On June 1947, Muslim League and the Congress Party decided to partition India along religious lines. Thus, on the 14th of August, Punjab has divided and a new separate nation, Pakistan was born. On 15th August 1947, Jawaharlal Nehru read out his famous speech “Tryst with Destiny” at midnight announcing India was a free nation. The British had finally retreated and India was reborn as a free and independent nation. Jawaharlal Nehru, one of the most eminent freedom fighters who India owes her Independence too, was sworn the first Prime Minister of independent, free India. There are lakhs of our freedom fighters who sacrificed their lives for our bright future. Let we celebrate the 71st Indian Independence Day.

Before the 18th century, India’s relationship with the West had been predominantly traded-related. All this changed, when the forces of the East India Company defeated Siraj-ud-Daulah, the Nawab of Calcutta. That signaled the arrival of the British as rulers. Until the Sepoy Mutiny of 1857, the East India Company, with the Governor General as its head, ruled the subcontinent.

After that, the Crown took over the administration, with the Viceroy served as its representative.

In the 20th century, the country witnessed the rise of many leaders such as Gopal Krishna Gokhale, Jawaharlal Nehru and Sardar Vallabhbhai Patel. Banded under the leadership of Mahatma Gandhi and his doctrine of non-violence, the freedom struggle moved ahead with new vigor. Milestones like the Quit India Movement, Non-Cooperation Movement, Khilafat Movement and Gandhi’s Dandi March brought the inevitable freedom closer.

15th August 1997, The Indian Independence Day and the History

The Partition of India (1947): The breakout of redolence and a constant demand for a separate nation for the Muslims was becoming a constant factor at the far end of the freedom movement. The Muslim League in 1946 followed Jinnah’s orders for a Direct Action Day to demand a new state when the party leaders got arrested because of their resistance to the war. The Muslim League was in accordance with the British. Members of this group acted out irrationally creating havoc and violence in north India, costing thousands of lives. This, in turn, was concluded to be an irreconcilable dispute between Hindus and Muslims and a new nation for the Muslim was agreed to Independence Day- History with celebrations.

Indians proudly fly their tricolor Flag, sing patriotic songs like “Vande Mataram“, “Jan Gan Man” etc. and enjoy the day with their friends and families. India’s national flag is a horizontal tricolor of deep saffron (Kesri) at the top, white in the middle and dark green at the bottom in equal proportion. The ratio of the flag’s width to its length is two to three. A navy-blue wheel in the center of the white band represents the chakra. Its design is that of the wheel which appears on the abacus of the Sarnath Lion Capital of Ashoka. Its diameter approximates to the white band’s width and it has 24 spokes.

Media is not far behind as most of the channels telecast latest or classic films based on the independence theme. Also, there are patriotic programs that are organized and broadcasted. In short, every person in the country revels in the nationalistic pride.

How the Indian ODI cricket Jersey has updated over the past...

How to detect Earthquake with Smartphone!