The first look of Google Pixel 3-Pixel 3 XL leaked. Google’s new smartphone Pixel 3-Pixel 3 XL launched very soon, A few days later Google can Lunch these two models on the market. If you are looking for better phones then The First look of the phone, Google Pixel 3 and Pixel 3 XL will impress you. The phone looks very impressive in the first look. Because, On this phone, Google used a notch display with Two front cameras.

How many days now we pixel 2 XL was probably my favorite device. I even used more than one version of it. In this device, it is a pretty big notch to it comes down. 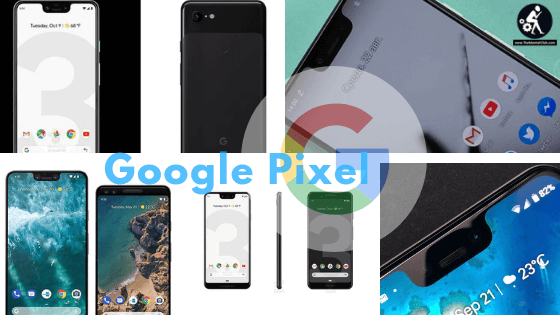 If you see the top of the phone two front cameras are clearly visible on the Pixel 3 XL model. The small version of this phone Pixel 3 also has dual front camera setup. In the Last week, Google has leaked photos of these two phones. In the leaked photo you can see the fingerprint sensor is used on the back side with a single rear camera setup. Pixel 3 XL comes with Notch display but Pixel 3 launched with without notch screen.

In the Pixel 3 XL model has inbuilt with many types of sensors like proximity sensor, ambient light sensor, NFC, Compass sensor. In both models, Google has given Two Speaker for Stereo Sound System. Pixel XL Comes with 6.2-Inch QHD+ (1440×2880 Pixel) Display, Which will be longer than Pixel 3. This mobile will be Bigger than any others Google phone in the Pixel Serease.

When you see behind the phone, the back parts of both model is the same, and it is similar to Pixel 2. There is no dual camera behind the phone you see a Big Google logo on the phone. However both of this phone support wireless charging.

Both of this Upcoming Google Phones provide a better camera than the earlier pixel model. On this phone, you expected a big Qualcomm Snapdragon 845 SoC processor with 4GB RAM.