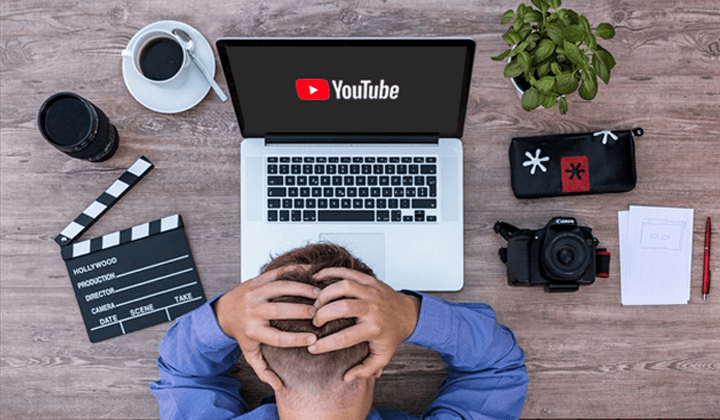 YouTube is a huge platform, one that categorically works with artists and creators to help them earn a fair buck for their work. While there are several platforms that provide such a service now, YouTube was the first one to implement such an infrastructure.

Youtube has dominated the market in such a brilliant way that it has become synonymous with “video”. Since 2007, when it first started paying people to upload videos on its platform, people went bonkers over it.

It was simple: the more views you get, the more money goes in your pipeline.

What conspired later was what happens with any freeware platform: it started getting abused by pirates and click baiters.

To tackle such people, it termed them as “bad actors”. The world’s 2nd largest search engine came up with premier “YouTube monetization rules“, people could only monetize their videos if they had over 10,000-lifetime views on their channel. Considering it was 2007, the early days of the technology “big bang”, this seemed like a fair way of controlling piracy and copyright infringement.

Quite recently, due to advanced algorithms and SEO, gathering views became a cakewalk, even for the bad actors. So YouTube updated its monetization rules. In 2018, it announced that in order to monetize videos, channels required at least 1000 subscribers and 4000 hours of watch-time in the last 365 days.

The new rules were meant to create a stricter environment against bad actors. The new limitation, from YouTube’s perspective, is enough to weed out pirates and infringers from the platform. Although in this fight, the collateral damage was done to the creators who could not fulfill the new rules and lost thousands of dollars of revenue.

YouTube has also hardened its policies about tolerating graphic and offensive content. This happened because of the “Logan Paul incident”. Logan Paul, a super famous YouTuber with around 20 million subscribers, posted a video of a dead body hanging in the woods. The guy had apparently committed suicide and was found by Logan and his crew while they were filming a vlog.

This was a turning point for YouTube since this incident suffered a lot of backlash from people all over the world. Thus, there was a need for a change and YouTube knew it.

It is harder than ever to qualify for the YouTube Partner Program after the announcement of YouTube’s new rules. Now, generating revenue through ads is a herculean task, and those already making ad money have to recheck their numbers.

Moreover, they changed their ad qualification process from an automated one to a manual one. Instead of an algorithm, YouTube employees will check to see if a video is advertiser-friendly or not. All these new policies are a big disadvantage to new YouTubers who are trying to find their way to the top.

As a result of this fiasco, a lot of YouTubers are diversifying their videos into different platforms. But most of them are moving to their own video on demand platform because of all the advantages it holds. Video creators immensely get benefited through these platforms where they not only gain more revenue than before but also gets other impeccable benefits as listed below 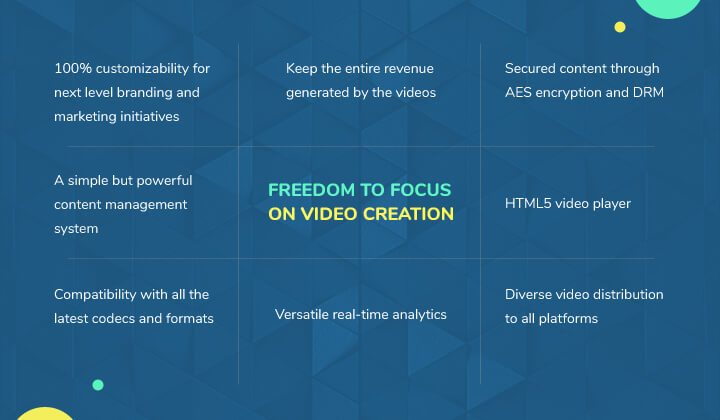 So if you have been affected by YouTube’s demonetization row, the best chance for you to regain your ad revenue and retain your subscribers is to move to your own video platform. What would be a better way to work than being a boss for your platform.

You ‘ll be the primary decision-maker. You’ll make your own rules. You’ll decide how your channel looks. You’ll ensure that your video reaches your audience. Wouldn’t it be awesome to get a personalized platform that gives you the full freedom to do what you really love: making awesome videos.