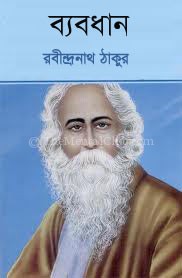 “Babodhan” is a story between two cusin brother. Main character of this story is Banamali and Himansu. Banamali is a elder brother and Himansu is younger brother. Banamali loves himansu very much from the childhood. when Himanasu grown up, both of they become very good friend with each other. Everything is going very smooth. Later there is a problem between these 2 families for a lemon tree. Banamali won the court case ultimately. After that Himansu never come to meet Banamali and Banamali waiting for him soo long. Thats the main story of babodhan.

Rabindranth is more popular among India and Bangladesh where he is called Bishwa Kabi. He was also the composer of two National Anthems; ‘Jana Gana Mana’ for India and ‘Amar Shonar Bangla’ for Bangladesh.Download Rabindranath Tagore Book from the given download link….